Positive attitudes towards touch are linked with greater well-being and lower levels of loneliness, according to a global survey conducted by researchers from Goldsmiths, University of London.

The Touch Test – a collaboration between BBC Radio 4’s All In The Mind and the Wellcome Collection – investigated public attitudes and experiences of touching and being touched. Running from 21 January – 30 March 2020, the majority of the online survey primarily took place before the UK went into lockdown.

Data collected from 40,000 respondents based in 112 different countries, showed that (pre-pandemic) most people view interpersonal touch positively and nearly half of adults feel that society does not enable us to touch enough.

Some 88% of respondents liked public displays of affection from their partners and 79% said they liked it when a friend touched them. Women said that they like public forms of touch more than men. People who said they do not like touch were more likely to be people who find it difficult to form trusting relationships.

The survey also showed that older people tend to have more positive attitudes towards public forms of touch, but reported less positive experiences of childhood touch than young people.

One part of the survey explored people’s favourite and least favourite materials to touch. The world’s top three emerged as fur, velvet and silk. The top three materials people dislike are slime, sandpaper and nylon.

Other results from the study include:

This largescale study provides one of the most detailed sources of insight on contemporary attitudes towards touch, at a time when the coronavirus pandemic has brought the subject of touch into the heart of everyone’s lives.

Professor Michael Banissy, Head of the School of Professional Services, Science and Technology at Goldsmiths said:

"It was fantastic to have such a diverse and large group of people take part in The Touch Test – we are really grateful to everyone who completed the study. The data provide one of the most detailed sources of insight that we have on contemporary attitudes and experiences of touch. It indicates the importance of touch in our lives, and shows the crucial role that individual differences play in this. We’re looking forward to sharing and building on the results to further understand the personal and social contexts that influence the impact of touch in our lives.”

Claudia Hammond, presenter of Radio 4’s All in the Mind and The Touch Test and Visiting Professor of the Public Understanding of Psychology at the University of Sussex said:

“The response we had to the study shows what a critical topic touch is in society today and of course with social distancing due to the pandemic touch has taken on a new resonance. These results show that our likes and dislikes around touch are nuanced and vary from person to person. Half of the people who took part in the study feel even before the pandemic today’s society does not provide enough opportunities for interpersonal touch. But it’s clear that not everybody wants more touch. This shows we should always take other people’s personal preferences into account.”

The full results were revealed in The Touch Test: The Results, which broadcast on Tuesday 6 October on BBC Radio 4, presented by Claudia Hammond and a panel of guests.

A week of programming on Radio 4 includes the series Anatomy of Touch, with guest contributors including Professor Banissy. Topics covered include touch hunger, touch and culture, technological substitutes for touch, touch and health and #metoo. Episodes of Inside Health and Inside Science devoted to the topic of touch and a poetry programme about poetry’s long relationship with touch will also be broadcast by BBC Radio 4.

To accompany the research, Wellcome Collection has commissioned the arts organisations 20 Stories High in Liverpool, and Revoluton Arts and Sudha Bhuchar in Luton, to produce new works for theatre. 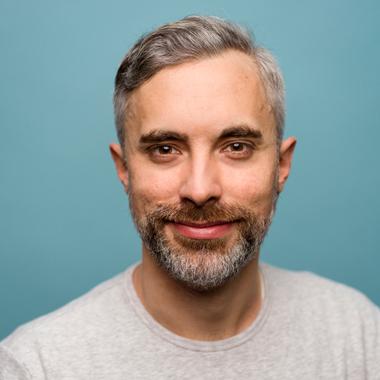 Alice is an expert in the science of sleep, studying the links between sleep and psychopathology across the lifecourse