David Heinemann is a PhD candidate in the Department of Media, Communications and Cultural Studies at Goldsmiths and winner of this year’s AHRC Research in Film Award in the category of Best Doctoral or Early Research film.

The short documentary, Voices Apart, which was directed by David with Elvina Nevardauskaite and forms part of David’s PhD, was selected from 100s of entries reflecting the best films made during the course of, or as a result of, arts and humanities research.

On the advice of Robert Smith, one of David’s PhD supervisors, David and Elvina founded the company Broken Island Films in 2015 to help finance and produce films for the doctorate. Voices Apart is their third production.

We caught up with David to discuss the project and how he uses film to communicate his research on the role of speech in the cinematic representation of psychosis.

Sarah Cox: Can you tell us about your PhD, The Voice Fantasmatic: The Role of Speech in the Cinematic Representation of Psychosis?

David Heinemann: I set out to explore the ways in which psychosis can be represented on screen. In drama it’s often treated in a sensationalistic manner. We’ve all seen it in thrillers and horror films. But there are many films that aim to represent the experience in a more sympathetic manner, sometimes from the inside, subjectively.

The cinematic devices mobilised for this purpose tend to have the objective of blurring the boundary between the real and the imagined, of generating in the audience a feeling of uncertainty about where reality lies. People suffering from delusions and hallucinations have this experience. But I think we’ve all had at least moments in our lives of this sort of confusion, for example that liminal moment between waking and sleep when you might suddenly hear a voice that you take to be real.

The genre of the fantastic in literature exploits this region of ambiguous perception and understanding, so this also forms part of my study. As I progressed, my focus narrowed to the role of the voice in this representation – not only in drama, but also documentary – because voice-hearing is common among people suffering the after-effects of traumatic experiences, and the voice has a peculiar way of crossing the boundary between internal and external, subjective and the objective. 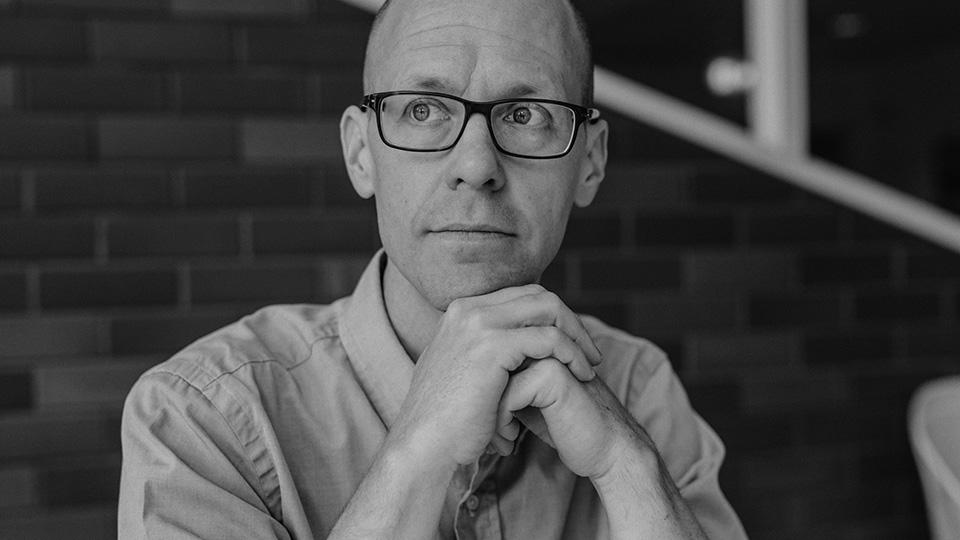 SC: How did you first become interested in the subject of voice and psychosis?

DH: It began with personal encounters with people who hear voices. I was struck by the vividness of the hallucinations and the tenacity of the delusional beliefs – though given the strength of the perceptions, of course it’s not surprising they should be believed. As one of our contributors says in Voices Apart, “when it's happening I think a human is incapable of thinking rationally and understanding that a hallucination is a hallucination because he has already experienced it as reality.” Despite this, some people are able to stand back from these experiences and understand them as a mental manifestation.

When we interviewed our Voices Apart contributors they all had this “double-mind” and were able to understand their voice-hearing from two perspectives. This is another aspect of the condition that, from an artistic perspective, is very rich. In his book on the fantastic in literature, Tzvetan Todorov writes that the fantastic “lasts only as long as a certain hesitation”. As long as the ambiguity is maintained, the fantastic persists. From a filmmaking perspective, if the objective is to represent the experience of voice-hearing subjectively, then the challenge is to create and maintain a sense of ontological insecurity.

SC: How did the Voices Apart film project develop?

DH: In 2016 Elvina and I interviewed people who had been hearing voices for some years. Two of them had spent time in psychiatric wards (about which they held completely contrasting views). In order to protect their privacy we didn’t film them; we only recorded their testimony.

We transcribed these 90-minute interviews and drafted a paper edit in which we traced the stories of the contributors in parallel: from the onset and nature of their voice-hearing, to some of the unusual and disturbing experiences they’ve had, to a reflection on their personal journey. We had the audio and a draft structure, but we still needed to supply the accompanying images. We spent a great deal of time trying to find the right form for the film. It was only after a failed practical attempt, and another couple of scripts, that we hit upon the idea to have actors play the documentary subjects and to lip-sync to the original recorded testimony.

SC: Voices Apart is intended to help the viewer find empathy with people who have psychosis. Why do you think film is a good way to do this?

DH: We aimed to make a film that would encourage the audience to empathise with the subjects’ suffering, but also with their common humanity. We were fortunate with our contributors; they were very articulate and had thought a lot about their experience. The actors portray them in a guileless, understated manner, often looking right into the camera, confronting the viewer, but also encouraging a sympathetic engagement in spite of the challenging nature of their stories.

As distinct from literature and theatre, cinema has the particular power to represent reality in a way that can (as André Bazin famously said) bear away our faith. We can witness the most uncanny things, but presented in a world that looks and sounds just like our own. The realism of the medium can contribute to the force of ambiguous perception.

In Voices Apart we tried to exploit this through the re-enactments which appear to occur in the present tense of the film even as the subjects describe them in the past tense. Hopefully this creates a disconnection in space and time that not only disorients but also highlights a key element of trauma, that unlike normal memories, memories of trauma recur like a present-tense experience.