Grittier musicians are more likely to lose themselves in the ‘flow’ of a performance regardless of whether they believe their intelligence and talent can be improved by effort, new research suggests.

A study published in the journal Music & Science by psychologists at Goldsmiths, University of London explored the non-cognitive traits which could determine whether musicians can reach the fully-absorbed and satisfying feeling of flow (or being "in the zone") experienced during musical performance.

Characterised as a state without self-consciousness, doubt or anxiety, flow is a psychological phenomenon which scientists have only recently begun to understand.

The study, led by Professor Joydeep Bhattacharya, looked at two popular non-cognitive traits, grit and growth mindset, in 162 musicians between the ages of 18 and 57 years. The majority were based in Malaysia.

Grit is defined as having perseverance and passion for long term goals, and growth mindset is the belief that abilities like intelligence and talent can be improved through effort.

The researchers found that flow experience - as self-reported by the musicians - is correlated with their grit but not with their growth mindset. The authors suggest this could be the result of cultural beliefs on how much of a person’s talent is natural or the result of training.

Grit did not predict flow experiences over and above other factors that have previously been linked to flow in musicians. These include personality traits like conscientiousness and emotional stability, daily practice hours, and music performance anxiety. Grit may be more relevant for experiencing flow by helping a musician get the practice hours in than as a factor in and of itself, the researchers conclude.

Jasmine Tan, a PhD researcher and first author of the study, said: “Grit is exhibited by successful individuals who keep going even when the going gets tough and rough, and is particularly required for goals that are personally relevant and require a long-term commitment.

Study lead Professor Bhattacharya said: “Musicians value flow experience enormously because it is so rewarding. Here we investigated how two popular non-cognitive personality traits, grit and growth mindset, are related to flow in musicians. Growth mindset was not correlated with either grit nor flow.

“Our sample of musicians came predominantly from Asia and our results could indicate a cultural difference in the idea of a growth mindset. Prior research has found that, compared to learners in Western countries, natural talent is often perceived to be more influential than hard work. We understand growth mindset could be culture-dependent, and in certain cultures, creativity is considered to be more fixed and less changeable. Future research should explore the links between this idea and growth mindset.

“Flow and grit were highest in those musicians with the most musical training, offering a tantalising hint as to the effects of non-cognitive factors and flow experience in motivating musicians to undertake long years of training and practice. So, it seems, putting in the hours of daily music practice may hold the key to flow.” 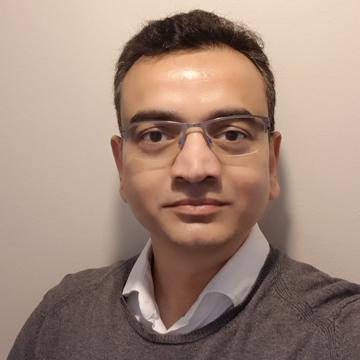