Persistence of Vision: Women Reframing Animation is a one-day symposium taking place on Friday 28 June to explore, discuss and celebrate the radical potential of women in animation.

We caught up with organiser Ceiren Bell, a freelance animator and convenor of the Integrated Degree in Media and Communications at Goldsmiths, to hear her thoughts on animation as an accessible and powerful medium despite the failure of big studios to be inclusive and representative.

Sarah Cox: Would you say animation is more accessible to women and other marginalised social groups than alternative methods of storytelling?

Ceiren Bell: Most forms of cultural production are easier to engage with than ever before, provided you have a computer, smartphone and broadband. But because of its particular social, cultural and technological accessibility, animation has always attracted those who are traditionally excluded from systems of power. We grow up with animation as popular culture so most people feel they have some ownership and understanding of it. They don't see it as excluding, exclusive, or requiring significant resources to be part of, like live action film directing. This inclusion and ownership means that the idea of animation as a means to tell one's own story is less intimidating and prohibitive than making a 'proper' film might be.

SC:  How have advances in technology supported this accessibility?

CB: It’s had a huge impact. You can work independently far more easily now. Twenty or thirty years ago, apprenticing in the industry - almost certainly to an older white man - would be the only way of becoming a working animator. Making films on your own depended on access to expensive equipment and significant amounts of confidence, time and technical know-how, which (generally speaking) are qualities that are a lot easier to come by if you're straight, white, middle class and male. All these elements now make animation a more accessible means of creative storytelling than most, however, there is also far, far less funding for independent productions now than there used to be. Those excluded from systems of power feel this more keenly than anyone. 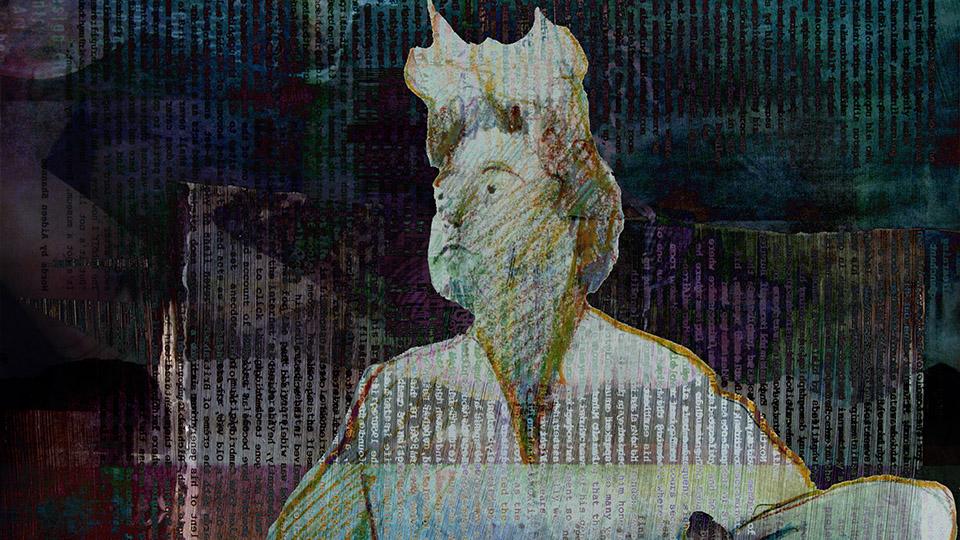 (A still from one of Ceiren Bell's works in progress)

SC: Why does animation attract marginalised voices? How can it empower them?

CB: Lots of people have made a basic animation on their phone, or know that it can be a relatively simple process; this makes people far more readily engaged with it generally. There are no creative limits. If you can imagine it, it can come into being. You can invent a new universe unbound by any kind of natural or social law. This is a considerable creative power, particularly for those who don't see their rich, varied lived experience reflected in other culture around them.

You can address things in an animation you simply wouldn't be able to get away with in live action so it’s a perfect medium for challenging the status quo. Animation has a deeply subversive and disruptive history in both form and content - it has frequently been attacked as a denigrated and denigrating cultural medium, while animated characters throughout history have continually broken all manner of laws and codes, both natural and cultural. Alongside this is access to the empowering idea of creative production as a legitimate pastime or even a paid occupation - something that has historically only been available to a small fraction of society.

SC: Does this contrast with the reality of working in the industry, particularly re. big studios and big budget productions?

CB: The possibilities and potential of animation draws in a variety of voices but this diversity is not reflected in industry. There have been recent improvements from big studios in terms of challenges to stereotypes or the visibility of social groups, but if the industry overall fails to be inclusive then there's a danger this functions as evidence that nothing else needs to be done. We still don't have big budget animations that truly reflect the lived experiences of black and brown people, the queer experience, or working-class lives in all their complex variety, and this is because the diversity of all those many people who are excited and entranced by animation falls away as soon as you enter industry level.

The radical, subversive power of animation must always be balanced against systems of power that keep those factors in check. And while our positions as women, as non-binary, as black, as queer etc is often central to the stories we tell through animation, we should not be reduced to these: we have many, many other things to say. What these might be, and how we might do that, is the focus of the symposium.

SC: Who are some of the new voices using animation for communicating unheard subjects?

CB: There are so many women making radical, exciting, intersectional work that reflects a richness and diversity of experience and has something to say about the world. Jessica Ashman teaches at Goldsmiths; she creates experimental narratives that explore gender, identity and race, using traditional animation techniques, installation and performance. Kate Jessop makes short films, promos, artists films and video, often with a focus on queer experience; the joyful aesthetics and comedy of her work belie the serious points she makes around everyday misogyny and homophobia. Sophie Koko Gate creates gloriously weird, surreal and often disturbing animations that make the most of animation's subversive potential. Anushka (Nush) Kishani Naanayakkara is a BAFTA-winning animation director whose films explore human relationships through fantastical characters and otherworldly surroundings. Her use of materials like wool and felt make her work particularly moving and affecting.

These are women working within the industry now, against the odds; all are making the most of the power animation has to subvert, create and imagine new worlds and new possibilities.

Persistence of Vision: Women Reframing Animation takes place from 9am – 6pm in the Professor Stuart Hall Building on Friday 28 June. Seats are free but must be booked through Eventbrite. 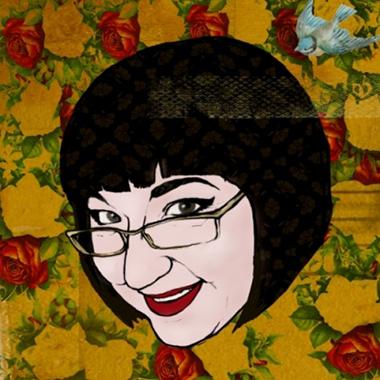 A graduate from our BA Media and Communications, Ceiren is a freelance animator and convenes our Integrated Degree.