This MA is designed for students interested in new ways of exploring and understanding the social world through the use of visual, sensory, and other experimental approaches. You’ll study sociological issues alongside innovative methods and gain the tools needed to examine, represent and intervene in the social world.

If you have specific questions about the degree, contact Marsha Rosengarten or Dr Michael Guggenheim.

In the first part of the course, you will take ‘Methodology Now’ a compulsory practical component, ‘Visual and Inventive Practice’, that offers the opportunity to gain skills in photography, sound and video and to develop materials that engage a sociological imagination. A central focus is on how to translate a research question into a variety of materials or media and to be able to critically discuss the selection and use of these.

In the second term you continue with a practical core module in inventive sociology, ‘Social Research for Public Engagement’, in which you will work individually or in groups to respond to a theme to create a visual, sensory or experimental object or media to be exhibited to a particular public. Assessment of the practical work includes a diary of research process alongside documentation of work. You will also take a core module, Thinking Sociologically.

In the summer term, you will complete a dissertation involving a major practical project consisting of any media and addressing a specific sociological problem. You will meet for individual supervision with a member of the Sociology staff. The dissertation is a substantive piece of research in which you develop a visual, inventive or experimental approach to a topic of your choice.

You should have (or expect to be awarded) an undergraduate degree of at least upper second class standard in Sociology or a relevant/related subject.

As part of the selection process, you may be offered an informal interview with the Programme Convenor.

Staff who teach on and contribute to the programme include:

Les is Professor of Sociology and has been the director of the ESRC-funded Live Sociology Programme, which trains social researchers in the use of new media in ethnographic social research. His most recent book is The Art of Listening (Oxford: Berg, 2007).

Rebecca is Senior Lecturer in Sociology at Goldsmiths. Her research and teaching focuses on visual and sensory sociology, the body and inventive research methodologies.

Recent publications include Transforming Images: Screens, Affect, Futures (2012) and, co-edited with Jessica Ringrose, Deleuze and Research Methodologies (2013). She has organised an exhibition on 'Surfaces in the Making' featuring international artists, and is currently working with artists, designers, curators and academics to develop methodologies for studying time (especially presents and futures).

Michael is Senior Research Fellow in Sociology and directs an ERC-starting grant project “Organising Disaster”. He is also working on a multi-media project, which deals with forecasting disasters. He has been a co-curator of “die wahr/falsch inc.” a sociological exhibition on the relationship of science and society in Vienna.

Britt is an independent visual artist and researcher working with film, video, sound and performance. After receiving her BA in Fine Art Media at Chelsea College of Art she completed an MA at the Centre for Urban and Community Research (CUCR) and worked on various projects within the research group INCITE, Department of Sociology.

Kat joined Goldsmiths in June 2013 to lead an ESRC Knowledge Exchange project and teach on a series of undergraduate courses. She completed a PhD in Sociology at Goldsmiths and a Postdoc in the Sustainable Mobilities Research Group at the University of East London.

Nirmal is Senior Lecturer in Sociology at Goldsmiths. She works on postcolonialism; institutions, race and gender & critical methodologies and is interested in sound cultures. Most recently she has been directing Noise of the past, a collaborative public intervention in war and memory, launched in Coventry Cathedral during Remembrance Day.

Nina is Reader in Sociology at Goldsmiths and Convener of the MA in Visual Sociology. She founded and runs the research group INCITE bringing together social research and design, with particular relevance to high technology development.

The MA in Visual Sociology cuts across a range of research in the department and university, including on visual and sensory methods, digital sociology, science and technology studies, feminist theory and cultural theory. It has particular links to the Methods Lab. Other ongoing or recent projects conducted by staff involved in the MA include:

Visual Sociology attracts students from a wide range of backgrounds, including art and design, business, and the third sector, as well as those with social science degrees. This means the careers that they are interested in pursuing are wide and varied.

This MA helps students develop their critical and analytical abilities as well as a number of other practical skills and competencies, which are valued in different sectors. For example, as well as reflecting moves within sociology to study the visual and sensory, the MA also responds to how sociological methods – such as interviews, focus groups and ethnography – are increasingly used in commercial settings, including in social and market research, and in research and development for international companies.

The programme can lead to many types of careers including in the arts and creative industries, the charity and public sectors, and social research. A number of graduates from the programme are also interested in pursuing further academic research. 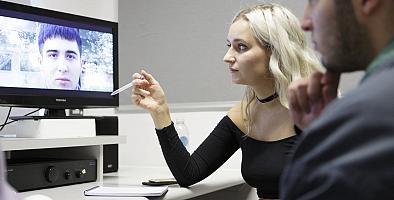 The MA Visual Anthropology offers a unique combination of anthropological theory and visual practice. It provides you with a strong foundation for producing visual work informed by anthropology. 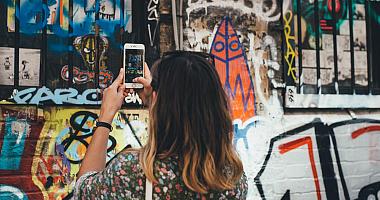 Explore the creative interplay between urban theory and the visual representation of urban cultures and places. 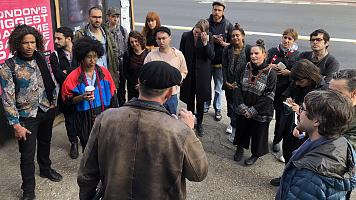 The MA Research Architecture is for graduates from a range of disciplines who want to examine how architecture can engage with questions of contemporary culture, politics, media, ecology and justice and question whether spatial practice can become a form of research. 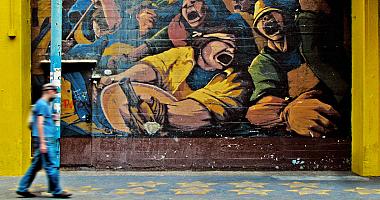 This degree brings together the rich work within critical and cultural theory, continental philosophy, cultural studies, and contemporary feminist and postcolonial scholarship.