Learn from industry professionals and develop your Musical Theatre skills in the home of the world-famous West End.

At present, the Summer School is suspended due to the on-going coronavirus pandemic. We are actively looking at ways to deliver the Summer School as soon as it is safe and possible to do so, so please check back frequently for updates.

“This summer camp was a great opportunity to experience the local musical culture of London and we also came into contact with first-rate teachers, and saw the latest musicals in the West End! This was the best experience I've ever had!”

The Goldsmiths Musical Theatre Summer School is a 2-week practise-based Musical Theatre course suitable for young people aged 12 and above who have an interest in dance, singing, performing, or musical theatre. The Summer School is led by industry professionals and frontline West End practitioners, giving an understanding of international Musical Theatre techniques and helping the students to realise their own potential in this field. Students work on a self-chosen song and are given a piece by the tutors which is best suited to their individual talents. At the end of the course, students perform a showcase to a public audience, allowing them to showcase their new skills and giving them a taster of live performance.

As well as enhancing students’ techniques in acting, singing and dancing, students benefit from workshops with industry professionals and frontline West End theatre practitioners and gain an understanding of international Musical Theatre techniques.

Students are given guidance on audition techniques and help on choosing the right audition material.

Throughout the course, students rehearse for a short musical, which is performed as part of a showcase delivered at the end of the summer school.

Studying in London, students experience the cosmopolitan atmosphere of this exciting city, which hosts some of the best musical theatres in the world. They experience the famous West End with a trip to a West End musical and workshops from theatre professionals.

After a week and half of intensive training, students spend time in Edinburgh experiencing the world’s largest Theatre Fringe Festivals. The stay in Edinburgh includes accommodation, a sightseeing tour and a show in emerging theatre talent.

The summer school also included various activities for students to partake in, including tours of famous and historical landmarks, picnics, and more.

“The course was a short, yet, professional intensive practical training that maximizes your individual talents.”

The teachers are also experts in their fields, bringing with them incredible talent and experience from the West End. Some of the previous Summer School teachers have included: 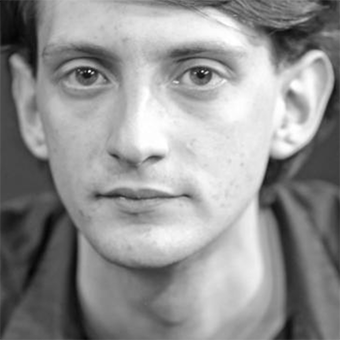 Sam Cable is a Musical Director, vocal coach and pianist. His previous credits include “Wicked” in the West End and on tour, “Three Days in the Country” and “Edward II” at the National Theatre. Other work includes “Jack and the Beanstalk” at Watersemeet, Rickmansworth, “Beauty and the Beast” at Camberley Theatre, “Grease” at Watersmeet, Rickmansworth, "Sleeping Beauty" at the Castle, Wellingborough, and “Footloose” at the Riverhead, Louth, as well as working on the National Theatre Connections Festival. Sam is also an experienced singing repertoire coach and apart from Goldsmiths, he also teaches for Mountview, the University of Winchester, Pauline Quirke Academy, West End Workshop and many others. 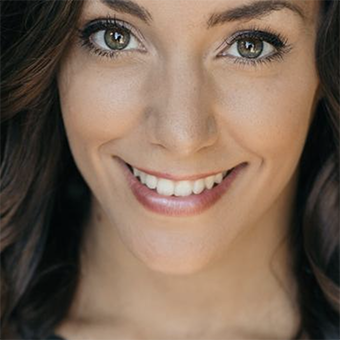 Alicia Mencia is a dancer and dance teacher specialising in Jazz, Ballet, and Contemporary. As a dancer, Alicia works both on TV and stage, and her previous work includes: Secret Cinema's (London) "Dirty Dancing" as ensemble/cover Baby and "Moulin Rouge!" as ensemble/cover Nini Legs in the Air, "Tarzan the Musical" in Spain, work on Nickelodeon, "Lazy Town Live" (International tour), and as a dancer for Selena Gomez, Enrique Iglesias, Alesha Dixon and Juanes. She will also be part of the CABARET UK Tour 2017. Apart from Goldsmiths, she also teaches at the American Musical Theatre Academy. Rob is currently the Head of Musical Theatre at the Urdang Academy and was formally the Head of Singing & Music at LAMDA in London, following his role as Head of Singing at Mountview Academy of Theatre Arts, London. He is a Fellow of the Higher Education Academy and is also a qualified Massage Therapist. As Musical Director his credits include: Oliver!, Grease, Little Shop of Horrors, The Drowsy Chaperone, The Secret Garden, Parade, Sweeney Todd and, most recently, MD/Arranger for Linzi Hateley - True Colours. Rob also regularly coaches professional performers/productions around the UK. As a composer his credits include: The Laramie Project; The Temperamentals; his debut album Scrapbook with fellow composer Verity Quade, featuring many West End performers. 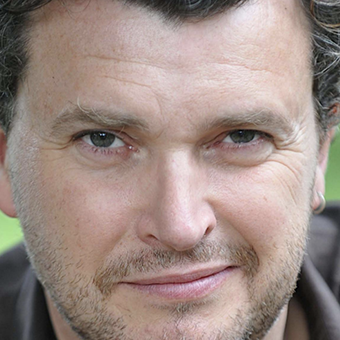 Pete Gallagher has 30 years of experience as a director, actor, and writer. His credits include “Jesus Christ Superstar” (West End, Arena Tour and movie), “Chitty Chitty Bang Bang”, “Dr. Dolittle” and “The Rocky Horror Show” and many more. He has teaching experience at prestigious institutions such as Guildford School of Acting: GSA, Mountview and Arts Ed London. Pete also has broadcast experience, working with the BBC on "Strictly Come Dancing". Through his varied background and experience, Pete Gallagher provides coaching and training for both young theatre enthusiasts and industry practitioners alike. Magnus Gilljam has a rich history in music, in particular opera and musical theatre. He has experience working with groups and productions throughout Europe, and his musical theatre credits include "Chicago", "Into The Woods", "High School Musical", "Dick Whittington", and more. His experience also extends to TV, broadcast and film, where he has lent his talents to the BBC's "Classical Star", ITV's "The Sound of Music Live", as well as work on the "Les Misérables" motion picture. He now works frequently with esteemed institutions through the UK and Europe to provide piano accompaniment, coaching, and teaching. 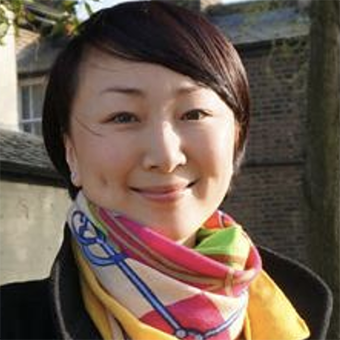 Annie Guo, Director of Goldsmiths Confucius Institute for Dance and Performance and Co-Director of Goldsmiths Asia Centre has worked on numerous large-scale productions in both China and the UK throughout her career, and as a producer she has worked on various notable productions, including work for China's largest international collaborative new creative musical to date, "Butterflies", as Executive Producer. She has also worked with Cameron Mackintosh on the Chinese version of “Les Miserables”, and for Jeff Wayne’s The War of the Worlds. Her other production credits include work on the cross-cultural project “Qing Shan”, and “Kung-Fu Masters and The Wheel of Life”. As a performer, Annie played over 900 performances as the lead actress in the musical “Tale of the White Snake”, China’s first new creative musical; she also performed in over 90 performances as the lead actress in the musical “Legend of Yang GuiFei”.