The catalogues below list the material available to researchers working in the Ivashkin-Schnittke Archive.

The Ivashkin-Schnittke Archive, assembled by Prof. Alexander Ivashkin (1948-2014), is currently housed in Special Collections & Archives, in the Library of Goldsmiths University of London. For information or access please email special.collections@gold.ac.uk or ring 020 7717 2295.

Please use the guidelines for each individual catalogue. We regularly update the catalogues as new material is added to our collection. If you require further details about any of the resources listed in the catalogues, please contact us using the details at the top of this page and we will be happy to help.

Schnittke Scores Catalogue (PDF) in the Ivashkin-Schnittke Archive includes listings by both catalogue number and name. The first section of the catalogue lists each score by reference number, as it is found in the archive. The second section of the catalogue lists scores alphabetically according to the name of the piece. Please note that the 'Corresponding CD's' column allows you to cross-reference the scores with the relevant CDs in the archive of the piece being performed.

The Schnittke Scores Catalogue 2 (PDF) lists each score by reference number, as it is found in the archive. Please note that the 'Corresponding CDs' column allows you to cross-reference the scores with the relevant CDs in the archive.

Catalogue of DVDs and VHS

The music of Alfred Schnittke (1934 – 1998) has an established place in concert repertoires around the world. It is regularly performed by major opera companies, orchestras and leading soloists at every important music festival and is studied by performance students at music schools and conservatories in many countries. His music has been recorded on hundreds of compact discs for leading labels worldwide.

Schnittke’s work has also been the subject of a large number of academic studies at music schools and conservatoires, and doctoral dissertations have been written on many aspects of his music and its context. The growing scholarly interest in Schnittke has been aided in recent years by the foundation of two research centres dedicated to his music and writings: the Ivashkin-Schnittke Archive at the Centre for Russian Music, Goldsmiths, University of London and the State Schnittke Institute in Moscow. Another organisation has recently been established, the Alfred Schnittke Internationale Gesellschaft in Hamburg, which deals with the dissemination of the composers’ music.

The Ivashkin-Schnittke Archive contains facsimile copies of almost every score that Schnittke completed, many original and unfinished scores, sketches, documentary material relating to premieres/commissions and an unparalleled collection of secondary sources relating to Schnittke’s work. The Archive was founded in 1999.

The Archive collaborated with the BBC, the Barbican Centre and the GSMD in 2001 on a Schnittke festival/symposium ‘Seeking the Soul’, which resulted in a festschrift volume of the same name (London, 2002).

Their publications (books and articles) and numerous conference talks have been based on this research work in the Archive. Most important recent publications based on Ivashkin-Schnittke Archive Materials include a book by Dzyun Tiba, published in Russia and in Japan, and a book by Victoria Adamenko, published in the USA.

Research work at the Ivashkin-Schnittke Archive has attracted major grants on numerous occasions: 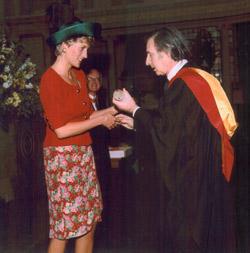 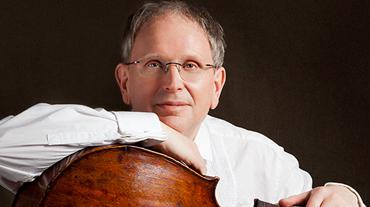