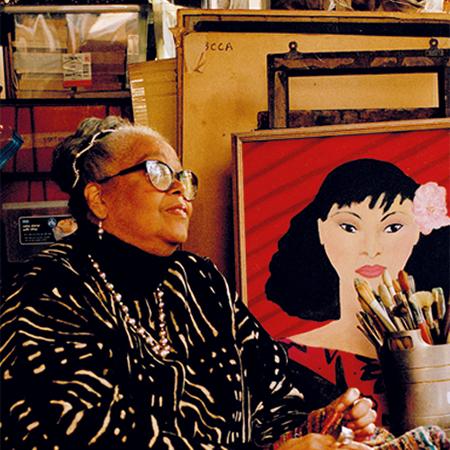 Born in 1949, Rita Keegan is an artist, lecturer, and archivist of Caribbean and Black-Canadian descent who has lived in London since 1980. She co-founded the Brixton Art Gallery in 1982, established the Women of Colour Index (WOCI) in 1987, and was Director of the African and Asian Visual Arts Archive (AAVAA) until 1994. For many years, she was a lecturer in multimedia arts at Goldsmiths, University of London. Her work has been exhibited nationally and internationally at venues including the South London Gallery and the British Museum, London; Arnolfini, Bristol; Ikon Gallery, Birmingham; and the Studio Museum in Harlem and Bronx Museum of the Arts, New York.