A Goldsmiths, University of London student’s ‘sign language glove’ has taken first prize in an exclusive South Korean hackathon attended by hand-picked students from some of the world’s best universities.

Hadeel, an MA Computational Arts graduate who is now studying for her PhD, has spent the past year working on the second version of her BrightSign glove, which turns hand motions into text and speech. In addition to the new developments in the glove's technology, she has also consulted with Rose Sinclair from the Department of Design at Goldsmiths on the best textiles to use for the product.
During the three day hackathon, the Goldsmiths team built, programmed and trained the BrightSign glove on site. On the final day they presented the project at a public event, held at the COEX exhibition hall as part of a tech show running over the week, in front of a judging panel which included the director of IBM Watson director.
The BrightSign glove contains an on-board, battery-powered single board computer, flex sensors and an accelerometer. Used in combination with a range of gestural and semantic analysis tools, users can generate and control reliable speech through a dictionary of hand gestures.
The first version of the design made international headlines in 2015, with Hadeel explaining the glove’s potential to improve communication between people with different disabilities.
The Goldsmiths team, supervised by the Department of Computing’s Dr Rebecca Fiebrink and Dr Mick Grierson, were up against stiff competition from Seoul National University, the Georgia Institute of Technology and New York University, among others.

Organised by the Art Centre Nabi in Seoul, the global AI Hackathon focused on pioneering technology for use in social care. 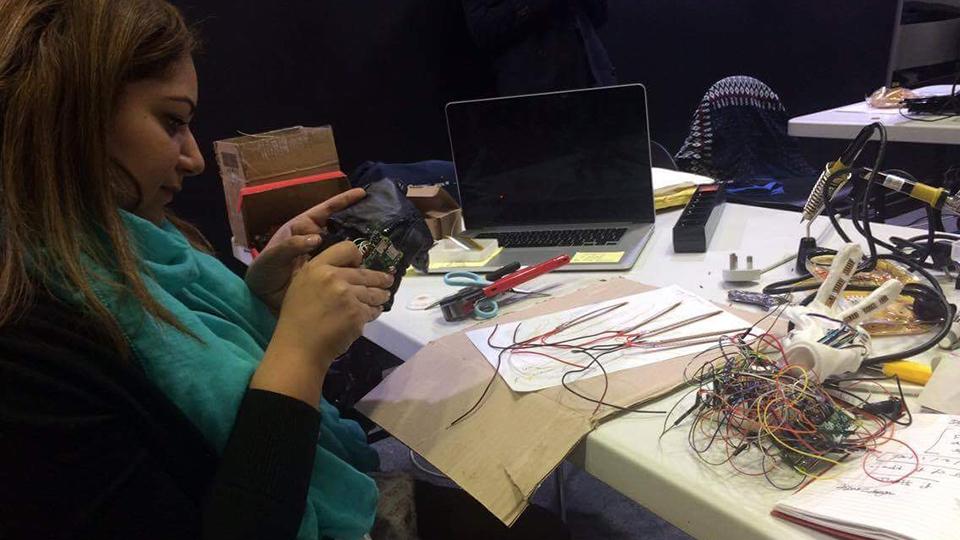 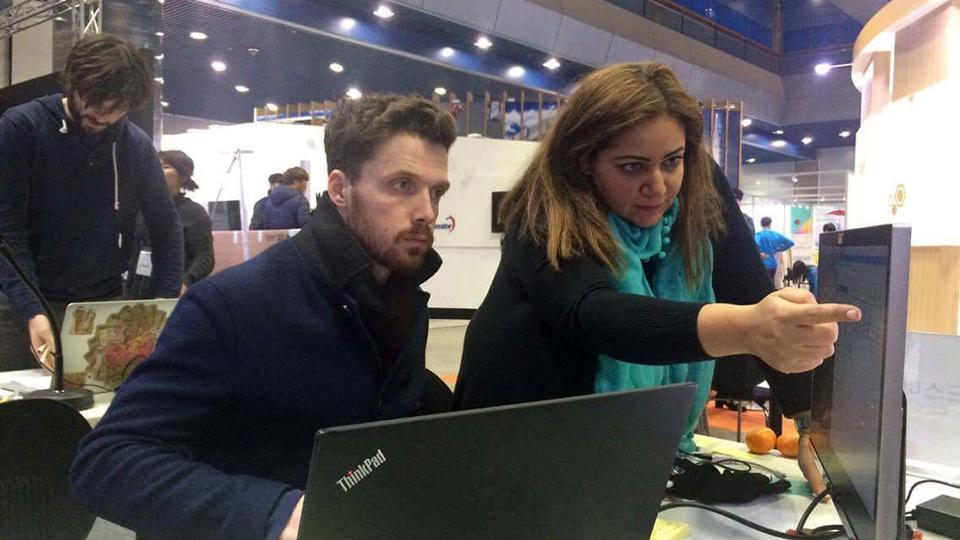 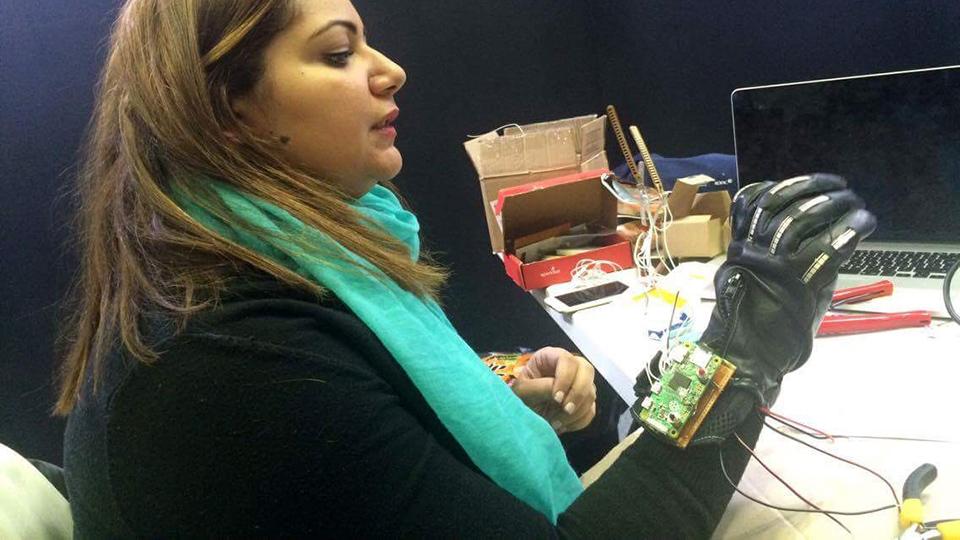 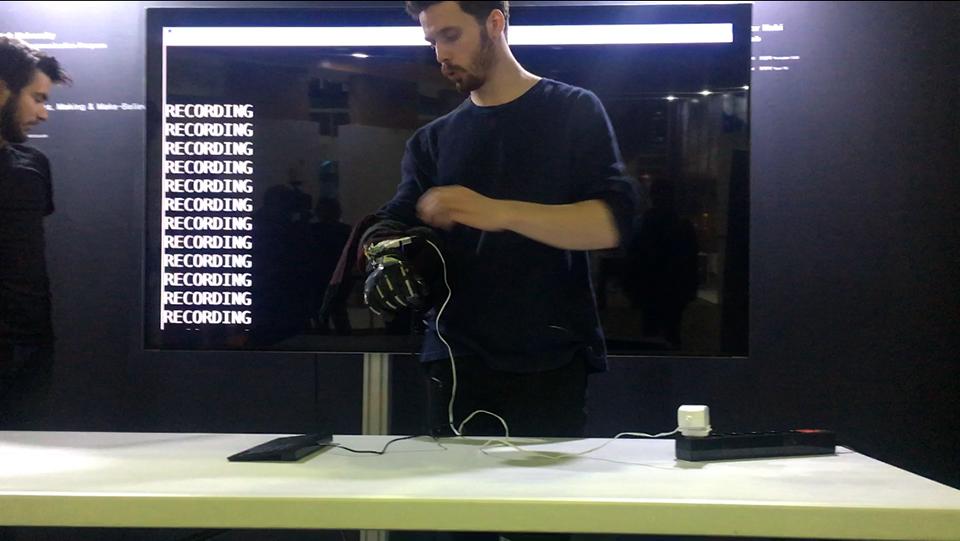