Amazon, an archetype of disruption, imported Black Friday from the US in 2010, and in 2013 acceptance from the opportunistic and pragmatic Asda and the trusty high street stalwart John Lewis swelled it into full-blooded mania. In 2015 as it firmly achieves mainstream adoption Black Friday will once again capitalise on the last wage packets before Christmas and be the biggest shopping day of the year. According to Experian-IMRG online spending alone on Black Friday will rise by almost a third this year, to £1.07 billion, marking the first time UK online retail sales exceed £1bn in a single day.

There is of course the old adage that you must be careful what you wish for. Becoming part of the establishment brings its own issues. Asda, whose parent Walmart is a driving force behind Black Friday in the US, has dropped out this year claiming customer feedback of ‘fatigue’ from the mania of one-day sales. Sustainable advocates like the Buy Nothing Day campaign see and promote Black Friday as a poster-child for society’s unfortunate turn to an oblivious culture of consumption and waste. Despite the ever inflating sales figures there is increasing evidence that instead of promoting retail growth Black Friday and Cyber Monday are just robbing Peter to pay Paul as part of a zero-sum game that shifts spending forward in the holiday season. According to Visa Europe heavy spending on Black Friday and Cyber Monday in 2014 was offset by falling sales in the immediate run-up to Christmas. Month-on-month sales jumped 1.7% in November then fell 2.8% in December.

The consumer landscape has been fertile heading into Black Friday 2015 as the Office for National Statistics (ONS) reports that in October average store prices fell by a rate of 3.3% year-on-year making it the 16th consecutive month of falling prices. Employment gains and stronger wage growth contribute further to enhancing households’ real incomes and spending power. Despite the manic environs of Black Friday the default consumer mindset is pragmatic and rational. Experian-IMRG reports the typical Black Friday shopper as between 36-55 with children, suburban homes, and mid-range salaries or affluent (household income £50k+). These busy middle-class professionals want to get their Christmas shopping done early, make time for families on the holidays, and most importantly they are discount junkies wanting a deal.

Again. Be careful what you wish for. It is a staple of any first-year business class that buyers and sellers are in competition and in the mania of one-day sales it is undoubtedly the sellers that have the upper hand. Black Friday is a veritable showcase of the latest and greatest in impulse marketing and behavioural economics. Retailers will capitalise on the inherent irrationality of consumer decision-making. Techniques on display include framing, scarcity, social proof, and reconciling cognitive dissonance. Framing is about helping consumers rationalize a deal. Discount airlines have long understood that consumer need to feel like they have been made to work for a deal by waiting in queues or paying for every add-on or else they suspect the airline is cutting costs on maintenance or crew training. Similarly consumers don’t trust deals that are too good to be true. Unless of course said deals are framed as part of Black Friday where everything is about deals. Scarcity techniques advertise “limited quantity” or “maximum two per customer” to imply value for unwanted stock of outdated electronics and social proof accesses tendencies of consumers to mimic herd-like behaviours. Savvy online retailers don’t actually want their website to provide a seamless shopping experience on Black Friday. Holding screens and virtual queues imply demand and fuel impulsive buying when sites open up. Cognitive dissonance, or the psychological need to reconcile inconsistent thoughts, is reflected in consumers diving down irrational escalations of “sunk-cost fallacies”. If you have set out to buy things on Black Friday and you have gone through enormous pain to battle crowds, traffic, or time staring at your mobile then you bloody will buy something and lots of it so you can see yourself as a rational and skilled shopper instead of an inefficient time-waster.

Now some emergent UK habits and celebrations are clearly the product of successful US cultural imperialism. Spending on Hallowee’en in the UK was £12m in 2000 and over £330m in 2014. The UK still has room to grow in this regard as Americans spent $350m last year on Hallowee’en costumes for their pets. But despite its origins Black Friday is not just another cultural commodity imported from the US. Black Friday is more a reflection of the emerging global marketplace. From Mexico to Russia, Sweden and Germany countries around the world have seen dramatic increases in Black Friday footfall and sales figures. Markets are adopting Black Friday as a mechanism for cross-border and international trade with many companies offering free global shipping.

Moving forward the biggest threat to Black Friday’s retail dominance in the UK is another maturing start-up. China’s Singles Day on 11 November had 2014 sales from Alibaba Group of £9bn, more than Black Friday and Cyber Monday combined. Behaviourally there is nothing more important to people than self-esteem and this shopping mania construct that nudges singles to indulge and treat themselves to something special looks set to sweep the world.

Dr Chris Brauer is Director of Innovation in the Institute of Management Studies (IMS) at Goldsmiths, University of London. Goldsmiths has recently launched new BA Economics and BSc Economics and Econometrics courses for 2016, applications are open now. 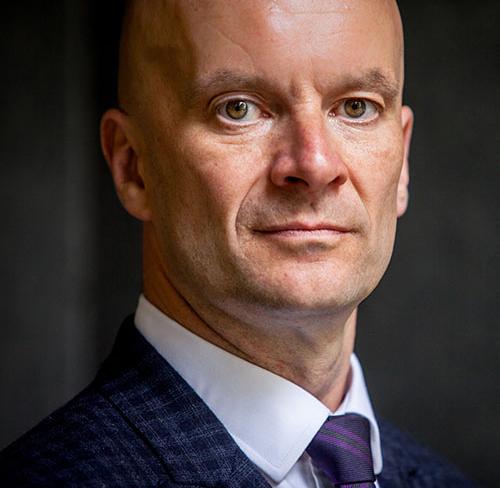