An academic from Goldsmiths, University of London has helped shape a new prime-time television drama about a psychopathic teenager.

Dr Alice Jones, Senior Lecturer in the Department of Psychology, was a consultant on Channel 4’s Born To Kill which premiered on Thursday 20 April.

The show centres on troubled teenager Sam, who lives with his over-protective mother and believes his father died in a car crash. His discovery of hidden family secrets triggers him to act upon his psychopathic desires.

Dr Jones, whose expertise covers the development of antisocial behaviour and psychopathy in children, worked with writers Tracey Malone and Kate Ashfield to develop the drama’s script and main characters.

She said: “The show explores the issue of where psychopathy comes from, which ties in to a lot of my research at Goldsmiths. I do a lot of work with children who have been excluded from mainstream schools and the small number who are showing signs of psychopathy.

“I thought about these kids that I’ve worked with to inform how I suggested this character would behave in certain contexts in the show.

“The writers wanted to produce an engaging program without giving a sensationalist view of psychopathy and mental health problems in teenagers, which was something I was very keen on helping with.

“I advised them on how a person would display psychopathic behaviour in order to help them create a character that felt authentic. They were very receptive to my suggestions and were a great team to work with, so I am hopeful the show will be a success.”

Other areas of Dr Jones’s research focus on the development of empathy and emotion procession skills, and school achievement and well-being. Dr Jones is also the Director of the Unit for School & Family Studies at Goldsmiths.

Born to Kill continues at 9pm on Channel 4 next Thursday 27th April. 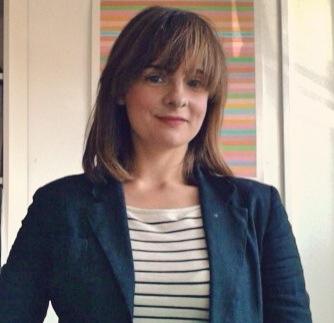 Alice is the Director of the Unit of School and Family Studies, studying school behaviour and socio-emotional development.