Last month, researchers from the Music, Mind and Brain research group at Goldsmiths partnered with pan-African advocacy groups to host a symposium focusing on maternal mental health across Africa.

Alongside research presentations and testimonials from healthcare workers and women who with lived experience of perinatal mental health issues, the event also saw the formal launch of The Gambian Alliance for Maternal Mental Health.

Funded by the MRC and AHRC, CHIME brings together researchers from the Department of Psychology at Goldsmiths, those from a wide range of disciplines at other international universities, and Gambian partners from the Ministry of Health and Social Welfare and the National Centre for Arts and Culture.

Sarah Cox: What is CHIME and how did it originate?

Lauren Stewart:  CHIME stands for Community Health Intervention through Musical Engagement – a novel intervention which aims to reduce symptoms of anxiety and depression in pregnant women. The intervention is culturally embedded and co-designed with so-called Kanyeleng groups - all female fertility societies within the Gambia - who lead participatory music making sessions with pregnant women where they address themes of resilience, social support and ways to deal with some common physical and psychological challenges of pregnancy.

Backing this work is research which shows that group music-making can elevate mood, help form social bonds and can convey salient information. Early research by Chineze Nwebube, a student from the MSc in Music Mind and Brain, who was supervised by myself and co-supervisor Professor Vivette Glover (Imperial College), demonstrated that daily listening to specially-composed music during pregnancy reduced symptoms of anxiety. This is an important area of research because we know that stress and anxiety in pregnancy not only affects the mother but can also have physical and psychological effects on the developing child. Utilising low cost, stigma-free approaches such as music, are of high importance in mitigating the impact of stress and anxiety across multiple generations.

SC: Why was the Gambia chosen?

Lauren Stewart: This research had been confined to the UK but took a global turn in response to a joint funding call from the MRC and the AHRC asking for research proposals that would bring interdisciplinary partnerships together to address a significant public health issue in a low or middle income context. Knowing that symptoms of stress and anxiety can be disproportionately high in low income contexts, owing to the exacerbating effects of poverty and stigma, we were motivated to explore the impact of music-based approaches in such a setting. We selected the Gambia because of its particularly rich musical cultural traditions, as well as the presence of Kanyeleng groups, whose expertise around the use of music to support reproductive health, made them natural partners for the research.

The work of our colleague, Dr Bonnie McConnell (Australian National University), had documented the role of the Kanyeleng in Gambian society, and her existing partnership with Mr Buba Darboe at the Ministry of Health provided excellent foundations. We also invited infant mental health specialist Professor Paul Ramchandani and music scholar Professor Ian Cross to join the team, along with historian Hassoum Ceesay (Centre of Arts and Culture, the Gambia) and Dr Victoria Cornelius (Imperial Clinical Trials Unit). After employing local research assistants, Hajara B Huma and Malick Gaye, we began three years of partnership building, which also included detailed qualitative work to inform the measurement, intervention development and evaluation aspects of the work. All this led to the development and evaluation of CHIME, which we trialled with 124 women, split across an intervention (CHIME) and control arm (treatment as usual). 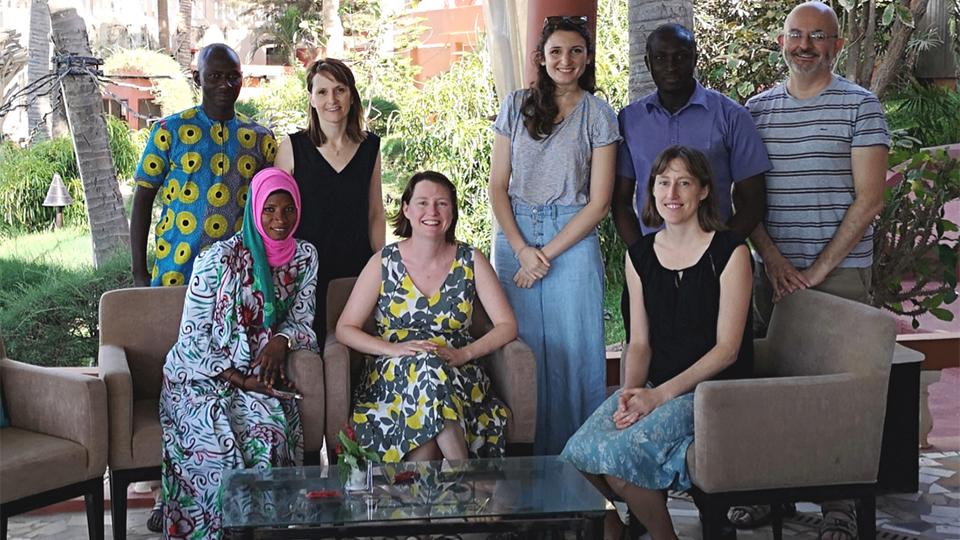 SC: What were the outcomes of the CHIME feasibility trial, published in the British Medical Journal last year?

Katie Rose Sanfilippo: The feasibility study looked at whether we could recruit participants, whether the intervention was deliverable, whether all sessions occurred as intended, whether participants attended and found the sessions useful and enjoyable and what, if anything, would need to be changed for a larger scale future version of the trial. We found positive results across the board, showing that a larger scale study would be practically and logistically possible.

Perhaps the most interesting findings were comments made by participants and those delivering the intervention. One pregnant participant said, “I realise that before I got pregnant, I used to become worried, but after [the intervention], I am not worried. Your programme is good to us. It is beneficial to us”. Another pregnant participant talked about what she had learned, “I learnt a new lesson from the programme. The first new lesson is not to isolate oneself thinking. When you are pregnant for six months you should [also] go to the health centres and take your Malaria medication for your good health.” We were really inspired by how the intervention empowered women to help others in their community. One pregnant participant said: “Right now I am helping someone and I am a teacher on my own.”

Most promisingly, we found that participants in the intervention group had a greater reduction of anxiety and depression symptoms  compared with those in the control group who didn’t take part in any intervention. This needs to be replicated on a larger scale but our feasibility trial results already show the potential value of the intervention.

Taken together, we are very encouraged by the potential of the CHIME intervention for scale-up. Not only is it low-cost and suitable for group-based delivery by community members with pre-existing expertise but because these groups exist in each neighbourhood, countrywide, the infrastructure for intervention delivery is highly scaleable.

SC: How has the formation of The Gambian Alliance for Maternal Mental Health been informed by this work?

Katie Rose Sanfilippo: To be able to develop CHIME, we created partnerships with the Ministry of Health, health workers, charities and cultural groups across The Gambia. Through these discussions we saw the desire and need for policy initiatives that focused on promoting maternal mental health. The Gambia is a small country and the ability for a grassroots movement to affect policy is remarkable. The members of CHIME felt that the partnership we were building could become more influential if a formal alliance was formed. This alliance will then be able to work together to continue to  advocatee for maternal mental health care initiatives and policies across the country. It will also join the African and Global Alliances for Maternal Mental Health which will help promote their efforts even further. 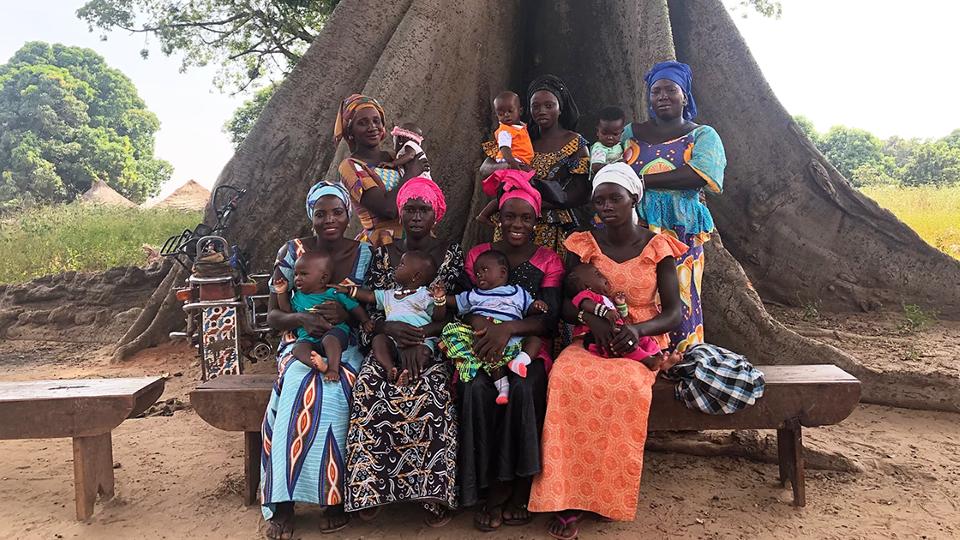 [Some of the participants in CHIME interventions, with their babies]

SC: What is happening now and next for CHIME?

Lauren Stewart: We have two main priorities to take the work forward. Firstly, we would like to take the CHIME intervention to scale, and evaluate its efficacy and cost-effectiveness. Replicating the promising findings from our published feasibility trial in a full controlled trial would provide compelling evidence for policy makers to consider integrating CHIME into primary care for antenatal mothers.

We are in the process of exploring how CHIME can be adapted to other resource-constrained settings, particularly across Africa, where participatory music is often such an important part of the culture and daily life in the community. We have formed a new collaboration with colleagues in South Africa to scope out the existing musical practices and social and community structures and organizations there, with a view to developing a South African version of the CHIME intervention.

Find out more about the Music, Mind and Brain research group at Goldsmiths: www.musicmindbrain.com