A global project to boost 21st-century literacy in schools using digital story-telling is being launched by academics at Goldsmiths, University of London.

The two-year Critical Connections II scheme will see researchers working with community-based “complementary” and mainstream schools as part of the multi-lingual programme.

With the support of the British Film Institute (BFI) the scheme will see film-making used as a means to encourage students to engage with language learning and embrace intercultural literacy as well as digital literacy.

The project funded by the Paul Hamlyn Foundation extends the work of Dr Jim Anderson and Dr Vicky Macleroy from the Department of Educational Studies. It follows their two-year Critical Connections I project which ended last year.

The academics said: “This work has demonstrated how creating and sharing digital stories in multiple languages can offer a rich context for school students to develop the plurilingual, intercultural and digital skills that represent an essential part of 21st century literacy.

“The project is about an integrated and inclusive approach to language learning involving English mother tongue, English as an Additional Language (EAL), foreign and community languages.

“It challenges the view that growing up with more than one language in the home is a disadvantage and provides a space in which bilingual/multilingual skills are nurtured and celebrated and where bridges are built between learning in school and in out-of-school contexts.”

Working under an umbrella theme of “fairness”, students will use digital equipment to make short bilingual films in community and foreign languages as well as English and EAL. The BFI will offer support with training in filming techniques – as well as hosting a celebration screening in summer 2016.

A further partner in the project is the National Resource Centre for Supplementary Education, which supports complementary schools in various ways including through teacher professional development.

Schools taking part in the worldwide research will be drawn from across Britain, America, Algeria, Palestine, Taiwan, Luxembourg and Canada.

The first team meeting is taking place on Thursday, 8th October, with the project set to be rolled out across schools from this date.

A celebration of the work will be held next year with the stories being shown at BFI Southbank.

“The project will develop and support participating children’s language learning and teachers will gain filmmaking skills to enhance delivery of their curriculum beyond the life of the project.”

Dr Anderson and Dr Macleroy said: “At the heart of digital storytelling lies a commitment to student agency and voice and this is why work produced carries an authenticity which is compelling and why it has proved effective in drawing in students who have become disaffected by conventional teaching methods.

“As they work together to face the various challenges involved in bilingual, multimodal composition, students develop their critical thinking through peer review based on criteria that they themselves have generated and applied.

“Through this and other collaborative practices a community of learning develops and this, combined with presentation to a genuine audience, builds confidence and awareness.” 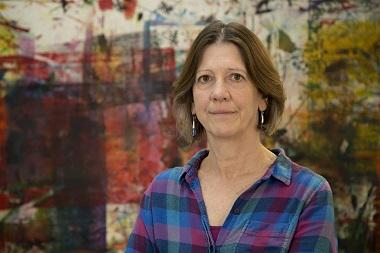