A new investigation by researchers at Goldsmiths, University of London accuses European Union policymakers of “killing by omission” after cutting rescue missions in the Mediterranean in full knowledge of the lethal consequences of their actions.

Meeting transcripts and documents unearthed in a report from Goldsmiths, University of London and the University of York show that the EU border agency Frontex’s own internal assessment of replacing Mare Nostrum with Triton predicted increased deaths at sea, but the policy was introduced anyway.

Researchers found that a previously unreported 2014 Frontex internal assessment on “tackling migrant flows” stated:
“It has to be stressed that the withdrawal of naval assets from the area, if not properly planned and announced well in advance, would likely result in a higher number of fatalities.”
The researchers from the ESRC-funded ‘Precarious Trajectories’ project argue that because the decision to retreat from state-led search and rescue operations was taken in full knowledge of the risk, EU policy makers and agencies carry a strong degree of responsibility for mass deaths at sea.
On 12 April, 400 people died when an overcrowded boat capsized due to its passengers’ excitement at the sight of approaching rescue tugboats. Six days later a similar incident killed 800, leading to the deadliest single shipwreck recorded in the Mediterranean. In 2015 there was a total of 3,700 documented deaths at sea.
The report ‘Death by Rescue: The lethal effects of the EU's policies of non-assistance at sea’ demonstrates that, with the ending of the Italy-led Mare Nostrum Operation and the launch of a limited Frontex-led Triton operation, agencies and policy makers enacted a policy of retreat from state-led search and rescue operations.
The burden of extremely dangerous operations transferred to large merchant ships, which are ill-fitted and untrained to conduct them. EU policy makers and Frontex were aware that merchant ships are unfit for rescue operations, but ignored insistence from shipping industry professional organisations that catastrophic loss of life could occur. 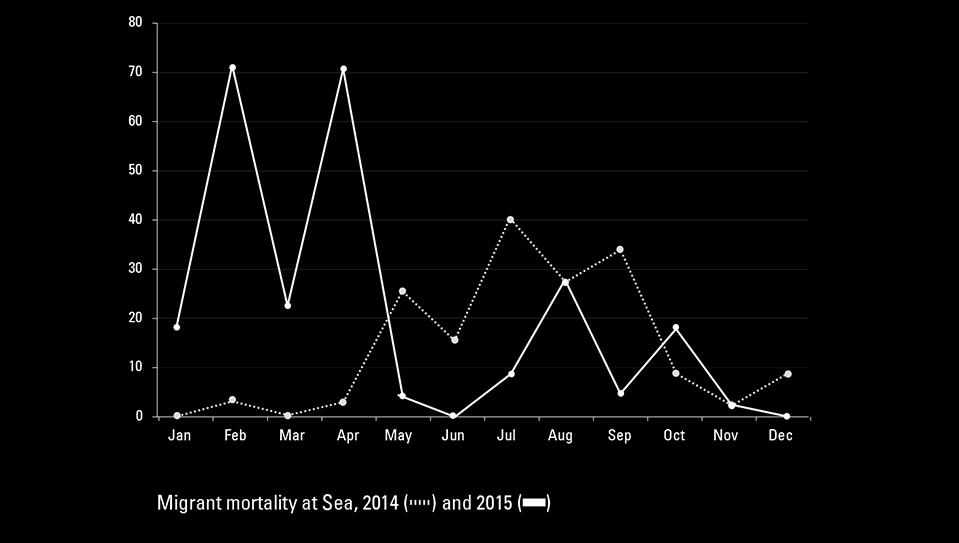 Using advanced spatial techniques, researchers from the Centre for Research Architecture at Goldsmiths and the University of York reconstructed the shipwrecks and rescue operations – concluding that the huge death toll occurred during and partly through the rescue operation itself.
“In all likelihood the merchant vessels involved complied with their legal obligations and did everything they possibly could to rescue the passengers in distress,” explain authors Charles Heller and Lorenzo Pezzani.
“But because of the retreat of state-led rescue operations, the burden for undertaking them was transferred to large merchant ships, which are ill-fitted to conduct them. In this way, EU agencies and policy makers knowingly created the conditions that led to massive loss of life.”
The findings of the report are of particular relevance to the current situation in the Central Mediterranean, where migrant crossings are again on the rise.
The deadly policy of retreat has been part of the EU’s aim to create deterrence in its desperate attempt to curb migration, researchers found.
Their report calls for a fundamental reorientation of the EU’s policies on migration from border closure to the granting of legal and safe passage, which would make the very need to rescue migrants at sea obsolete.
Heller and Pezzani add: “Thanks to advanced spatial analysis and newly released documents we can show that the rationale for this retreat of state-operated rescue was to act as a deterrent for migrants and smugglers in the aim of stemming crossings.
“EU member states and agencies prioritised combating the purported ‘risk of illegal border crossings’ – as Frontex frames the phenomena – over the real risks incurred by migrants seeking to cross the sea to reach EU territory.

‘Death by Rescue’ has been produced by Forensic Oceanography, a research team based within the Forensic Architecture agency at Goldsmiths, University of London’s Department of Visual Cultures.

The report was produced in collaboration with WatchTheMed as part of the ESRC-supported project 'Precarious Trajectories' directed by Dr Simon Parker of the Department of Politics, University of York.

Seeking to understand what made the events of April 2015 possible, the group conducted extensive interviews with state officials and migrants, analysed newly accessible operational documents, statistical data and technical evidence such as vessel tracking data, dissected minutes of political meetings.

Material has been analysed in collaboration with experts in oceanography, EU policy, international law and migration.

The report will be released on Monday 18 April at 6pm at the The Mosaic Rooms, 226 Cromwell Road, SW5 0SW London. Register through eventbrite. 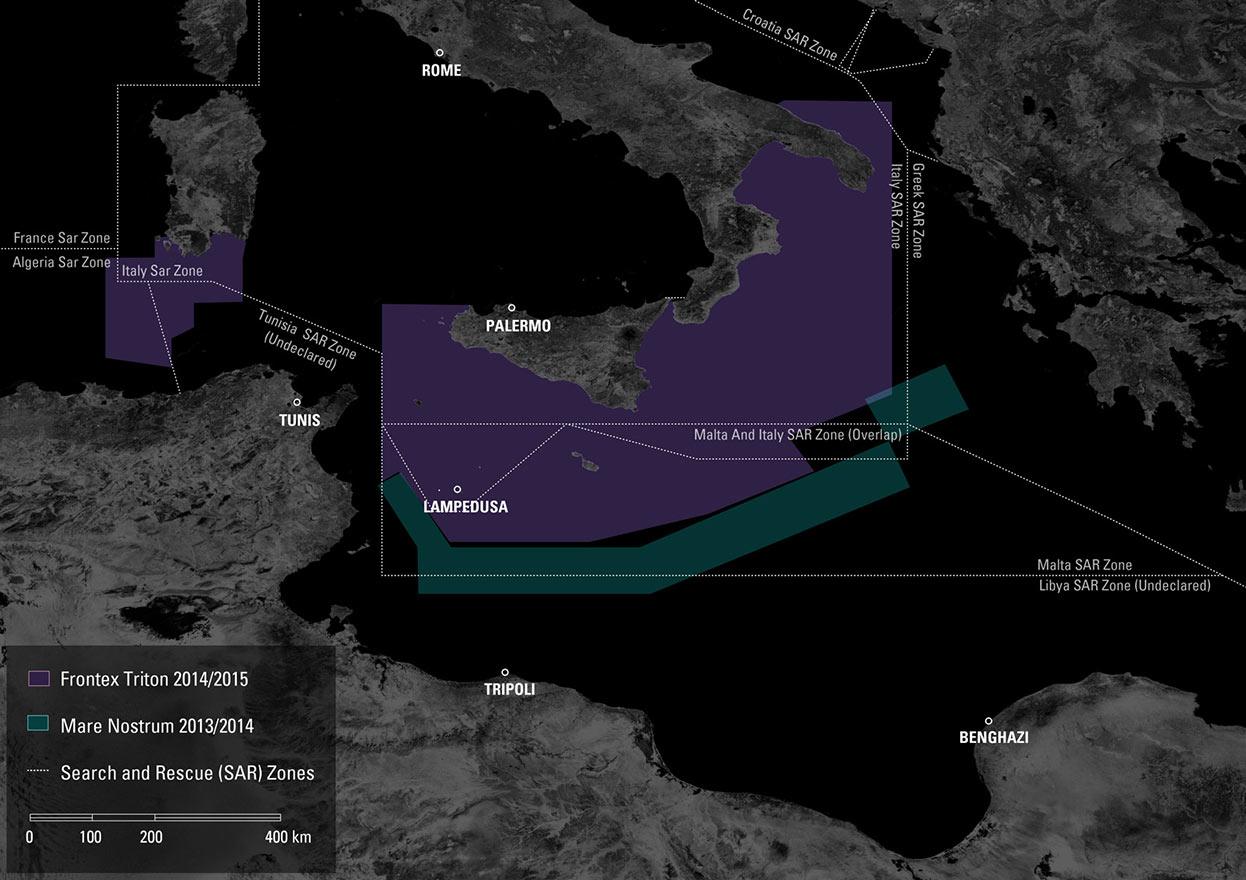