Refugees and migrants are undertaking perilous and difficult journeys on an unprecedented scale.

The story of every person who makes the momentous decision to leave their homes, to flee via land or sea, is different, and they all have a difficult journey ahead. Now researchers and filmmakers from Goldsmiths are working with the University of York to give voice, through film, to those migrating people.

How do state and non-state institutions add to or reduce the mobility of migrants? How can conventional governmental and media representations be qualified or challenged? 'Precarious trajectories: Understanding the human cost of the migrant crisis in the central Mediterranean' values the migrant voice as a knowledge-bearing subject and provides an evidence-based account of the human cost of the current Mediterranean emergency.

Professor Sue Clayton (Department of Media and Communications) and Professor Eyal Weizman (Department of Visual Cultures) are part of a group - led by the University of York’s Dr Simon Parker - to receive a share of a £1m Economic and Social Research Council grant for eight social research projects on the migrant crisis.

They’ll be giving migrating people the skills and phone apps to film themselves and their narratives across the whole trajectory of their journey in an attempt to better understand how they perceive those journeys and what the response is needed from us in Europe.

Understanding the fear, violence and harm

“We’re interested in how the closing and fortifying of borders and changes to search and rescue operations in the Mediterranean has contributed to the loss of life at sea,” say the researchers. “By asking migrating people to document their own experiences we can better understand the fears and experience of violence and harm that have driven people to flee their homes in such large numbers.”

Sue Clayton says: "The idea of mapping these movements across Europe, using new apps developed with the Goldsmiths Department of Computing, and the methodologies that Eyal's team have so successfully developed on past projects, is very exciting.

“Governments and NGOs are in crisis as they struggle to understand where migrants are going, and how, and with what long-term expected outcome. We aim to use our research techniques not just to source this data and information, but to use it to help shape humanitarian responses and to critique some of the current governmental and media stances which are exacerbating the issue." 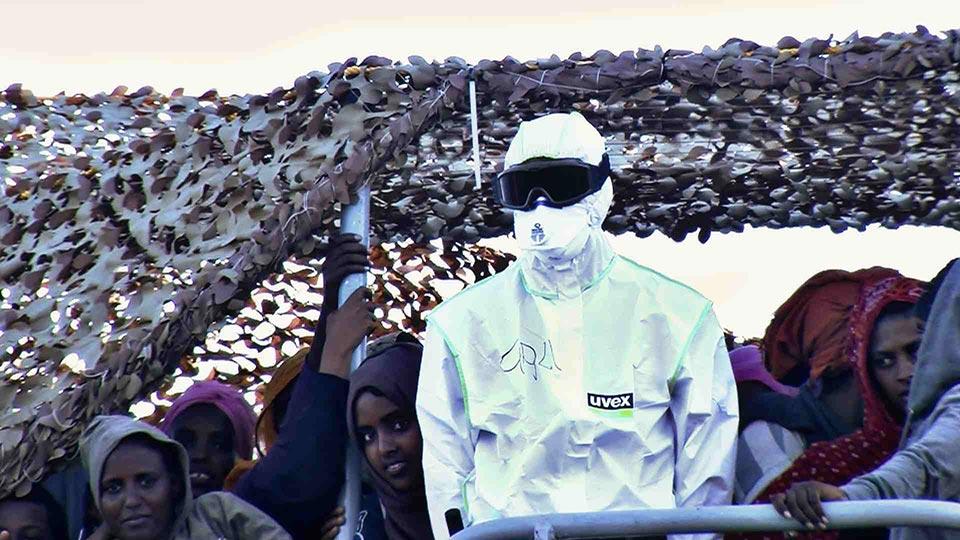 The project will take place across 2015-16, with research and filming in Sicily, Lampedusa and Greece already begun. It has a number of planned outputs including a documentary film, maps of migrants' trajectories and both the enablers and the barriers they encounter, and written analyses, articles and reports that are likely to have direct impact on policy in the coming years.

Professor Clayton continues: "The 'migrant crisis' is not going to go away. As we become an increasingly global culture, the consequences for us in Europe of the effects of war on  fragile and vulnerable states in neighbouring regions, must be approached with intelligence and courage.

Building walls and fences will not be an adequate or appropriate response, and history will judge us if we continue to be simply afraid or ambivalent about our responsibilities.

“This grant represents the opportunity for us at Goldsmiths to contribute to an issue that we know the staff and student body care about, and where across several disciplines, we have a real opportunity to have an effect on policy and debate."

Commenting on the funding of all eight projects, Craig Bardsley, Head of International Development Research at ESRC, adds: “Given the unprecedented levels of migration across the Mediterranean this spring and summer, and the catastrophic death toll that resulted, there was an urgent need for new research to better understand the dynamics and drivers of the crisis.

“With highly vulnerable people in the midst of a complex international crisis, there is an important role for highly trained, independent social scientists to gather accurate, reliable data. We hope this research programme will make a critical contribution to the evidence to support an effective policy response.” 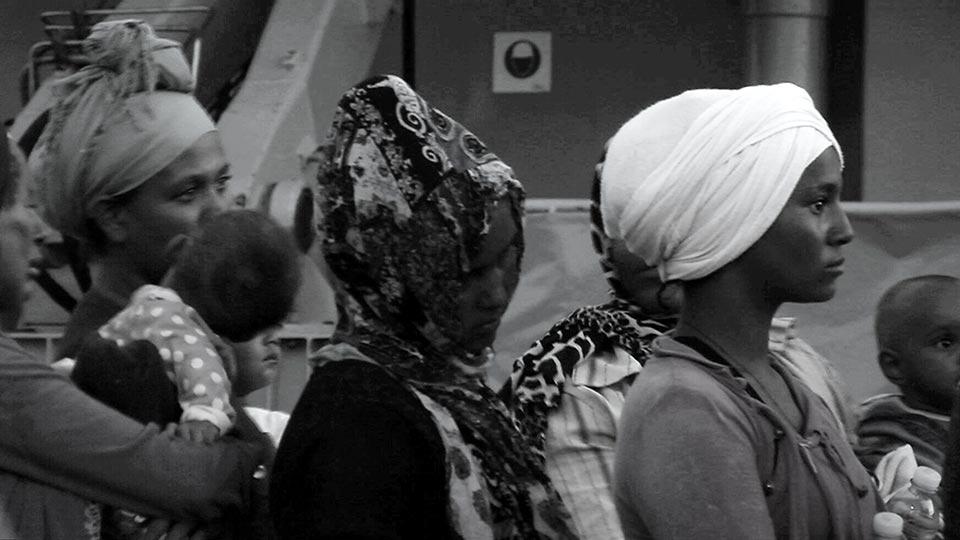 Professor Clayton adds: "The broadcast media often represents this current wave of migrants as either a threatening horde or as simply passive victims to be pitied. The Hungarian government for instance issued a directive to its media to not show pictures of women and child migrants as this might encourage too much public sympathy.

“On the other hand, images of distressed and vulnerable migrants contributes to a commonly held idea that to be a genuine refugee, a person must be poor and suffering starvation and hardship. In fact many of these recent migrants are refugees from Syria and other countries where they had successful lives and careers - they did not leave for economic reasons but to save their and their families’ lives.

All the investigators and researchers on this project have spent years working as activists and academics in the field of human displacement and human rights.

Writer and Director Sue Clayton makes features, shorts, campaign videos and documentaries. Her 2011 film 'Hamedullah: The Road Home' – following the journey of a refugee from Afghanistan who was deported back at the age of 18 - was nominated for a prestigious One World Media Award. Professor Clayton’s inaugural lecture at Goldsmiths in June 2015 addressed 'Passion and the Subjective Voice in Filmmaking around Asylum Issues'. She recently made 'Deported to Afghanistan' for BBC Our World , which was trailed on the BBC's Ten O' Clock News, and is currently working as a consultant producer on ITV News and contributing items to global broadcaster Al-Jazeera on this issue.

Professor of Visual Cultures Eyal Weizman recently appeared on a list of 100 ‘global minds’ who have been boldest in crossing disciplinary boundaries. He is an artist, architect and director of the Centre for Research Architecture at Goldsmiths, who recently worked with Amnesty International to create the Gaza Platform - an investigative online tool mapping 2014’s Israeli attacks in Gaza.

Read more about the projects funded by the ESRC’s Urgency Grant.

Sue is a UK feature film director, writer and composer. She has written and directed features, shorts and documentaries.