People create their own 'secret languages' by attaching lasting alternative meanings to emoji unrelated to what they are designed to represent, according to a study from Goldsmiths, University of London.

In people’s secret languages emoji of pizza or wedges of cheese mean ‘I love you’ (because these were foods people love), a bathtub emoji means a coffin (because it was the closest to a coffin shape), and a thinking face means ‘lesbian’ (because the position of the thumb and forefinger on the chin means ‘lesbian’ in American Sign Language).

These alternative meanings can be assigned randomly but become permanent and are used consistently over time between partners, friends, or family members, the research found.

The study, by researchers from Goldsmiths and the University of Birmingham, is due to be presented at the Computer Human Interaction 2018 conference in Montreal, Canada (21-26 April 2018).

In 2016 there was a furious customer backlash against Apple for changing the rendering of its peach emoji to look smoother. Researchers found that most Apple users were using this emoji to refer to buttocks, with only 7% referring to the foodstuff, and were angry the redrawn emoji did not fit this alternative meaning.

Dr Sarah Wiseman, Lecturer in Computer Science at Goldsmiths and co-author of the study, said: “While we know some fruit and vegetable emoji have been repurposed by many people to mean something else, we were intrigued to find out about personal instances of this – examples of emoji that have a special meaning for just two people. Often this was about more than just typing something more quickly: people found that by using emoji they could convey very complex meanings and thoughts with them that could not be described in words.”

Of the survey’s 72 respondents (134 participants in total) who reported repurposing emoji:

21% used the emoji to express some form of affection

19% used them to symbolise a particular person or pet

7% used them to refer to sex

Dr Sarah Wiseman said: “Our study shows that people use emoji in a similar way to nicknames or slang, as a handy shortcut to what they mean, which through consistent use creates an intimate ‘secret language’ others don’t understand. Creators of emoji need to bear in mind the subtle way that people repurpose them and the impact even small visual changes to them could have on these alternative meanings.”

A report of the research, entitled ‘Repurposing emoji for personalised communication: Why [pizza emoji] means “I love you”’ will be presented at the Computer Human Interaction 2018 conference in Montreal, Canada (21-26 April 2018).

Image: based on apple emoji by Kyle McDonald 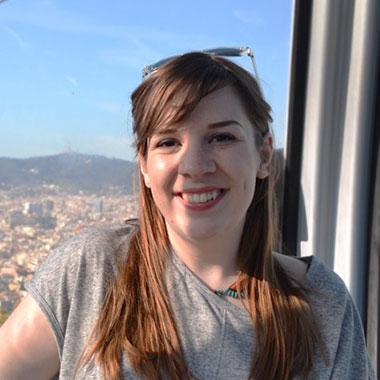