The Goldsmiths, University of London alumni and staff behind a bilingual comedy zombie horror musical set in London are planning a 2017 return to the West End and a run in Seoul.

Flatmates V Zombies premiered in 2013 through a partnership between White Hyun Ju Baek, an MA Musical Theatre student at Goldsmiths, University of London and writer Chris Hogg. It made its sold-out debut at the Camden Fringe Festival before transferring to the Tristan Bates Theatre, Covent Garden.

Three years later and with two new characters, the remake - Flatmates V Zombies II - is now in development, with a Korean director, and British lyricists and composers writing the score.

Through two teams working together, but 5,000 miles apart, FVZ II is a real monster mash-up of creative sensibilities.

With a less-than-subtle satirical take on current affairs, a poignant message, and loads of blood and guts, it’s now set for production in both languages and in both countries.

The story beings during a disastrous rooftop protest in Seoul before moving to London, where Ji-Eun - the only survivor - comes to start a new life. Everything’s fabulous, until all the native Londoners suddenly turn into walking, flesh-eating, corpses.

Only those born abroad are unaffected. For Ji-Eun and her European student flatmates this leaves them with a dilemma. Do they try and escape the city they love, or try to save it?

What would you do if the country you call home turns against you?

"A wonderful example of the creative possibilities of cross-cultural performance"

Backed by Arts Council and British Council funding, the Flatmates V Zombies II creative team explain that this is the kind of cultural project that’s made possible by the international reach of universities like Goldsmiths.

Professor of Theatre and Performance at Goldsmiths, Robert Gordon, says: “Originating as a project in the Goldsmiths MA Musical Theatre – the first postgraduate programme in Europe dedicated to teaching librettists, composers and producers of musicals – this is a wonderful example of the creative possibilities of cross-cultural performance, but such work may well be under threat if student visas become more restricted in future.”

Writer Chris Hogg, a Goldsmiths alumnus, novelist, poet, actor and entrepreneur, continues: “At each step of the process, the difference between our cultures has been celebrated. Putting this musical together has been an absolute blast."

We’ve created a show that works equally well in both cultures and used those differences to our advantage. Each confusion has helped us be original.

“If you’re Korean you will read what you see one way, and if you’re British you’ll get a different story. We adore Korean quirkiness, but we hope to bring a musical story that goes beyond that. The UK’s ready to move past Gangnam Style.

“Sometimes cities have more in common with each other than the countries they reside in, and we see Flatmates V Zombies II as two cities singing to each other. It’s about so much more than just flesh-eating zombies. Essentially, it asks whether the London dream really exists, and do you have to be from overseas to really appreciate that dream?”

Hyun Ju Baek, co-creator and director says: “We love musicals in South Korea; we have dozens running at any one time. It was my dream to come here, yet when I got here from Asia, I found Londoners so strange. This must be the experience of many people coming to London for the first time, so it became the inspiration for the story. We definitely see tourists in London loving this show.”

Producer and dramaturg Richard Shannon, who teaches on the MA in Musical Theatre, adds: “When we began working on the project we had no idea that the themes that we were writing about would become so prescient. What began as a joyous comic romp has become pressing satire. Written two years before Brexit, this musical has come of age, and is a grassroots project that we hope won’t become more difficult in future.”

Through the help of the Arts Council and British Council, the team have organised a series of research workshops in Seoul and London. 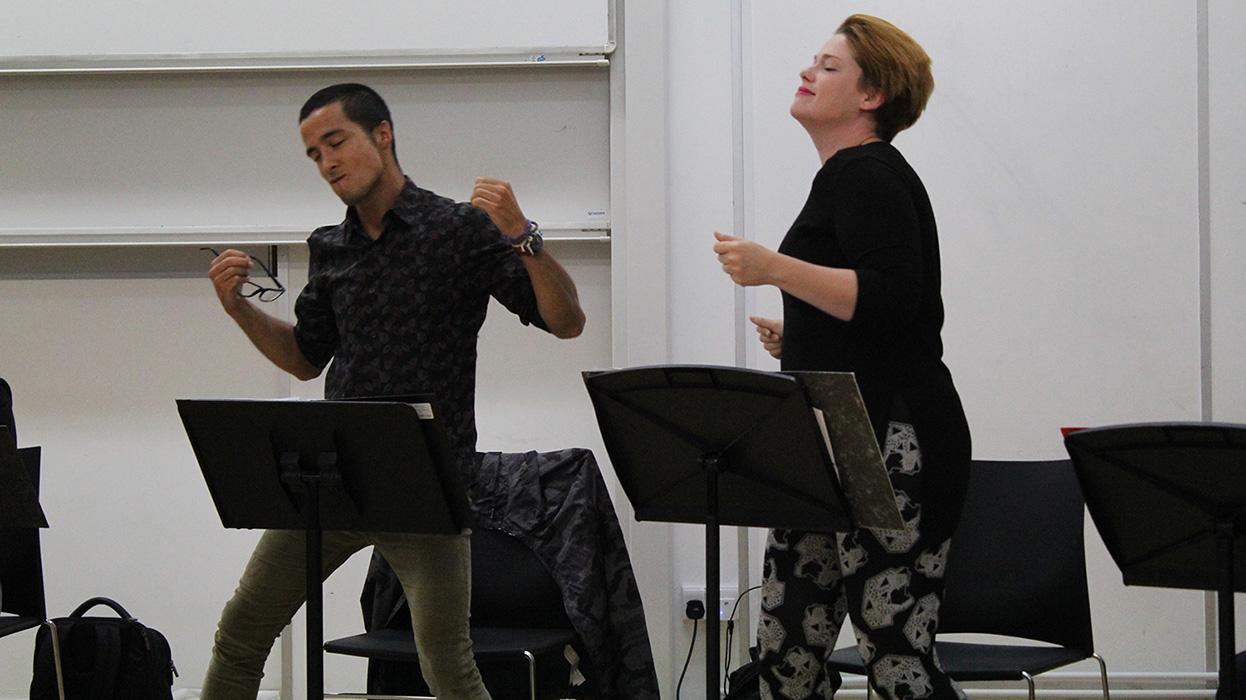 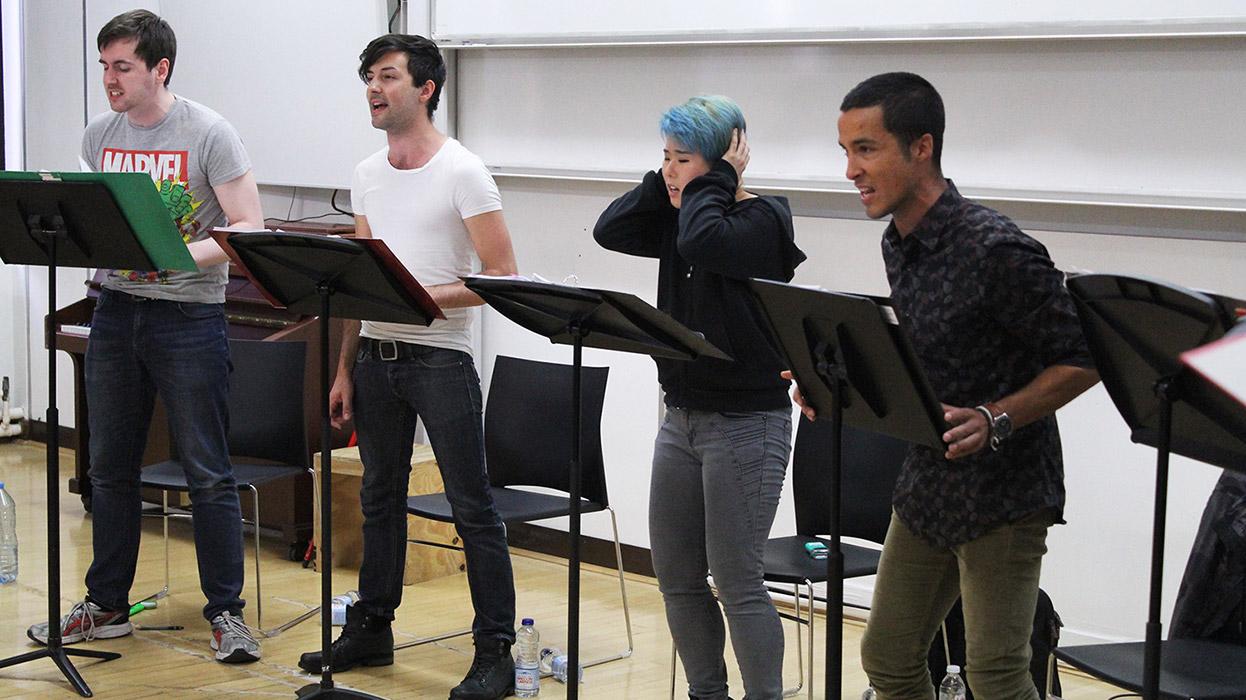 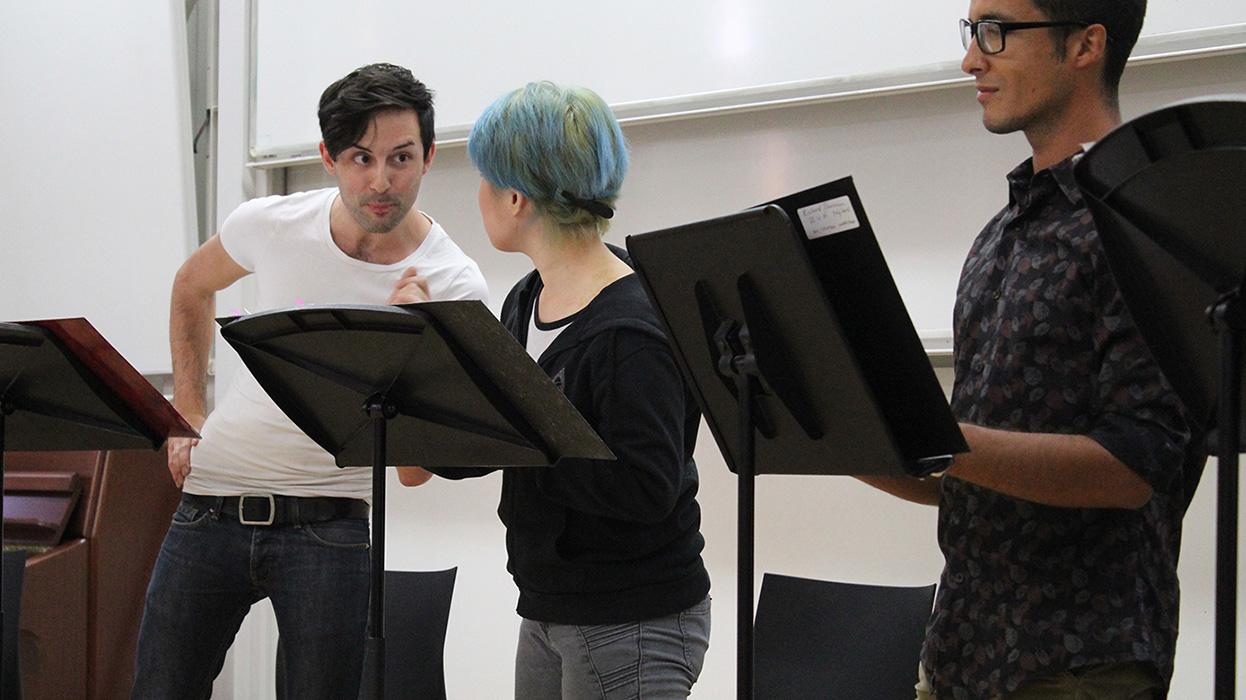 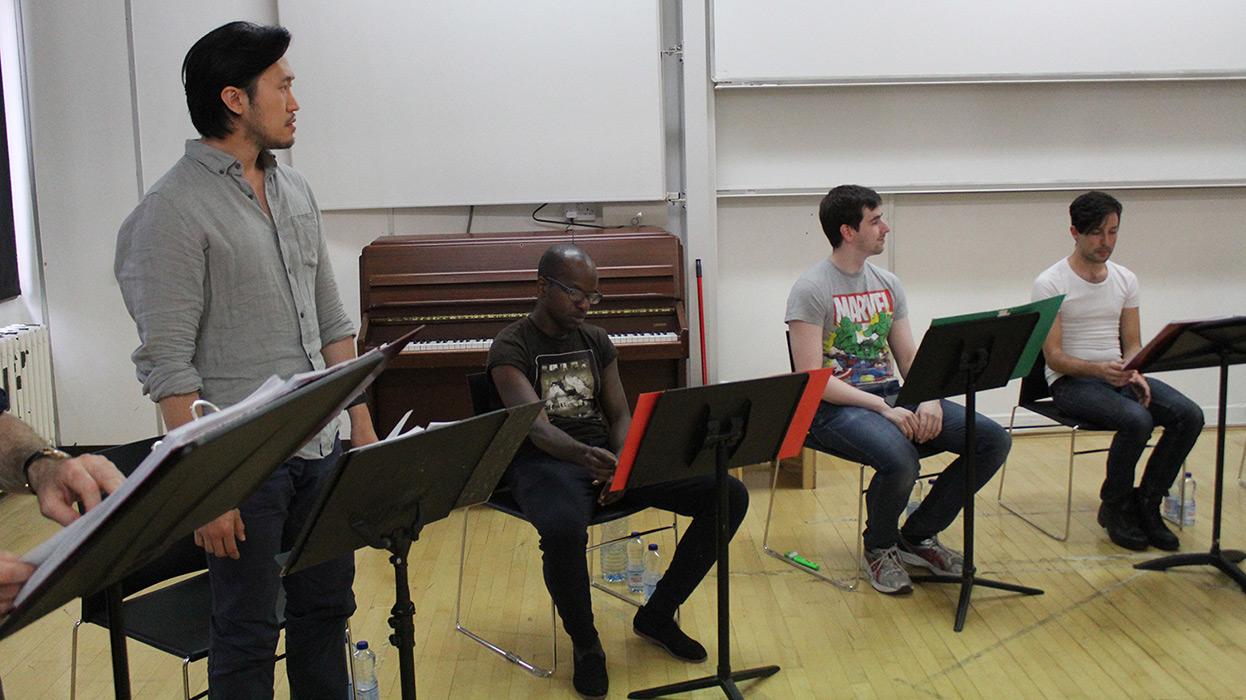 Gordon’s research has used his own experiences to focus on the relationship between practice and critical reflection.