With voter turnouts low, and falling, how can we explain why so many people feel disengaged from politics and turned off by our politicians?

James Martin, Professor of Politics and Co-Director of the Centre for the Study of Global Media and Democracy at Goldsmiths, recently contributed to The Psychologist magazine’s exploration of voter apathy.

Professor Martin uses psychoanalytical ideas in his research into political speech. He argues that “political behaviour is often not very rational at all – what grips us instinctively may be any number of things that speak to an unacknowledged sense of hurt or anger, loss or potential fulfilment. “Sometimes people don’t explicitly know why they believe what they do, they feel it as a gut instinct, it ‘calls’ to them and they respond by identifying.”

Writing for The Psychologist, journalist Ella Rhodes explains that Professor Martin “believes that as older identifications with political parties subside, we find we simply cannot tell, as commentators and analysts, what might happen in elections".

He says: “The public’s dissatisfaction at politics does not supply an obvious location for investment but rather, many. We tend to think it a sign of trouble that we can’t predict what will happen in an election. But in many ways this is simply a truth about our own psyches – it is not automatic what it is that will grab our attention and call up our allegiance.”

“Hostility to immigration, for example, is a persistent, unresolved sore in British culture that gathers around it a surprising amount of anger and prejudice that certainly motivates people to come out onto the streets and to validate all sorts of hostile political argument.

“The important point here, however, is less the merits of the issue and how it might practically be resolved than what grievances are invested in it, how some people manage to hook their desires, their fears and aspirations, in this rather than in anything else.”

“[Anger over immigration] is a symptom that substitutes for all sorts of desires and disappointments, not least the failing of established politics to evenly spread wealth and opportunity. It serves as a point of emotional eruption to activate people’s sense of grievance, not simply as a genuine problem awaiting solution. So in some ways, it is the failure to shift political ground that leads to some issues becoming sources of motivation and stimulants to participation.” 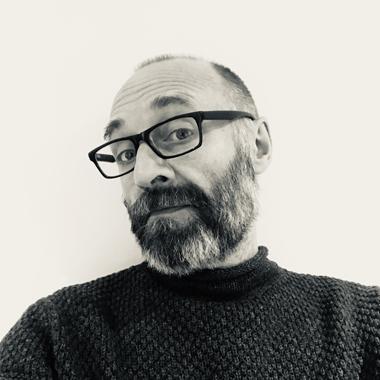 James Martin is a political theorist with interests in public speech, argument, and their effects on subjectivity.