A Goldsmiths, University of London researcher has built a music synthesiser and sequencer designed – but never realised - by electronic music pioneer Daphne Oram more than 40 years ago.

PhD student Tom Richards has spent the last three years poring over an unfinished project by Daphne Oram (1925 – 2003), one of the central figures in the development of British experimental electronic music.

Oram was the co-founder and first director of the BBC Radiophonic Workshop, and is credited with the invention of a new form of ‘drawn sound’ synthesis – Oramics, which was recently the subject of the ‘Oramics to Electronica’ exhibition at the Science Museum.

The original Oramics machine was designed in the early to mid 1960s and was built with funding from the Calouste Gulbenkian Foundation.

It was different to many early forms of electronic synthesisers: the composer/musician drew onto a set of 35mm film strips which ran past a series of photo-electric cells, generating electrical signals to control amplitude, timbre, frequency and duration.
The original Oramics Machine was the size of a large office photocopier, so was too cumbersome for the average musician. In the early 1970s Oram began work on Mini-Oramics (perhaps inspired by Moog’s development of the Minimoog), but as far as we know she never completed a prototype.
“There were a lot of reasons why she didn’t launch Mini-Oramics,” explains Tom. “She was working on her own, she wasn’t affiliated to a large organisation or university.
“She had ups and downs in her life, and at the time she was working on Mini-Oramics, she also worried that her approach to musical research was out of fashion when compared to chance-based and computerised techniques. She was unable to secure the further funding she needed and she eventually moved on to other research.
“In an alternate universe, Mini-Oramics might have become an actual product, bought and used by musicians all over the world.” 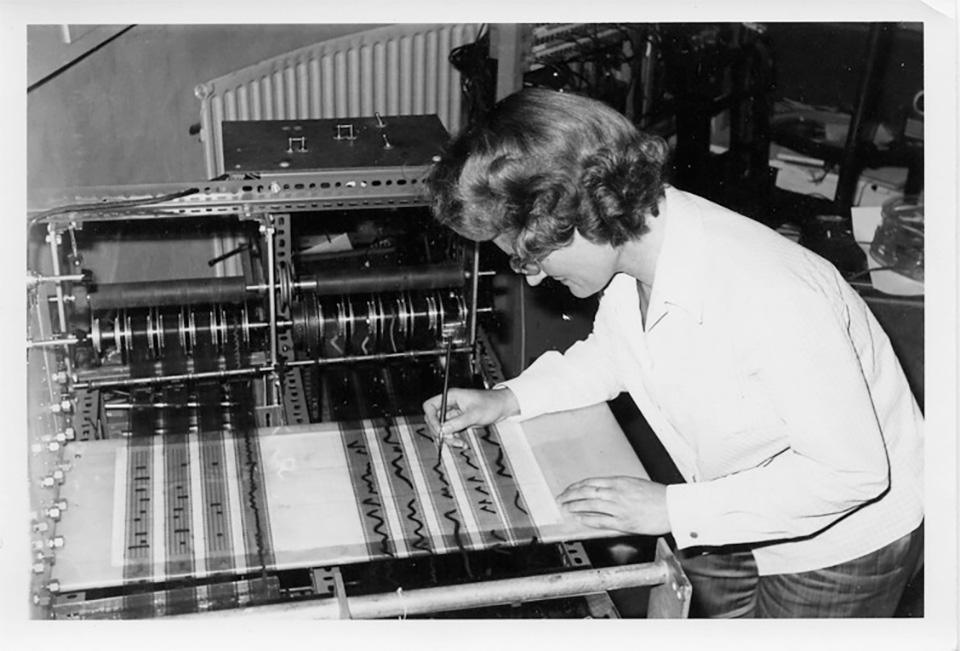 Dr Mick Grierson, director of Goldsmiths’ Daphne Oram Archive, and Tim Boon head of research at the Science Museum, invited Tom Richards to do a practice led PhD on the subject of Oramics. Tom decided to re-imagine and then build Mini-Oramics.

“The rules were simple. I had to imagine I was building the machine in 1973, interpreting Daphne Oram’s plans and using only the technologies that existed at that time.”

Tom is now working with six contemporary composers, giving each of them a few days to play with the Mini-Oramics machine.
One of the composers, London-based sound artist Ain Bailey has recently been working with the MiniOramics synthesiser. “It’s a fantastic instrument. I’m not a formally-trained musician, so it’s been great to work with an instrument where I can create the sounds graphically,” she said.
Other composers working with MiniOramics include James Bulley, John Lely Jo Thomas, Head of Goldsmiths Electronic Studios Ian Stonehouse and Rebecca Fiebrink.
Tom adds: “This is an opportunity to experience what it would have been like to use Mini-Oramics, had Oram managed to complete it. It’s a way to test how important her ideas were, and to consider how influential she could have been.”

Find out more about the Daphne Oram Collection at Goldsmiths 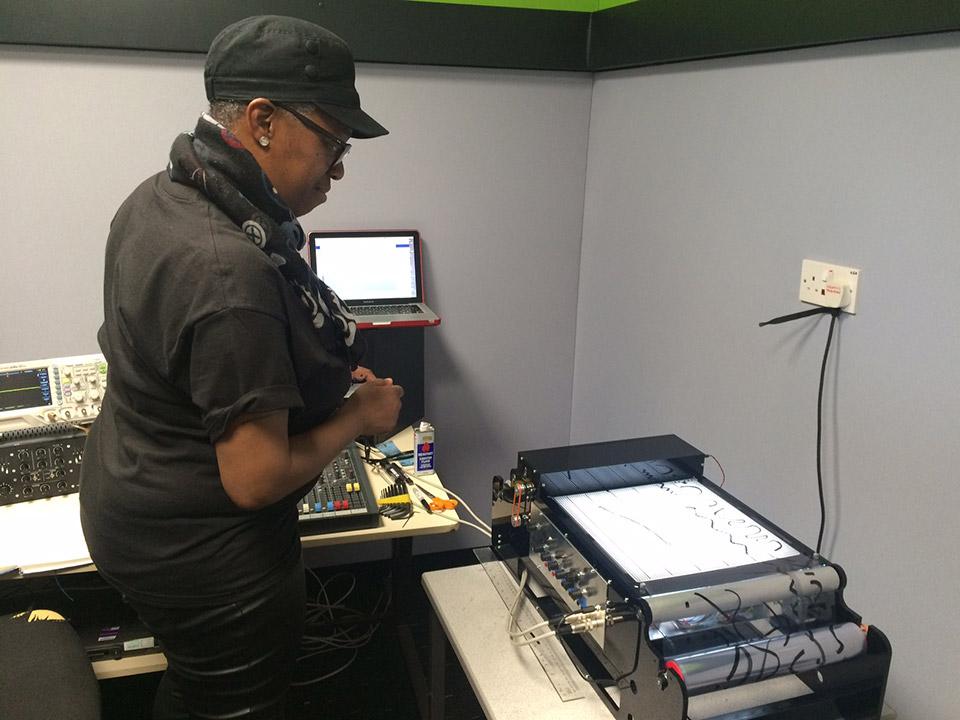