Forensic psychologists at Goldsmiths, University of London are helping German police attempt to identify a probable murder victim who was pulled from the North Sea 28 years ago.

On 11 July 1994, the body of a 6ft 5 man wearing British-made shoes was recovered from water to the north west of Heligoland, a small archipelago that forms part of the German state of Schleswig-Holstein.

Attempts to identify him in the years since have been unsuccessful and the case remains open.

Now a new appeal for information has been launched by Wilhelmshaven investigators, the Oldenburg public prosecutor's office, and the Lower Saxony Police Academy so that the man can be named, loved ones informed, and potential perpetrators brought to justice.

Their campaign is being supported in the UK by the charity Locate International, who are working with forensic psychology experts from Goldsmiths, the University of Staffordshire and Plymouth Marjon University to appeal to the public in the hope that memories can be jogged and new lines of investigation opened.

The Cold Case Investigations Team (CCIT) at Goldsmiths were approached by Locate, on behalf of the police, last year to help with the appeal for information in this case, drawing upon scientific research and theory to make the appeal as effective as possible.

The CCIT advised on the type of images to include in the appeal, purposefully directing people’s attention towards unique descriptive details that might aid identification, while also providing general cues which could jog memories. 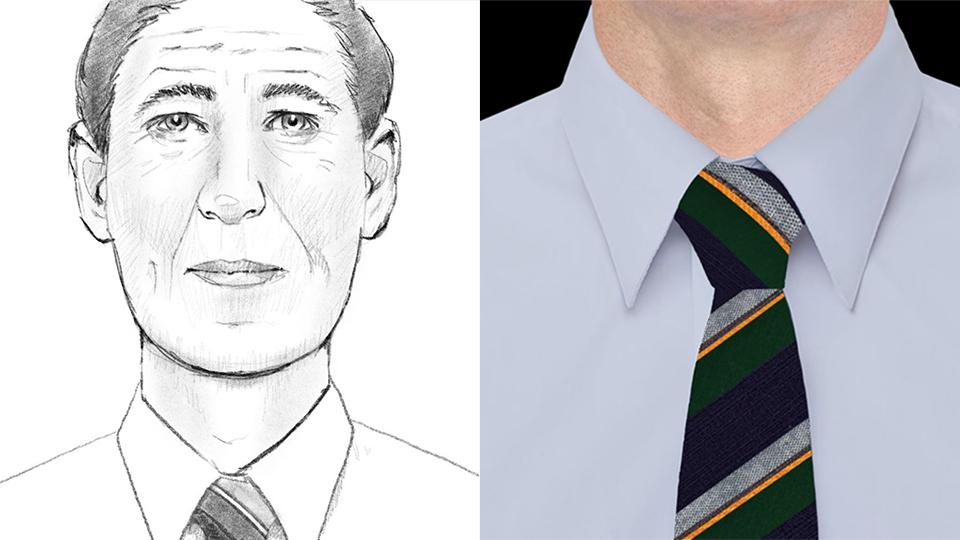 While facial reconstruction experts have managed to generate a sketched likeness, due to the condition of the body when it was pulled from the water, his hair colour, hair length and eye colour are unknown.

There are indications that the man was from an English-speaking area so may have been British or had a close relationship with Britain: His black or navy leather loafers were a size 11 made by relatively expensive English shoe manufacturer Church & Co Ltd. The shoes had been re-soled with Philipps soles and had replacement heels manufactured by Dinky Heel PLC, Bristol, with the inscription I.T.S. Jubilee and a stylised crown.

He was wearing a 100% wool tie with a base colour of dark blue, and with grey, brown, orange and green diagonal stripes. The tie’s label included instructions in English and French to dry clean only. His navy trousers were made in France and he was wearing a long-sleeved, light blue shirt with collar.

The body showed injuries on the head and upper body, and there was evidence of him having been weighted down, suggesting intentional harm.

It is not known how he entered the water. His body may have been thrown off a ship off Heligoland or entered from Heligoland and moved out to sea.

Fiona Gabbert, Professor of Psychology and Director of the Forensic Psychology Unit at Goldsmiths, said: “We believe that the man is likely to have gone missing somewhere between the end of 1993 and the first six months of 1994 so we’re calling on the public to think back to that time.

“Our research shows that activating memories from a particular period can help individuals remember more information from that particular time so we’re asking you to read through a list of news and events that happened in 1993/1994. Take a while to think where you were and who you knew at this time. Do you think you might know the man we are seeking to identify?”

The period’s most newsworthy events include the death of Pablo Escobar in 1993, the March 1994 IRA Heathrow bombings, the death of Nirvana singer Kurt Cobain, O.J. Simpson’s arrest and the inauguration of Nelson Mandela as President of South Africa. Pop songs ‘Love is all Around’ by Wet Wet Wet and Whigfield’s ‘Saturday Night’ were released and ‘Four Weddings and a Funeral’ appeared in cinemas.

The full public appeal, including a list of key 1993-1994 ‘memory jogger’ events can be found on Locate International’s case page

About the Cold Case Investigations Team at Goldsmiths

The Cold Case Investigations Team (CCIT) is part of the Forensic Psychology Unit, based within the Department of Psychology at Goldsmiths, University of London.

The CCIT was developed in January 2021 with the aim of examining existing and improving future missing person and unidentified body cold cases. The team consists of postgraduate volunteers, overseen by directors Professor Fiona Gabbert and Dr Adrian Scott. The CCIT is currently involved in several projects in collaboration with UK police forces, the National Crime Agency Missing Persons Unit, and the charity Missing People. They work closely with the charity Locate International and have completed Open-Source Intelligence Training (OSINT) and Active Search training with their experts.

The CCIT offers scientific expertise in the field of Forensic Psychology and produces high-quality research in relation to missing persons investigations. They liaise with specialist teams to develop innovative solutions to advance missing persons investigations, for example, effective appeals for information, and investigative tools to elicit information and potential new leads. They also liaise with family members and allocate the necessary time to examine every piece of information from a case, ensuring all leads have been explored.

Fiona is an expert in applied cognitive psychology, studying the reliability of human memory via understanding its strengths and weaknesses. 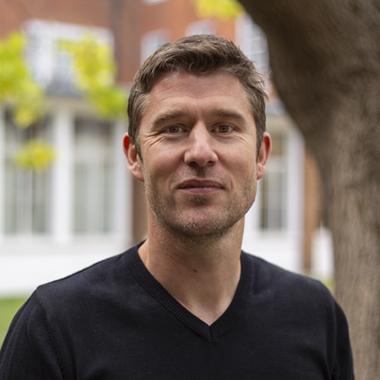