Dr Michael Simpson from the Department of English and Comparative Literature recalls Goldsmiths' contribution to the 2012 Cultural Olympiad, and the high profile of poetry at the London Games.

A peculiar but also regular feature of the summer Olympic and Paralympic Games is that there is protracted, almost wall-to-wall anticipation of the latest Games, but very little public representation of them after the two weeks of their duration. Yet there is some compensation in this. Part of the ritual of anticipation of each new Olympics involves a recollection of the last Games. So it is that the public build-up to the Rio Games has featured some impressions of, and comparison with, the London Games of 2012; and the 2012 Games likewise involved some recollection of Beijing 2008.

We have a licence, then, to look back at 2012. These Games were especially significant in the UK because they were only the third occasion on which Britain had hosted the modern Olympics: 2012 followed 1908 and 1948.

In the run-up to the 2012 Olympics, Goldsmiths recognised the accumulating presence of this colossal spectacle within London in several ways. One such recognition was an event organised by the Department of English & Comparative Literature. This event took the form of a poetry happening, titled ‘Poetry and the Olympics – ancient and modern’, on 29th March 2012. In one sense, this event sought to catch the spirit of the contemporary Cultural Olympiad. This latter term refers to the cultural festival that the host nation of the next summer Games initiates four years before those Games themselves, which then conclude that Cultural Olympiad.

The major themes of each Cultural Olympiad are determined by the host nation itself, and usually reflect acknowledged aspects of that nation’s heritage. Among the themes of the London Cultural Olympiad was poetry, and this theme, with others, was reflected in the terrific Opening Ceremony for London 2012. In particular, poetry enjoyed a high profile right at the start of the ceremony, which was inaugurated by the ringing of a bell on which was engraved a speech from Shakespeare’s The Tempest; this speech was then declaimed by the actor and director Kenneth Branagh.

The Opening Ceremony was devised and directed by Danny Boyle, who has recently talked about the whole collective effort, in a BBC TV programme.

As well as gesturing to the Cultural Olympiad, ‘Poetry and the Olympics – ancient and modern’ was an attempt to advance, experimentally, an important aspect of Goldsmiths’ Department of English & Comparative Literature.

For some while beforehand, the ECL Department had been cultivating the intersection between our work in literary-critical research and the creative writing that we have also pioneered. Co-organised by Maura Dooley, Blake Morrison and myself, this poetry happening brought together creative writers and literary scholars, by design.

What resulted was a one-day event that combined illustrated talks on the profile of poetry within the ancient and modern Games with new poems written on Olympic themes by members of the ECL Department’s academic staff and some postgraduate research students.

Guest speakers from beyond Goldsmiths contributed substantially to the event: Professor Jo Shapcott (Royal Holloway, University of London) gave the day’s keynote reading, of her poem ‘Wild Swimmer’, and Professor Barbara Goff (University of Reading) delivered a presentation on the role of poetry at the foundation of the modern Olympics, in 1896. Meanwhile, Dr Armand D’Angour (Jesus College, Oxford University) straddled the literary-historical and the creative dimensions of ‘Poetry and the Olympics – ancient and modern’, by giving an account of how he had fulfilled a commission from the Mayor of London to write an original poem, in Classical Greek and in the vein of the ancient poet Pindar’s Odes, for London 2012.

Selected proceedings of the poetry happening at Goldsmiths were published in the ECL Department’s online postgraduate journal, GLITS-e. Jo Shapcott’s poem ‘Wild Swimmer’ can be seen as a public installation at the Queen Elizabeth Olympic Park in Stratford, London, as can Armand D'Angour's Greek Ode.

In the event, London 2012 piqued my own curiosity about the public poetry of the Olympic Games in general, and I am currently completing a scholarly article on this topic.

‘Poetry and the Olympics – ancient and modern’ was a free, public event, and the audience on the day included students, staff, alumni and applicants. The victories and defeats of the 2012 Olympic and Paralympic Games were still to come, but at Goldsmiths poetry was already in motion. 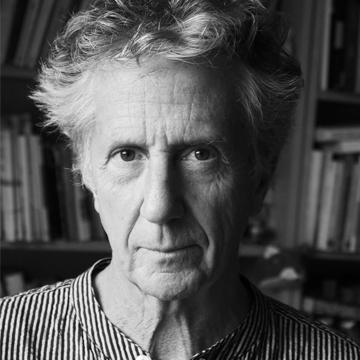 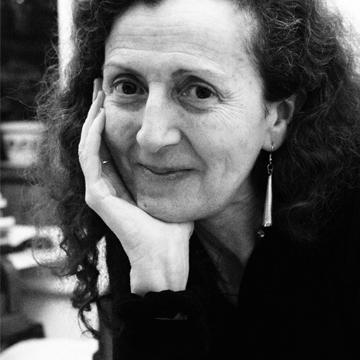 Maura specialises in creative writing, specifically in the form of contemporary poetry and short fiction.