New research at Goldsmiths, University of London aims to lift the lid on the psychological and neural processes that underpin how we judge other people’s actions – decisions that can have major implications in our legal system.

In a three-year £164,000 Leverhulme Trust-funded project, Dr James Moore and colleagues will explore how we judge someone else’s actions to be intentional or not.

They will focus on a particular quirk of our intention attribution system: our bias towards attributions of intent when judging other people’s actions.

A dual-process model of intention attribution has been put forward to explain this so-called ‘intentionality bias’.

This model has two steps: when we observe other people’s actions, a fast low-level neurocognitive system quickly and automatically makes an attribution of intent. That attribution can only subsequently be overridden by a slower but higher-level process in the brain that looks for alternative, unintentional, causes of action.

The first part of Dr Moore’s project will scrutinise this dual-process model using brain stimulation and behavioural manipulations. This research will help us better understand how we arrive at attributions of intent and what parts of the brain are involved in the process.

For example, in previous work Dr Moore has shown that the intentionality bias is linked to the presence of schizophrenia-like symptoms in the general population. He hopes to build on these insights during the project.

“In our everyday lives we attempt to understand and give meaning to the behaviour we see in others by identifying motives and intentions underlying their actions,” he explains.

The ability to distinguish between intentional and unintentional movements is integral to our social lives.

“It’s relevant in a broad social context, and particularly important in our justice system where criminal responsibility rests on that judgement of intentionality. Individuals’ freedom rests on decisions about intent.” 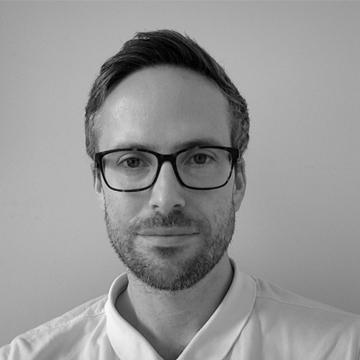 James is an expert in the cognitive neuroscience of voluntary action