Why did you choose this programme?

I knew a bit about the programme from a former graduate, I was aware of Goldsmiths’s history and politics. At the time I applied, however, what spoke strongly to me was the fact that the programme was within the art department and curating sat alongside fine art. This close proximity was the deciding factor in my choice.

What was your overall experience of the course?

Goldsmiths was a formative journey. If I put all the pieces together, this journey would take in my imagination the shape of a bildungsroman. The course was part of the larger experience of relocating to a new country, forming new and enduring friendships, discovering the city of London through its thriving cultural scene, but also struggling to pay the tuition and the monthly rent.

What made the course special and valuable to me was its peer orientation. We were there to learn from each other. My peers (and we were all women in that graduating cohort) hailed from different parts of Europe and the Americas: Brazil, Bulgaria, Cyprus, France, Italy, the Netherlands, Spain, Sweden, Switzerland, United Kingdom, and the United States. We were seeing exhibitions together, we were discussing texts and writers, we were cooking together, we were sharing thoughts, fears, and ideals trying to make sense of this collective journey. The programme was structured in a way to allow exchanges to take place inside and outside the seminar room. We were encouraged by the teaching staff to shape the discussions, and with this independence came the responsibility to make the exchanges relevant and in-depth.

As part of the course, we had different opportunities to put ideas into practice and work together, such as the collaboration with the Swiss Church in London or the David Roberts Art Foundation. We also took initiative and worked closely with our colleagues from the fine art programme, for instance in a collaboration with the Institute for Mathematical Sciences at Imperial College in London or on the hallway of one of Goldsmiths’s cafés. There was no prerequisite from the programme for such exchanges, but for some of us, this happened organically. Getting to know the students in the fine art programme, their concerns and practices made my experience so much richer.

Being in London is part of the course. One piece of advice we received stuck with me: own a good pair of shoes so you can walk and see as much as possible. London has such a layered art scene, from independent spaces, short-lived initiatives, to good galleries, museums, and art schools. Seeing exhibitions, meeting and talking to artists was an essential part of my learning process at Goldsmiths.

I enrolled in the course in 2009. One year later, the plan to raise substantially the tuition fees in the United Kingdom was approved by the government, despite the student protests which some of us joined as well as Goldsmiths faculty. I was fortunate enough to be part of the last three generations before the tuition raise. At Goldsmiths I was allowed to pay my tuition in several instalments, while other universities would request upfront payment. This flexible instalment plan, a lower tuition fee, and a small scholarship made it easier for me to attend the course. I hope that Goldsmiths will strengthen its support through more scholarship opportunities and tuition-fee subsidies for students from a diversity of backgrounds, including low income. This can be a lasting contribution to a more inclusive art world.

What have you done since graduating?

I continued to work with FormContent, a curatorial initiative, established in 2007 by three Goldsmiths graduates: Francesco Pedraglio, Caterina Riva, and Pieternel Vermoortel. FormContent nurtured in me an inclination to think creatively about curatorial and institutional processes and stretch the possibilities of how cultural production can be made public, experienced, discussed or written about. For one year, I worked at the Royal College of Art in London coordinating the visual culture lecture series, a learning experience to create bridges between practitioners and students within an academic environment. In 2013, I relocated to Singapore. As curator for exhibitions and later head of publications, I had the rare opportunity to join the team of a new institution, the NTU Centre for Contemporary Art founded by Ute Meta Bauer. Living and working in Southeast Asia made me much more aware of histories and concerns that have little visibility and resonance in Europe. Last year, I returned to Romania and curated together with Maria Lind the third edition of the Art Encounters Biennial in Timișoara.

In what ways do you think the course has influenced or fed into your practice?

As the course is not prescriptive in terms of what curating is and in what format research can be articulated, it allowed me to find my voice. It encouraged me to be self-reflective about the process of curating and to think about all the constitutive elements and forces that give shape to it. The course also encouraged me to make writing part of curatorial thinking. I remembered all the writing exercises we did, from exhibition reviews to analysis of a single artwork, they were so valuable to me. Writing close to artwork and an artistic process became part of my practice.

What advice would you offer current Goldsmiths MFA Curating students?

To take advantage of the conceptual liberty that the course offers and think outside the canon, and to make the most out of being in London.

The course certainly strengthened my knowledge of the international art scene and current curatorial discourses.
Find out more
Sohyeon Park 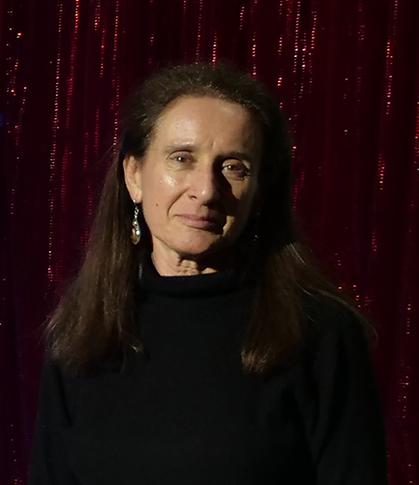