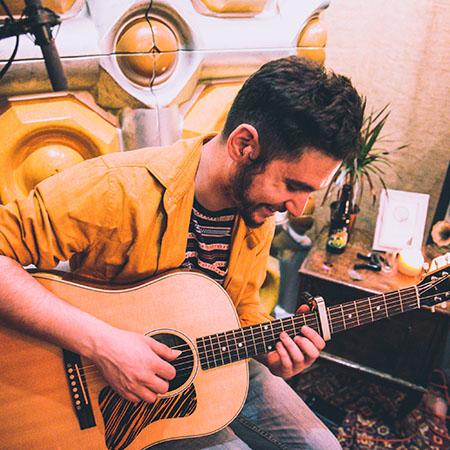 Angelos is a MA in Arts Administration & Cultural Policy: Music Pathway graduate. He was a Goldsmiths student in the academic year 2011 - 2012. This programme proved to be a vital asset in his later involvement in the field of Events Management as well as Music Business. Since his graduation, he has worked in the field of Marketing for acknowledged agencies (HarrisonParrott - UK) as well as Account Management and Marketing for large ticketing companies in Greece (Viva.gr - GR). From 2015 onwards he has concentrated in the field of performing music, working as a session, touring and recording musician. His latest personal project is called 'Pelion Rivers' and refers to a folk persona who is writing music between travelling destinations. His first video, 'Pixels', was recorded live at an abandoned 20th century station in Central Greece.