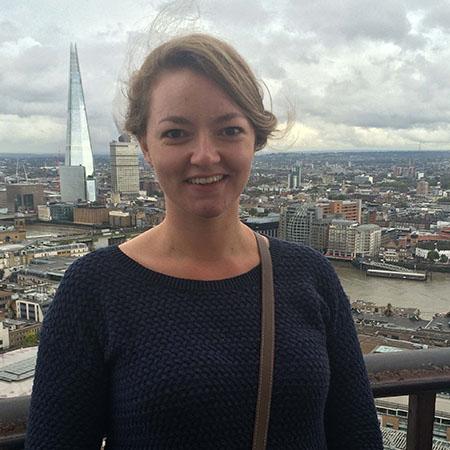 When I first started at Goldsmiths in September 2013 (MA Arts Administration & Cultural Policy: Music Pathway) I had already been working at the Really Useful Group for several months, digitising and cataloguing the Andrew Lloyd Webber music library. I had studied Music at undergrad loved working with music in such an exciting setting, but wanted to really expand my understanding of the industry, related fields, and practises outside of London and beyond the UK. The guest speakers that we met in the first few months of the course really opened my eyes to the possibilities of what a creative mind (with a love of logistics and organisation, like mine!) could do. I interned with Classical Opera, where I worked on an audience development scheme to help the company's upcoming performance of La Clemenza di Tito reach more local students and young people.

My role at RUG evolved, and I was able to engage with other departments in the company using what I'd learned at Goldsmiths about fundraising, marketing, management and staffing structures, and the role of West End Theatre in the wider UK and European theatre industry. Two of the best experiences I had were working on the Cats revival at the Palladium in November 2014, and preparing scores for School of Rock: The Musical on Broadway.