"Some courses were amazing (at Goldsmiths), especially among the optional modules, such as those on Migration and Gender, The Philosophy of Race, Sociology of Underdevelopment, and Political Sociology. The teachers were sharing knowledge on the specific fields they research/reflect on, and the modules were really well structured. They have shaped the way I think about the world.

The 3 years spent in the Sociology Department really made me feel the existence of a community of critical scholars. Admittedly, at times negative aspects emerged, such as the perceived disconnect between radical theoretical stances and concrete commitments. In general, though, it was inspiring to realise that such a community of scholars existed, it worked together, and it worked hard to develop a specific form of knowledge.

My favourite thing about studying in New Cross was that it's gentrifying, but it's still cheaper and less intense/hectic etc than Central.

I am now doing a PhD in Sociology at Bristol University. I particularly enjoy the freedom of controlling my own work, and the support offered by experienced scholars.

I would advise current students to focus on what you like. Through a variety of courses or events, curricular or through societies, at Goldsmiths or in other Unis in London, you have the opportunity to explore loads of different topics, issues, etc. Delve in that variety, then focus on what you're interested in."

Studying at Goldsmiths has had a huge impact on me as a person; I have learnt so much and will be leaving a totally different person.
Find out more
Kelly 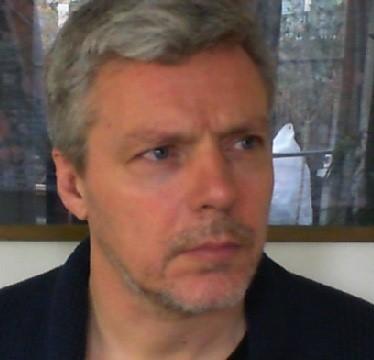 Professor in Sociology and Pro-Warden for Research, Enterprise and Knowledge Exchange
Find out more