This programme encourages an interactive teaching approach that builds confidence, develops understanding of how the language system works and leads to purposeful language use. It provides you with the tools to make the study of language stimulating for the full range of learners.

If you have specific questions about the degree, contact Marian Carty.

In the Autumn Term, College-based sessions complement school-based work by covering issues raised in lesson planning – eg. speaking skills, group work, or using ICT. The sessions are based on workshop-type activities, but offer the opportunity to reflect on the underlying teaching principles.

They also allow you to follow up General Professional Studies by exploring equal opportunities, classroom management, Every Child Matters and Inclusion.

For the Spring and Summer Terms, you move to a second school and take on more responsibility for teaching classes; you may also continue to team-teach with your mentor in school.

Your university tutor and mentor share responsibility for assessing your teaching practice, and help you identify your strengths and work on any weaknesses.

You also work with your mentor on a curriculum development project in which you explore a current initiative in language teaching, devising teaching materials and trying them out in the classroom.

You complete one formal subject assignment during the year. This includes a review of current language teaching methodologies and how they have developed, as well as a focus on a particular issue related to current classroom practice.

You apply for this PGCE through the Department for Education’s Apply for Teacher Training website. More information about the process can be found on the Get into Teaching website.

Please take a look at the information on applying, including the specific qualifications or experience you need for this course.

There's no closing date for primary or secondary applications, but we advise you to apply early to avoid disappointment.

A range of teaching methods are employed across the PGCE programmes, including:

As with the other PGCE courses, you’ll be given the opportunity to work with children in a wide range of contexts. These might include focused interventions with individuals or groups, or larger scale events for the community.

The requirement for European language teachers to have some grasp of two of the three languages (French, German or Spanish) is because most of the partnership schools used for teaching practice find it easier to timetable lessons if you have two languages, even if one is at a basic level and there are many more posts requiring two languages, even if the second language is only offered at beginners’ level, than for just one language.

In terms of long-term career prospects, most heads of department have two languages in order to be able to advise/lead the rest of the department.

If you were educated in France, Germany, Spain, or another country where one of these languages is spoken, you must have a degree from a university there.

This does not have to be a degree in the language, but usually it should be in a subject that requires writing clear, grammatically accurate coursework/assignments/dissertations. A degree in English from such a country is also acceptable since it requires translation and good, grammatical understanding.

We do take a very limited number of students with only French, Spanish or German. If you only speak one of these languages, we advise you to apply early as there are very few of these places. If you have no second language, or only a limited knowledge, we expect you to make every effort to develop this before the programme starts (eg. through evening classes, courses, holidays abroad, or self-study).

If you have lived outside the UK and have not worked in a British school (for example as a Foreign Language Assistant), it is very helpful if you arrange to visit a secondary school for a day to observe lessons before you submit your application. You can then refer to this visit in your personal statement.

Get into Teaching Funding

The Department for Education offers tax-free scholarships and bursaries to trainees on eligible PGCE programmes. Bursary amounts vary depending on your previous qualifications and the subject in which you're training to teach.

For more information about PGCE funding visit the Get into Teaching website.

Please note: These bursaries are not controlled by Goldsmiths and are subject to change.

If your fees are not listed here, please contact the Fees Office - fees (@gold.ac.uk).

In addition to your tuition fees, you'll be responsible for any additional costs associated with your course, such buying stationery and paying for photocopying. You can find out more about what you need to budget for on our study costs page.

We offer a range of scholarships and bursaries for prospective students, and our careers service can also offer advice on finding work during your studies. Find out more about funding your studies with us. 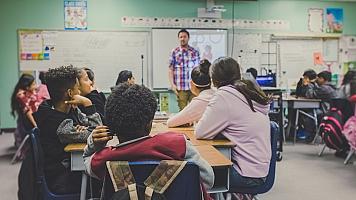 Our PGCE with Maths programme will support you to become a reflective, inclusive and creative primary school teacher. In addition, as a maths specialist, it will provide you with an enhanced understanding of maths teaching across all primary age phases. 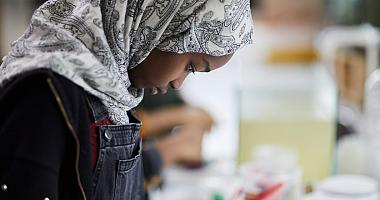 Our Primary PGCE with Modern Languages programme will support you in becoming a confident, reflective, and engaged primary school teacher. In addition, it will provide you with the opportunity to understand how languages French, German, and Spanish can best be taught across the Primary age phases. 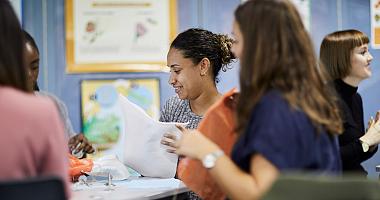 Our well established Primary PGCE programme will support you in developing the skills, knowledge, and understanding that you’ll need to become a reflective, inclusive, creative, and engaged classroom practitioner. 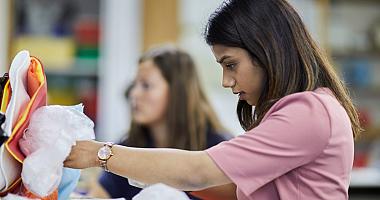 This teacher training programme prepares you to teach art and design in secondary schools. You are shown how to plan, resource, and organise art lessons, as well as how to monitor, record, evaluate, and assess students’ art practice.

The best place for teacher training

Why do a PGCE at Goldsmiths?

PGCE costs and how to access help with funding 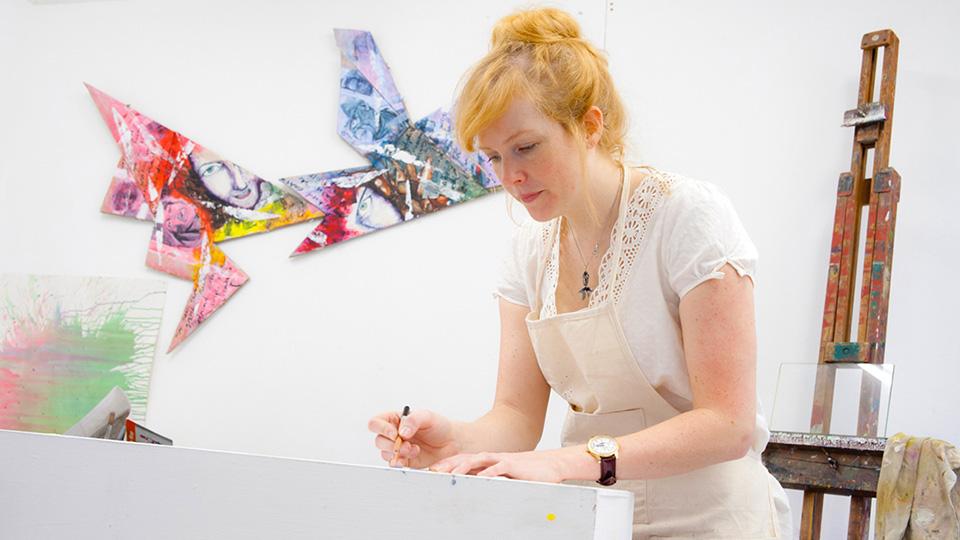 About the Department of Educational Studies