New research by psychologists and computer scientists supports a theory that the brain prefers artworks that appear to have been created with natural, human-like movements.

A dominant theory in the psychology of art suggests that ‘action painting’ is considered beautiful not just because of its content or composition, but because it vividly conveys the effort and dynamics of the actions that the artist performed in making it.

Yet a connection between drawing actions and appreciation for their outcome had not previously been confirmed in a scientific study.

Across four studies led by Dr Rebecca Chamberlain – a neuroscientist specialising in how we create and respond to art – researchers at Goldsmiths, University of London explored the links between the type of movements artists and non-artists found natural and found appealing.

The team used artificially-generated complex line drawings designed to resemble graffiti tags, as an essential characteristic of graffiti is the mastering of very rapid and fluid drawing movements. Participants were not told the series of videos and images of drawing movements were computer-generated when they were asked to make judgements about their naturalness and aesthetic value.

The first studies were conducted with participants who did not have any art expertise – they were recruited from a pool of students not enrolled on courses related to art.

The results, published in the British Journal of Psychology, indicate that human-like drawing movements were perceived as more natural and pleasant than movements with a uniform profile. The more natural a movement was seen to be correlated with how much people preferred it.

Another study explored whether the speed of a movement determined approval. The results clearly showed that it did not matter if movements were fast or slow, but people preferred drawing actions that comply with the biological constraints of human movement: if it looked produced artificially, it was not as appealing.

One further experiment found that line drawings with visual features consistent with the dynamics of natural, human-like movements (so lines that were thicker in some places and thinner than others) were preferred, but only by art students, not those without art expertise. 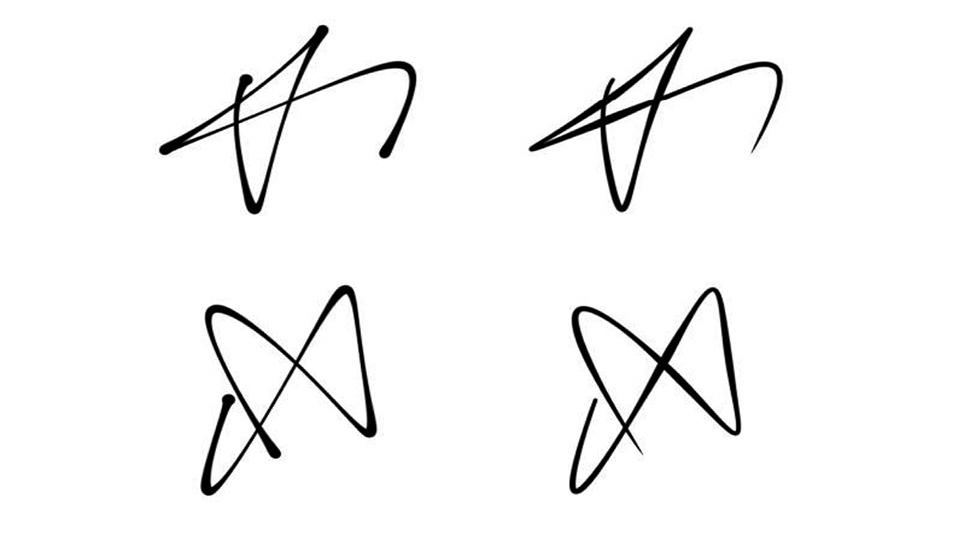 [Two examples of line drawings generated with natural, left, and unnatural, right, movement models. The research team's manipulations of line thickness correspond to the way in which paint or ink accumulates on the surface when an artist performs a drawing movement]

The study was a collaboration between researchers in the Department of Computing and the Department of Psychology at Goldsmiths. Professor Frederic Fol Leymarie and Dr Daniel Berio provided the computational model of drawing movements used in the psychological experiments.

Dr Rebecca Chamberlain said: “Our findings suggest a preference for artworks with kinematics that signal the presence of a human agent. This study directly links the aesthetics of human action to the visual aesthetics of drawings, but also highlights the importance of incorporating artistic expertise into embodied accounts of aesthetic experience.

“I’d argue that the extra training that artistic experts have allows them to engage more with the underlying creative process behind a drawing or a painting and this leads them to like it more. We’ve seen similar findings in the research on dance, where experts are better at telling the emotion behind a particular dance move, because they have performed the movement themselves.”

Professor Leymarie’s research focuses on creativity and AI systems, including robots which can perform with artistic skills similar to expert humans.

He said: “For a few decades, early results in psychology and neuroscience research have indicated that humans respond to calligraphic traces, whether written, drawn or painted, by linking the aesthetics – their appreciation of the artist’s skill - to ‘plausible generative kinematics’ or whether they could have drawn it themselves.

“You see a drawing, a graffiti, a signature, and you assume immediately a generative movement - your brain becomes more active in its motor areas, as if you were doing the movement yourself. This is an indication of how the real and the imaginary are closely linked.

“In this publication we report the first experimental results showing the intricacies of such a theory of human aesthetics based on calligraphic examples. It’s a really important contribution to theories of aesthetics, and the linking of body and mind as one.”

'A dot that went for a walk: People prefer lines drawn with human-like kinematics' by Rebecca Chamberlain, Daniel Berio, Veronika Mayer, Kirren Chana, Frederic Fol Leymarie, and Guido Orgs was published in the British Journal of Psychology on 24 August 2021: https://doi.org/10.1111/bjop.12527 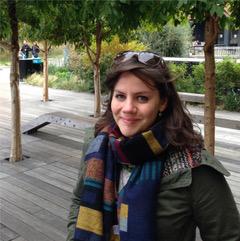 Rebecca’s research sets out to understand how and why individuals create and respond so powerfully to works of art. 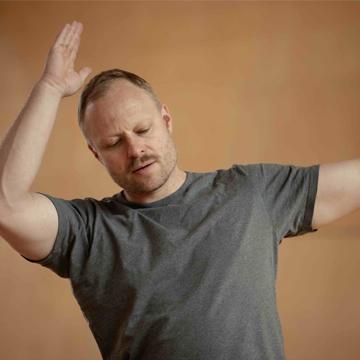