Goldsmiths, University of London is among the first-ever successful applicants to The Alan Turing Institute’s Network Development Awards.

The Alan Turing Institute announced today (2 February 2022) that it has made awards to 24 UK universities including Goldsmiths. Each university demonstrated its own particular research excellence and a track record of translation in data science, AI, or a related field. The awards are intended to enhance each applicant’s involvement with the Institute’s network of university partners.

The group of successful universities will be awarded up to £25,000, to:

Adrian Smith, Institute Director, said: "The awards reflect the demand across a range of sectors to work with the Institute. Data science and AI doesn’t stand still, and so we look forward to working together with this network of universities; exploring new ways to grow the UK’s dynamic research and innovation landscape."

Dr Larisa Soldatova, project co-lead and Reader in Data Science in the Department of Computing at Goldsmiths, said: "We are delighted to be networking with The Alan Turing Institute through this award. Goldsmiths has a diverse and engaged community of researchers at all career stages and students, working in AI.

"This award will support the development and growth of a network in creative and human-centric AI (CAI) – the areas that are of pivotal importance to the breadth and depth of skills and expertise, the development of future generation of AI and data science specialists, for public engagement, and for influencing industry and societal views."

Professor William Latham, project co-lead said: “There will in addition be exhibitions of high quality works by artists, designers, developers, using and developing AI tools and techniques, which we will curate and present on site at Goldsmiths, in the fashion of our past events, such as the Creative Machine series" [Creative Machine and Creative Machine 2].

Further details of the announcement and all 24 universities receiving awards.

The Alan Turing Institute is the UK’s national institute for data science and artificial intelligence.

The Institute is named in honour of Alan Turing, whose pioneering work in theoretical and applied mathematics, engineering and computing is considered to have laid the foundations for modern-day data science and artificial intelligence. The Institute’s goals are to undertake world-class research in data science and artificial intelligence, apply its research to real-world problems, driving economic impact and societal good, lead the training of a new generation of scientists, and shape the public conversation around data and algorithms.

This news story is based on an original press release from The Alan Turing Institute. 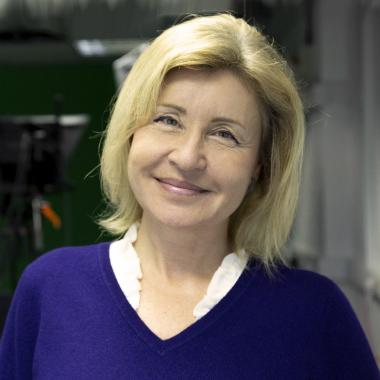 Larisa joined Goldsmiths in November 2017 as director of the online Masters in Data Science programme.