A digital artist residency spanning six countries across the globe has been launched by York Mediale in collaboration with the British Council and Goldsmiths, University of London.

‘Immersive Assembly Vol 1: Ritual & Connection’ will take place October-December 2021 and will result in the creation of new immersive project proposals which will then be pitched to a panel of international cultural influencers.

In partnership with the British Council and Goldsmiths, University of London, York Mediale has selected a total of nine participating artists/art collectives from Argentina, China, Ghana, Mexico, the UK and Zimbabwe to take part in an inspiring residency programme to help them collaborate and showcase their talent. The participants have a diverse range of backgrounds and artistic practices, from theatrical performance to audio art, DJing and virtual reality design.

Read more about the residency and the artists/art collectives

The residency gives each artist the opportunity to work on ideas for a major public facing artwork that incorporates the use of immersive technologies and storytelling techniques. The cohort of nine nominated practitioners will form new collaborative groups who will work together over the course of the residency to develop ideas responding to the theme of ‘rituals and connection.’

This residency programme will include a series of sessions hosted by leading UK digital artists in York Mediale’s community, including art collective Marshmallow Laser Feast, artist and film-maker Kit Monkman, and Alexa Pollmann, director of performance design collective Peut-Porter. These sessions will inspire the group to further explore the theme of rituals and connection before arriving at their final idea, which they will pitch to a panel of experts from across the immersive arts industry in December.

Tom Higham, Creative Director of York Mediale, said: “Immersive Assembly is such an exciting project for us to embark on, as we’re passionate about creating opportunities for the next generation of digital and media artists. There is still a distinct lack of support for media artists in the industry, despite them growing in stature, maturity and significance, and we want to lead the way for there being more opportunities. Talent development is, and always has been, central to why York Mediale exists, and we’re excited to be launching this ongoing programme with this residency.

“Geographical borders have little meaning online and digital artists have a ‘canvas’ that’s limitless, so we’re partnering with the British Council and Goldsmiths, University of London to reach early-stage artists from all over the world. The possibilities for digital artwork have really opened up as people have lived more and more of their lives in digital spaces over the past 18 months. As a result of the pandemic and being forced online, the whole world has opened its eyes to the potential we’ve been championing for years. We know that the participants are going to come up with some incredible projects which will hopefully be seen at major art festivals around the world in the future.”

Dan Tucker, Creative Producer said: “The artists we have selected for this international residency have an extraordinary variety of backgrounds and expertise. The first volume of Immersive Assembly feels like it is setting a high standard for artist development in response to Covid, crossing borders and time zones effortlessly. Bringing together great talent from within our cohort to meet and work with some of the world's leading practitioners and programmers. I cannot wait to see what new visions of 'ritual and connection' come from the final teams of artists in December."

The panel reviewing the final proposals will include film-maker Ruthie Doyle from Sundance Institute in the United States, and Myriam Achard, Head of New Media for PHI Centre in Montreal. Organisers of the residency hope that the resulting artwork will be commissioned by arts festivals and events around the world.

Professor Jonathan Freeman, Goldsmiths, University of London said: “Our AHRC funded IIIE project started in February 2020, with a core focus on enabling collaboration between our UK and China partners in the immersive space; creatives, technologists and researchers. The pandemic forced our planned visits and placements between our creative and technical partners in the UK and China to be replaced with online talks and workshops - which don't offer the same potential to develop deep collaborations . York Mediale's creative, innovative, online solution in the form of the Immersive Assembly will enable us to push ahead with our plans for IIIE, despite the pandemic.

“We are genuinely excited to support this inaugural Immersive Assembly alongside the British Council. After the last couple of years, where everything we used to do has had to change for long periods of time, and our connections to each other have been tested to extremes, the theme of 'Rituals and connection' is a perfect focus. We cannot wait to see the results of the participant artists' engagement with each other, and the artists who will be working with them throughout the residency.”

This story is based on an original York Mediale release. 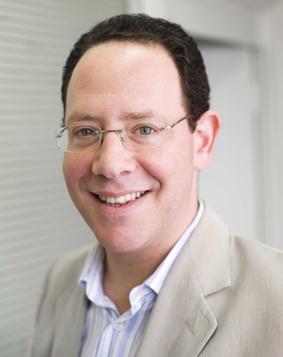 Jonathan is an expert in media psychology and the human factors of digital media services and products.