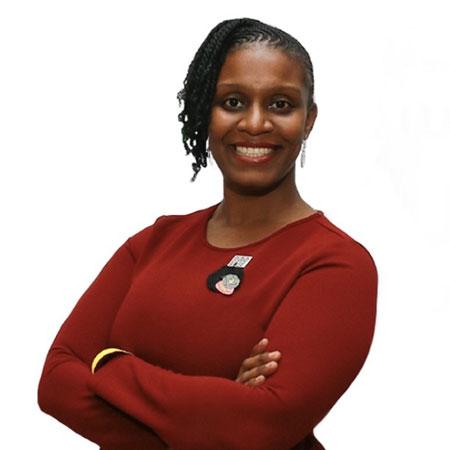 Goldsmiths has the radical nature of being the first of many things. I’m very much about creating new things.

“I love being at Goldsmiths,” says Selena. “I love the BA History with Military History. I love the modules and the concepts that tutors bring to the courses. I’ve studied history for a long time – I’m a mature student – and the degree is allowing me to put the histories that I love and understand into a context that I didn’t have before I came here.”

Selena is a mum of two who juggles studying at Goldsmiths with parental responsibilities. She also runs BlackPoppyRose, which she founded in 2010. “With BlackPoppyRose I look at the contributions made by the African, Black, West Indian, Caribbean, Pacific Island and Indigenous communities and Global Nations to wars,” Selena explains. “It’s not just as simple as saying we’re remembering those who served in World War I and II – we look back to the Maroon Wars in Jamaica, the Seven Years’ War of the North Americas, the American Revolution, the Napoleonic Wars, Haitian Revolution, Crimean War, Māori wars, Apache wars, Xhosa wars in Southern Africa, and the wars of genocide on Indigenous people.”

BlackPoppyRose is both a symbol of Remembrance and an organisation that educates and empowers people to understand their historical timelines. “The degree allows me to take my work to another level to understand what was going on in European ideology in relation to the domination of Indigenous peoples all over the world,” Selena says. “It helps make sense of why people are remembering, in what ways we’re remembering, and how that ties into heritage, historical legacy and family trees – all of that combined.”

Before starting BlackPoppyRose, Selena travelled the world exploring her own family tree. “My family are from Jamaica, and I’m first generation born in England,” explains Selena. “Although I can look back at Black British history, none of that relates to me personally. So I wanted to look into my own identity. I travelled to Jamaica, America, Canada and all over this country to find family members.”

As a result of this, researching family trees became Selena’s profession, and she has carried out historical investigations for many clients, travelling and interviewing elders. “To see the impact of the work has been insurmountable. Some of the information I’ve been able to find has helped families deal with some of the traumas they’ve been carrying. It’s helped them deal with some of the misnomers they’ve had, and some of the secrets they were so worried about.”

While Selena was travelling and carrying out client work, she was sharing her idea for BlackPoppyRose. “I was asking people, ‘Do we need one? What does it feel like when you see one or interact with one?’ And there’s a lot of emotions, there’s a lot that’s being dealt with.”

“Something else I’ve done is carry out some work for Call of Duty, one of the most famous war games in the world,” Selena says. “I was approached to assist them in creating the first Black protagonist character, to give them a real background, a real history. I was able to consult with them and their writer to support the development of the character.” Meanwhile Selena works on documentaries with organisations globally, creates all the marketing campaigns and social media content for BlackPoppyRose, and delivers workshops and other training programmes. She is also on the verge of finishing her first book, and is keen to see how that might connect with her university experience. “I want to see that relationship between Goldsmiths doing pioneering war history, and how that can link to other universities doing war history, and see how that narrative and those specialisms can be expanded on. Goldsmiths has the radical nature of being the first of many things, and I’m very much about creating new things. So that’s why I’ve come to Goldsmiths – because I felt that the environment was going to be one that was going to be inclusive and welcoming, and not be intimidated by someone like me.”

Selena has found the experience of returning to the classroom an interesting one. “I’d not been in academic environments for 20 years,” she explains, “so to be in a university format is bizarre because now I’m around so many different people and characters, whereas usually I work by myself. And I’ve got life experience, I’ve learned skills and tools along the way. The younger students are just getting into adulthood. I want to empower them to understand that their gifts are unique to them, and university is about investing in yourself to finetune those gifts.”

“I would definitely encourage anybody who wants to further their work, their understanding, their concepts to think about Goldsmiths as a place to be educated. I hope other places are equally as inclusive in their dynamics, and open to new conversations – and not ones that are structured on what people think other people need, but encourage you to come and develop and share, and be a part of something that can be everlasting.”

Find out more about the work of BlackPoppyRose.