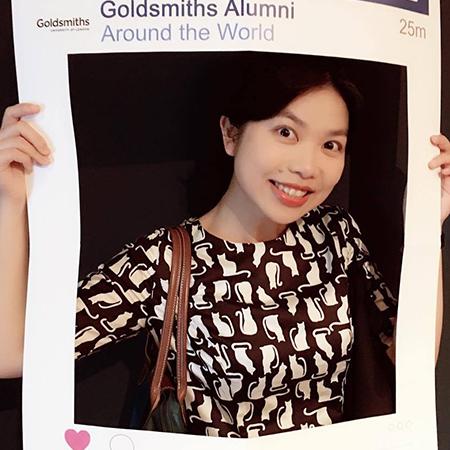 Upon receiving the BA degrees in Philosophy and Sociology from National Taiwan University, Chun-Ying followed her passion in performing arts to work in the National Theatre and Concert Hall in Taipei. In 2007, she headed for London to advance her professional skills. The MA Arts Administration and Cultural Policy programme not only integrated her academic background and working experience but also provided her an opportunity to reflect on the nature of cultural policy making. Studying with bright minds from all over the world and enjoying great arts in London made the year in Goldsmiths unforgettable.

After completing the degree, Chun-Ying returned to Taiwan and worked briefly as an arts administrator. With the passion and curiosity on cultural policy, she joined the Council for Cultural Affairs (now Ministry of Culture) as a project executive. The curiosity persisted and motivated her to pursue a career in cultural policy research. In 2010, she was awarded the Government Sponsorship for Overseas Study from Ministry of Education (Taiwan) and returned to Goldsmiths for her PhD research in ICCE. Her research interests include cultural diplomacy and relations, cultural identity, and nation branding.

While working on her research, Chun-Ying also worked as the London Correspondent for the magazine Performing Arts Review, a flagship publication by the National Performing Arts Center in Taipei. In 2013, she initiated a writing project ‘London life A to Z’ (in Chinese) with her husband Shunyu Pai. They have published two books based on their writings: Londonphiles: Footnotes of a Great City and Londonphiles 2: All Eyes on the Great City.

After years of research, Chun-Ying was awarded her doctorate in 2017. Her thesis title: Taiwan’s Cultural Diplomacy and Cultural Policy: A Case Study Focusing on Performing Arts (1990-2014); she now works as an adjunct Assistant Professor at the International Mater of Arts Program in Cultural and Creative Industries (IMCCI) at Taipei National University of Arts. Chun-Ying also serves as a board member and researcher in Taiwan Association of Cultural Policy Studies (TACPS).