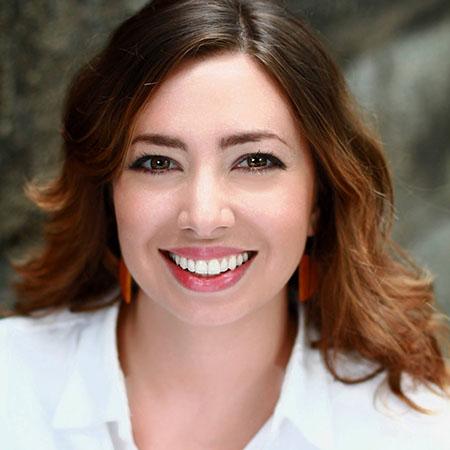 I am an Arab American artist and creative producer based in Harlem, NYC. When I was looking into graduate schools for arts administration, I initially thought about staying in New York, but the programs were all either 2 or 3 years long, and prohibitively expensive. Working for the British Council as the Arts Program Coordinator, I produced arts programs that supported cultural relations between the US and UK, which exposed me to British artists and culture. I knew I had found the right fit with Goldsmiths. I was intrigued by the notion of focusing on the UK’s cultural policy, which I consider to be superior to the United States’ as well as the international aspects of the program. The thought of living in London for a year, which is a true global crossroads and cultural mecca, was even more enticing. Plus the program ended up being more cost effective and time efficient, so that sealed the deal.

I found the program to be very well rounded, and while some of the material was remedial for me having worked in the field for several years already, I found that dedicating time to the study of best practice and cultural policy was still very helpful and rewarding. I particularly enjoyed the sessions about marketing and audience development, business planning, and the visits from arts professionals. During my spring semester, I worked three days a week at Artsadmin, a position that counted as my work placement. There I served as Assistant Producer on the Two Degrees Festival of art, climate change and social action, and had the opportunity to work with world-class artists on public art events around the city.

The British Council was very generous to hold my position for me until I returned from London. Shortly after resuming my post, I was promoted to Arts Officer where I now have greater responsibility over our partnerships and program management. I am also the Co-Founder was Creative Director of the Harlem Arts Festival, which supports and presents emerging artists for the Harlem community. I have recently become Chair of HAF’s board, and decided to focus my energies on long-term organizational development, board growth and artistic partnerships. Since graduating from college with a dual B.A. in Theater Arts and International Studies, I have always been focused on building a career in the arts with an international scope, while being an advocate for progressive policies and incorporating social justice agendas within the arts in the US.

As a member of Theatre Communications Group’s Young Leaders of Color, Women of Color in the Arts, and Theatre Without Borders, I was glad to expand my professional network to include my incredible classmates from around the world, and gain valuable contacts in the arts sector in Britain. Previously, I co-founded and was Executive Director of Hybrid Theatre Works, an international theater collective, which created over 60 original works using non-traditional space and new media. While at Goldsmiths I was invited by the American Embassy in Cairo, Egypt to consult and lead workshops on creative producing. I am confident that the experience and expertise I gained at Goldsmiths will continue to open doors for me throughout my professional life.