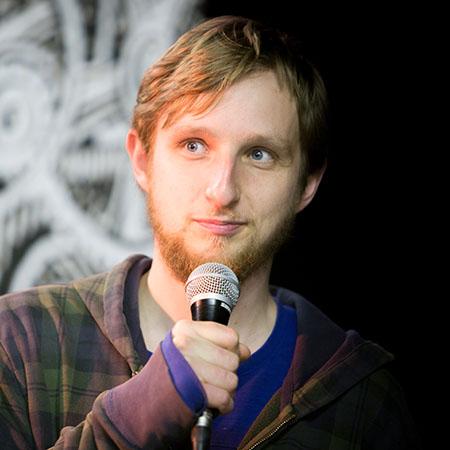 After graduating, I worked for two years as General Manager at the Bike Shed Theatre, then embarked on a full

After graduating, I worked for two years as General Manager at the Bike Shed Theatre, then embarked on a full time career as a freelance theatre maker and writer.

In 2014 I was commissioned by Camden People's Theatre to create "Camden on the Moon" as part of 20:20 Vision.

In 2015 I created "Grandad and the Machine", a steampunk fairytale for grown ups, which is still touring. The development of the show was supported by ACE, West Yorkshire Playhouse and Apples and Snakes. I received a commission from the Unlimited fund for disabled artists to tour the piece, including a showcase at the South Bank Centre.

In early 2016 I was commissioned by ARC Stockton and The Civic, Barnsley to create my first piece for children aged 3-7. Supported by ACE, "Horace and the Yeti" saw me take a major step forward in terms of size of production team, and working with another performer for the first time. Audience reactions were extremely positive and I will tour the piece in 2017.

As an artist working in spoken word and poetry I have performed at prestigious venues such as the Bowery Poetry Club, New York, the BBC Radio 4 National Poetry Slam and Latitude Festival. I won an Ideastap Innovators Award in 2013 and toured extensively with Apples and Snakes as part of Public Address 2. My debut poetry collection, Poems for Grown Up Children, is published by Burning Eye Books.