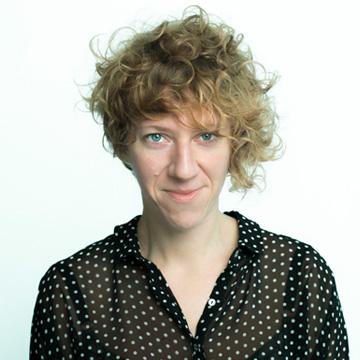 Diana Georgiou is a writer and curator. She was the founder and co-director of the non-profit arts organisation CUNTemporary (2012-2021). Her recent co-curated project ‘EcoFutures’ (2019) focused on the ongoing ecological and environmental crisis from a queer, feminist and decolonial perspective, drawing together 70 artists, activists and theorists across seven venues with the support of 10 partner organisations.

She has curated exhibitions and public programmes in London for Furtherfield Gallery, ICA, Showroom Gallery, Guest Projects and Peltz Gallery amongst others. Attentive to the sonic resonances of narrative and poetry, her textual work takes the form of recordings and performative live readings. Her debut novel ‘Other Reflexes’ (2022), is forthcoming with Book Works.

Georgiou holds a PhD in Visual Cultures from Goldsmiths, University of London, in which she employed feminist psychoanalytic theories and feminist philosophies to examine the distinction between writing about art and art-writing, as well as the effects that the latter has both on ethics and subjectivity. 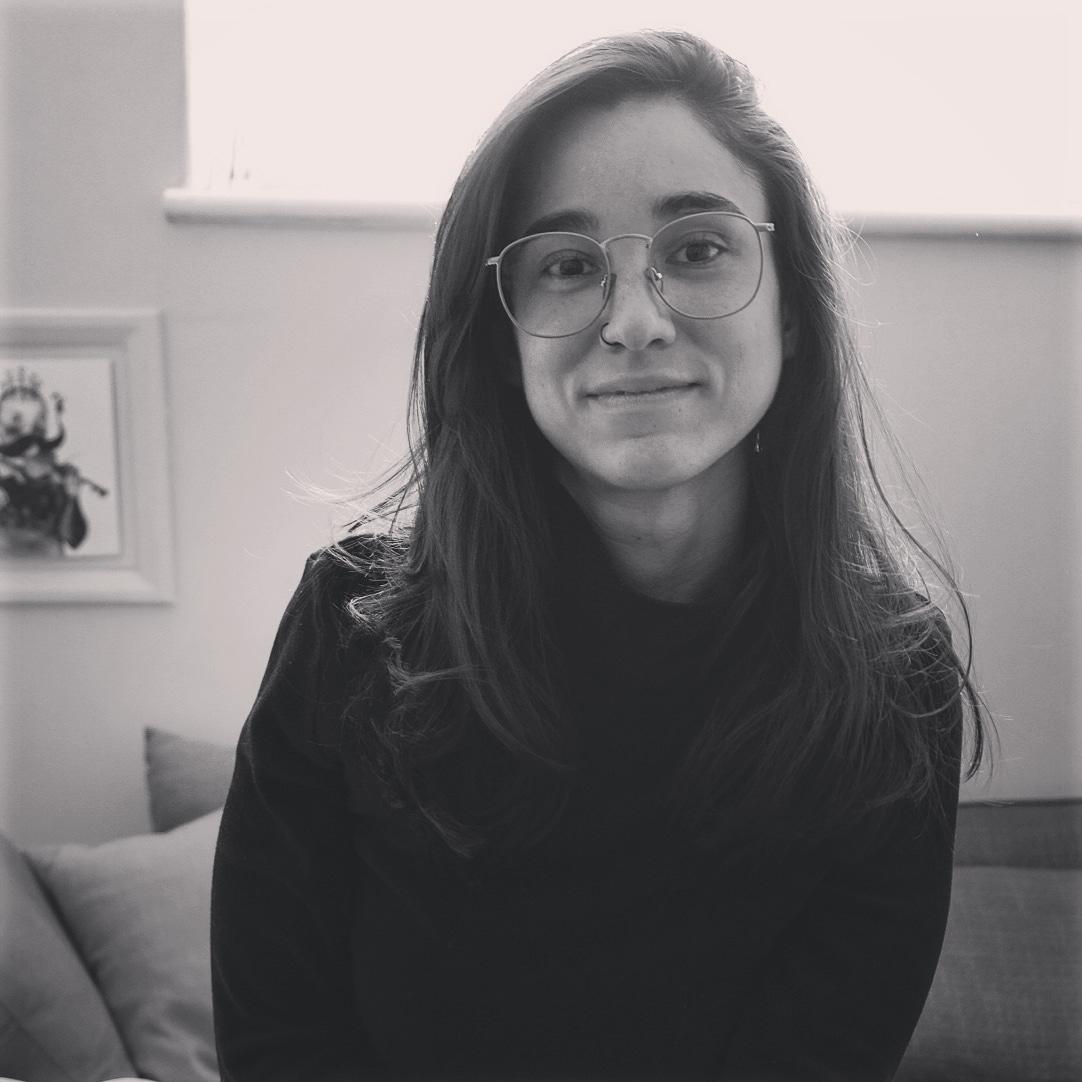 Associate Lecturer on the Beyond Boundaries module for the BA History of Art.

Mercedes is a PhD candidate and has been part of the Beyond Boundaries module in the Visual Cultures Department as an Associate Lecturer since 2020. Her current research interrogates images of violence in Mexico and their effects on subjectivity and the social bond.

From a background at the intersection of philosophy, psychoanalysis, aesthetics, and visual studies, Mercedes’ main research areas are violence, social and human rights movements, memory studies, and art.

Her previous dissertations address the problem of forced disappearances in Mexico and South America and the politics of memory after the region’s dictatorships, emphasising the cultural and artistic practices that accompanied them.

Mercedes has worked in different non-governmental organisations and independent projects. From 2009 to 2012, she participated in Telar de Raíces, which was dedicated to building networks of cooperation and collaboration between different indigenous and non-indigenous communities, groups, and actors in Mexico.

As part of this organisation, Mercedes coordinated a cultural festival in Tepoztlán, Morelos, Mexico, in 2012. From 2017 to 2019, she was a coordinator in an organisation dedicated to providing mental health support for mothers and caretakers of young children in Mexico City.

Mercedes is doing her PhD with the support of the MPhil/PhD Fee-Waiver Bursary from the Visual Cultures Department.

Drawing on computational complexity, statistical mechanics and algorithmic information theory, his research explores how emergent properties and the ‘dissipative coherence’ of autonomous systems (entropy) outline new epistemological and aesthetic dimensions for the sensual and poetic materiality of contemporary art practices.

He is a Lecturer in the MA/MFA Computational Arts and Associate Lecturer in Visual Cultures at Goldsmiths, University of London.

Recent peer reviewed publications include: Data Loam: Sometimes Hard usually Soft (The Future of Knowledge Systems, edited with J. Golding and M. Reinhart; “Asymmetry: how patterns of impossibility mark dimensions in knowledge systems,” in Data Loam; and “Ontology Interrupted: Prigogine, Stengers and the Abdication of Physics,” in Pulse - The Journal of Science and Culture. 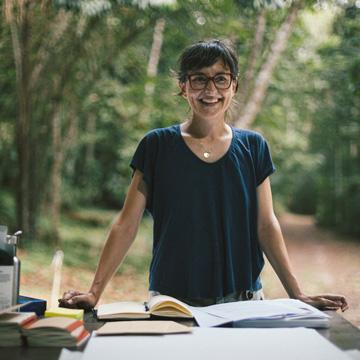 Camilla Palestra is a curator and researcher concerned with multidisciplinary and collaborative practices that critically engage with urgent issues of our contemporary society, in connection to the socio-political environment and its diversity.

She has more than fifteen-year experience in curating and developing research-led projects for museums, galleries, higher education institutions, including the Venice Biennale, Fashion Space Gallery, Devi Art Foundation, Royal Academy of Arts London, and MART museum. Camilla has worked on solo exhibitions and commissioned projects with established and emerging artists, including Lucy + Jorge Orta, Shezad Dawood, Rainer Ganhal, Wendelien van Oldenborgh, Annie-Marie Akussah, Hanae Utamura, among others. She is currently working as Curatorial Associate at the University of the Arts London.

Camilla is an Associate Lecturer at the University for the Creative Arts and held teaching positions at the London College of Fashion and Central Saint Martins (UAL). She received a MA Curating Contemporary Art from the Royal College of Arts London and was awarded the Fellowship of the Higher Education Academy (FHEA).

Camilla is currently a doctoral researcher in the Advanced Practices programme in the Visual Culture Department at Goldsmiths, University of London. 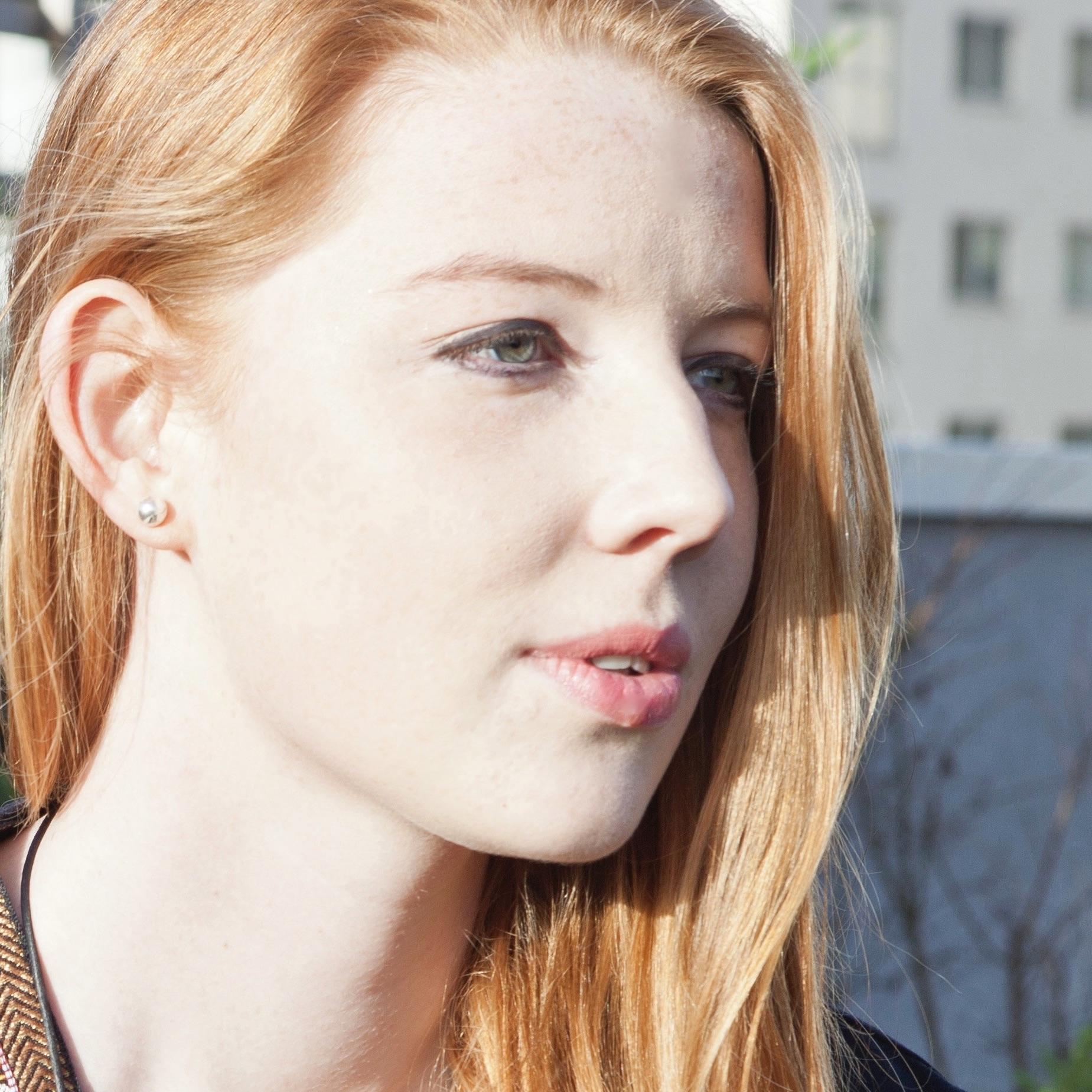 Georgia Perkins holds the position of Graduate Tutor Trainee on the ‘Space and Time’ module for the BA History of Art.

Georgia Perkins is a doctoral researcher in the Visual Cultures Department at Goldsmiths University of London. Her research examines molecular politics, indeterminacy and the sensible as they operate in visual cultures.

She currently holds the position of Graduate Tutor Trainee on the 'Space and Time' module for the BA History of Art programme at Goldsmiths University, and is a Visiting Lecturer on the MA Global Media programme at Winchester School of Art.

She is a Curatorial Fellow at SIRIUS, Ireland and has collaborated on international exhibitions at RAMPA, Portugal and FRAC des Pays de La Loire. She is a researcher attached to the European-funded project SPACEX (Spatial Practices in Art & Architecture for Empathetic Exchange) and is undertaking research secondments at the Royal College of Art, Coventry University and the University of Northampton. 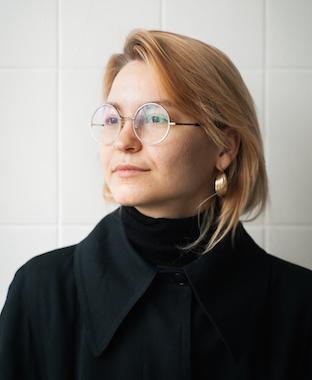 Part of the BA 'Modernities' team.

(Communal) Researcher, organiser, curator, and writer invested in the questions on the political aesthetics of self-organisation, namely the tensions between the institutive, the radical, and the communal that drive self-organised resistances. Doctoral researcher and Convenor at the Advanced Practices programme, department of Visual Cultures.

Vaida collectively runs independent spaces, organisations, and assemblies and is Editor-in-Chief and Head of organisation at Artnews. Assistant Editor of a publication, 'Paths to Autonomy' (2022), coming out with Minor Compositions. 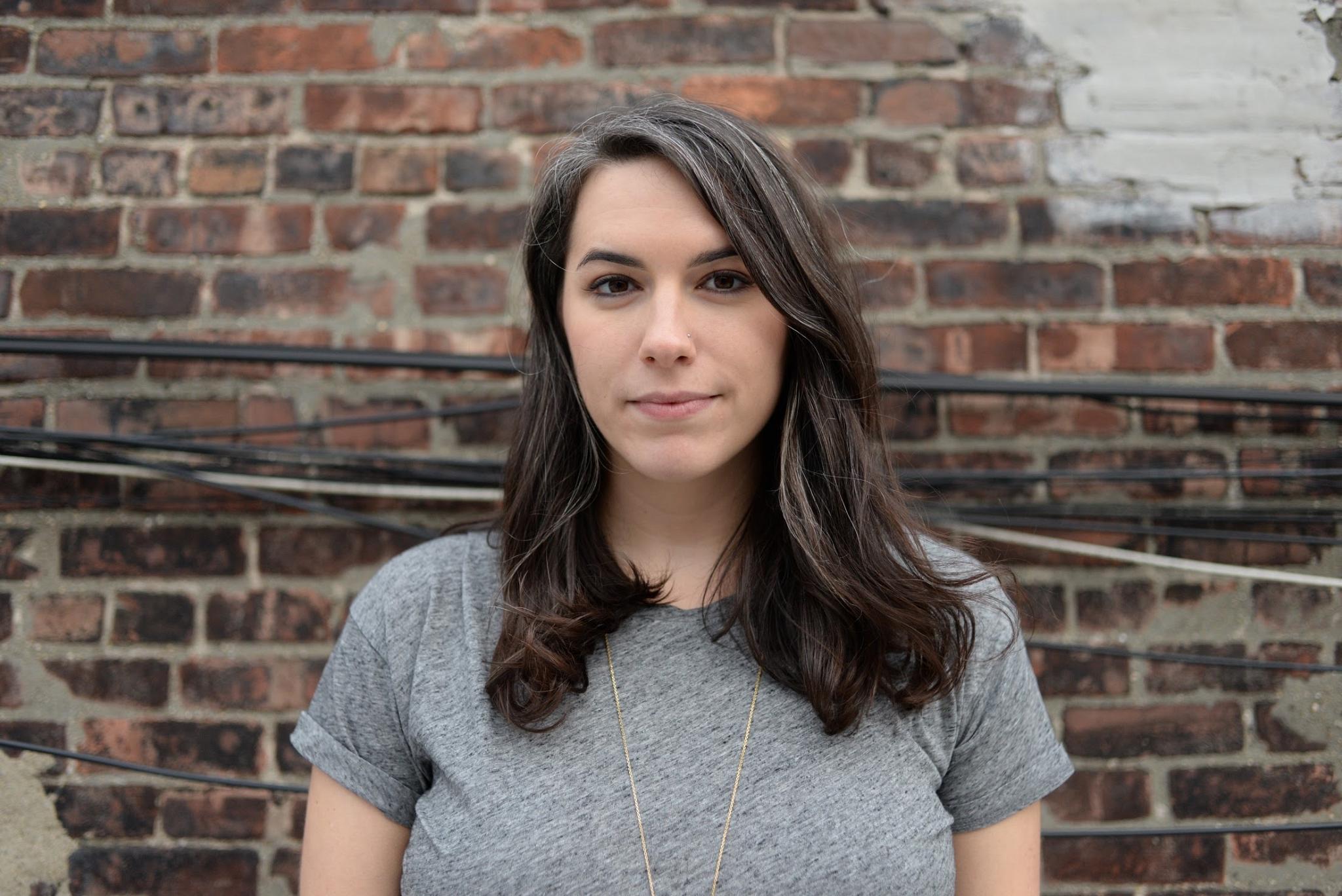 She is also a Doctoral Researcher in Visual Cultures, working at the intersection of art and design, impacting economics and culture. My research focuses on the dynamic relationships between those who make and consume handmade art objects and how that knowledge shapes the aesthetics and uses of such objects.

My current research focuses on Indigenous design innovation, haptic archives, and notions of appropriation and authenticity within the global circulation and market of art, craft, and design. She is also a Lecturer at the London College of Communication (LCC) in Design and Culture. 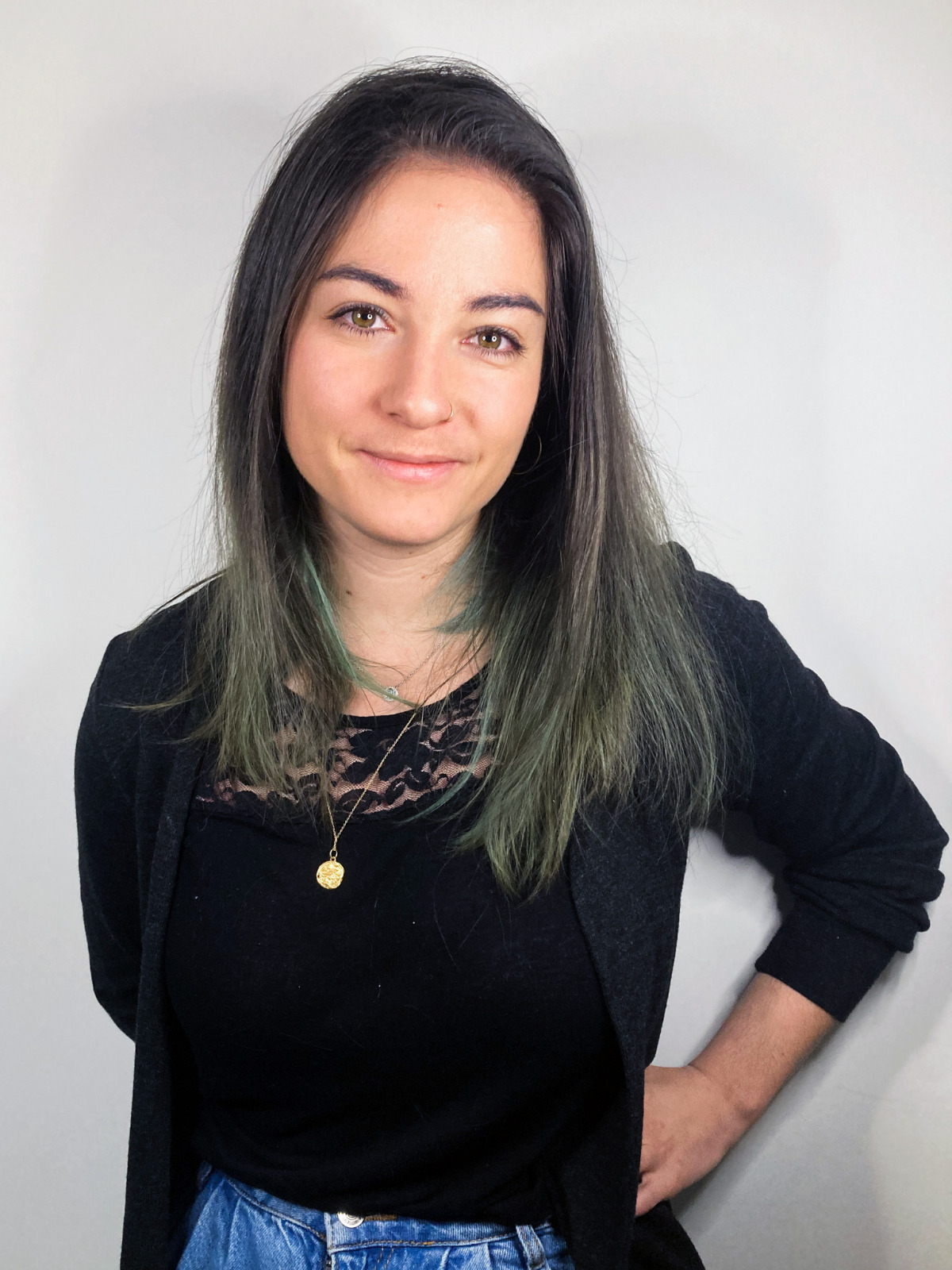 Graduate Tutor at the Centre for Research Architecture.

Leila's research looks into performative and linguistic practices which enable an embodied understanding of lived experiences of political violence as a means of knowledge production.