Karla has over 25 years’ experience as a manager within the arts, working for the likes of Arts Council England.

Karla has over 25 years’ experience as a producer and manager within the arts in the UK. She has also worked for Arts Council England managing the drama project funding portfolio. Most recently Karla has been exploring partnership and consortium development as well as setting up a Community Interest Company with her husband which focuses on teaching young people to make skateboards. She is currently working part-time as Joint Chief Executive at Discover Children's Story Centre. 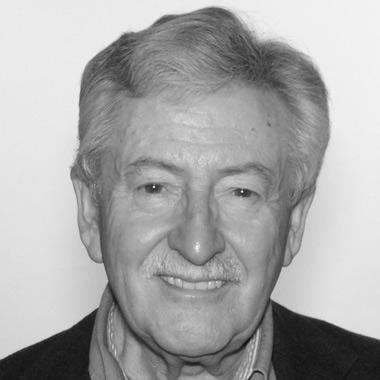 Rod has experience as a researcher and consultant on comparative cultural policy, cultural relations and management.

Rod Fisher has extensive experience as a researcher, consultant and lecturer on comparative cultural policy, cultural relations, cultural management training and the policy of European institutions in the cultural sector. He has conducted research, consultancy, lectured and chaired/moderated conferences in 33 countries worldwide. He has particular expertise on the cultures and policies of Europe and Asia.

For many year he worked for the Arts Council of Great Britain (initially as Information Officer and later as International Affairs Manager), as well as local authorities, where he programmed and administered arts and leisure services, festivals and venues. Subsequently, he established and directed his own consultancy, International Intelligence on Culture (formerly International Arts Bureau), delivering projects and services for institutions in the UK and overseas.  For example, in the mid 1990s he chaired the European Task Force on Culture & Development that produced the seminal report In from the Margins for the Council of Europe.

Today he chooses to work selectively, focusing on lecturing, and the occasional research project.

Phoenix is a London-based project manager, curator and educator.

He is currently researching how masquerade traditions speak to contemporary urban citizens. In 2019 he created the large-scale participatory arts event Parade of Friendly Monsters, in partnership with Deptford X and funded by Arts Council England. 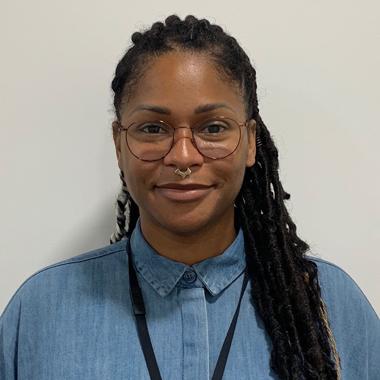 Chasity Johnson is an Emmy-award winning social media and content strategist with more than 10 years of industry experience. Prior to moving to the U.K. from the U.S., Chasity worked with the likes of the Chicago Tribune and NBC5 Chicago, where she won an Emmy award in New Media Interactivity as a part of the NBC5 Chicago Street Team.

She was also a uniformed member of the U.S. Army National Guard where studied at the Defence Information School to become a public affairs specialist. Upon receiving this qualification, she accepted a position with the Department of Defence as the Northern Region Public Affairs Specialist for the Illinois National Guard, where her responsibilities included designing a military publication with a circulation of 13,000 and the facilitation of military participation in major motion pictures.

When not lecturing at Goldsmiths, Chasity currently works as a senior strategist at M&C Saatchi London, where her core responsibilities include ideating and developing native social media content that resonates with target audiences whilst reflecting client objectives, development of digital and social media campaigns and strategies, influencer marketing strategies, research and insights into the ever-changing algorithms and best practices of social media networks, the establishment and facilitation of editorial processes as well as the procurement and development of digital and social media properties.

Chasity is also currently a student on the Post Graduate Certificate in Learning and Teaching in Higher Education at Goldsmiths. 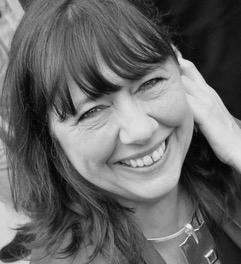 Tricia is a teacher and facilitator with over 30 years’ experience working in education and community settings.

Tricia Jenkins is an Associate Lecturer on MA Arts Administration and Cultural Policy. She is responsible primarily for managing work placements for students.

Tricia is a qualified teacher and facilitator, having started her career as a lecturer in media studies and media production in further education and has over 30 years experience working in education and community settings, using the study and production of media as a tool for empowerment and inclusion.

She was Head of Training at the London Film and Video Development Agency between 1993 - 1998, and Head of Skills and Development (maternity cover) at Film London in 2005-7.

In 2008, she co-founded the research and digital storytelling company DigiTales, which is hosted by Goldsmiths, University of London. She has designed, fundraised for and delivered projects across Europe and further afield and she has used digital storytelling and participatory media on a range of issues and with many different marginalised groups, including homeless young people, older people, hard to reach young people and migrants.
She has worked as a freelance consultant in arts policy and management since 2004 and was Head of Learning and Development at Arts & Business, where she led on fundraising training in the arts, running master classes, workshops and an annual conference between 2011 and 2013.

She is an experienced researcher and evaluator and is Secretary of the International Visual Methods Conference.