Here’s our guide to studying at Goldsmiths for students from China. You'll be able to find everything from completing your application to adjusting to life in the UK.

Applications open on 1 September for entry the following September. The normal closing date is 26 January, but some courses will accept applications until 30 June. You are advised to apply as early as possible as courses have limited places.

Find out more about what to include in your personal statement at undergraduate and postgraduate level:

If you have Chinese high school diploma average of 75%, you will also need to meet one of the following:

For entry to postgraduate programmes you will normally need a Bachelors degree in relevant subject. Refer to individual course pages to see whether there are any additional application requirements.

You will normally need to have completed a Masters degree in a subject relevant to your proposed postgraduate study. There may also be other specific entrance requirements. You can refer to individual course pages to find out what these are.

Goldsmiths has a series of scholarships for international students applying for postgraduate and research programmes. If you’re an alumni you may also be eligible for discounted fees. For further information, please see International Scholarships.

The International team visits China regularly to take part in higher education events, deliver presentations, interview potential applicants and catch up with local alumni. If you’re unable to visit Goldsmiths in person then these events are your chance to meet us in your home country. See a list of events where Goldsmiths are visiting China.

We work with several agents in China who can give you information about studying at Goldsmiths and help you with the application process.

Generally Chinese students find it easy to transition to life in London, but if you’re struggling then we can offer a whole range of support. This includes PAL (our student led mentor scheme), and our on-site Careers Service and Counselling Service. Find out more about the support we offer.

Chinese food is readily available in UK supermarkets but if you’re after something specialist then there are a number of Chinese grocery shops close to campus, including Yip Oriental Store on New Cross Road and Anything Chinese in Deptford.

Time Out London has a list of the best Chinese restaurants in London -  including the best places for dim sum.

You can also get a taste of home in Central London’s Chinatown. Although it’s touristy it offers a huge range of shops and restaurants.

Goldsmiths has a Confucius Institute for Dance and Performance, which is run in partnership with the Beijing Dance Academy. As well as offering Mandarin classes they also promote Chinese performance and culture and provide opportunities for academic visits and exchanges to explore research and creative projects with the Beijing Dance Academy. They also organise celebrations around traditional Chinese holidays.

Goldsmiths has a Chinese society that promotes the country’s culture through weekly meetings, Dim sum outings and film screenings.  It’s also a great place to connect with fellow Chinese students.

Visit our Chinese alumni page for information on the country's Goldsmiths alumni network. 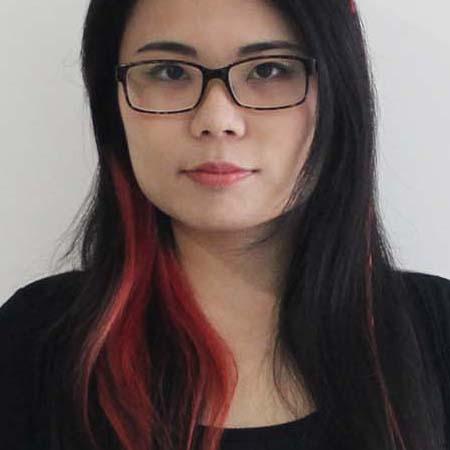 "Goldsmiths had a great reputation in fine arts but at the same time it was known for its humanities programs, such as Anthropology, Media & Communication, and Sociology. It gave me the impression that I would receive a comprehensive humanities education. I also liked that the curatorial programme was set within the fine arts department, and that I would be studying alongside fine art students. Furthermore, I’d done an internship at Vitamin Creative Space, an experimental alternative art space in Guangzhou, China, that was founded by Goldsmiths MFA Curating alum Zhang Wei. I learned so much there, and this experience played a large part in my choice.

My overall experience of the course was that it was challenging, but enriching. The wide spectrum of events happening in London and my unique set of peers in Goldsmiths really broadened my understanding of curating, and generally speaking my understanding of myself. The art scene in London — from the topics people were interested in, to the rhetoric they adopted, and the participants in the circle — were all new to me, and very different from that in China at the time. It was a lot for me to digest and many of my experiences during the course didn’t make total sense to me when I had just graduated. However, a few years later, when I started to encounter challenges at work, I gradually realised the importance and usefulness of my time on the programme.

Since graduating, I realised my independent research project. It was a touring event focusing on the subject of mimicry architecture in China and its cultural implications. I toured the exhibition from London to Beijing to Hong Kong, joining the 2015 UABB/HK.

After graduating from Goldsmiths, I was immediately hired by the Design Society, a new cultural centre that was directed by Ole Bouman, and co-founded by the V&A Museum London and China Merchant Group, in Shenzhen, China. The China Merchant Group is one of the biggest State-Owned Enterprises in China with over one-hundred years of history. I was a member of the founding group, part of the curatorial team since the beginning of 2016, and am currently the curator. I have been a part of this project since before the building which hosts our exhibitions was completed, and for the institution’s grand opening, and have presented over ten exhibitions in the past four years.

In a broad sense, the course provided a great balance between practice and theory, preparing me with a more flexible and versatile mindset. The course also encouraged me to develop a more critical way of thinking about the nature of curatorial practices, which is incredibly important in making my decisions in the workplace — to look at the nature of the curatorial more than the form, or the setting, or the notion of a curator.

I particularly enjoyed the workshop setting during my second year of study. It was a liberating experience. My peers presented me with a wide variety of perspectives, research skills and resources. In my current practice I never shy away from organising focus groups, interviews, and even surveys for my curatorial research because of this experience. Where I am now is not the centre of cultural events and activities in my own country, so to be able to actively gather great and interesting minds, and connect with peers from different disciplines, has made a huge difference.

The course was not easy, not only because of its requirement for professional knowledge and resources, but also because it was in London, and performed within a British educational framework. For an international student such as myself there were many challenges to overcome. Thus I also cultivated a certain resilience which now is my most treasured quality when it comes to my curatorial practice."