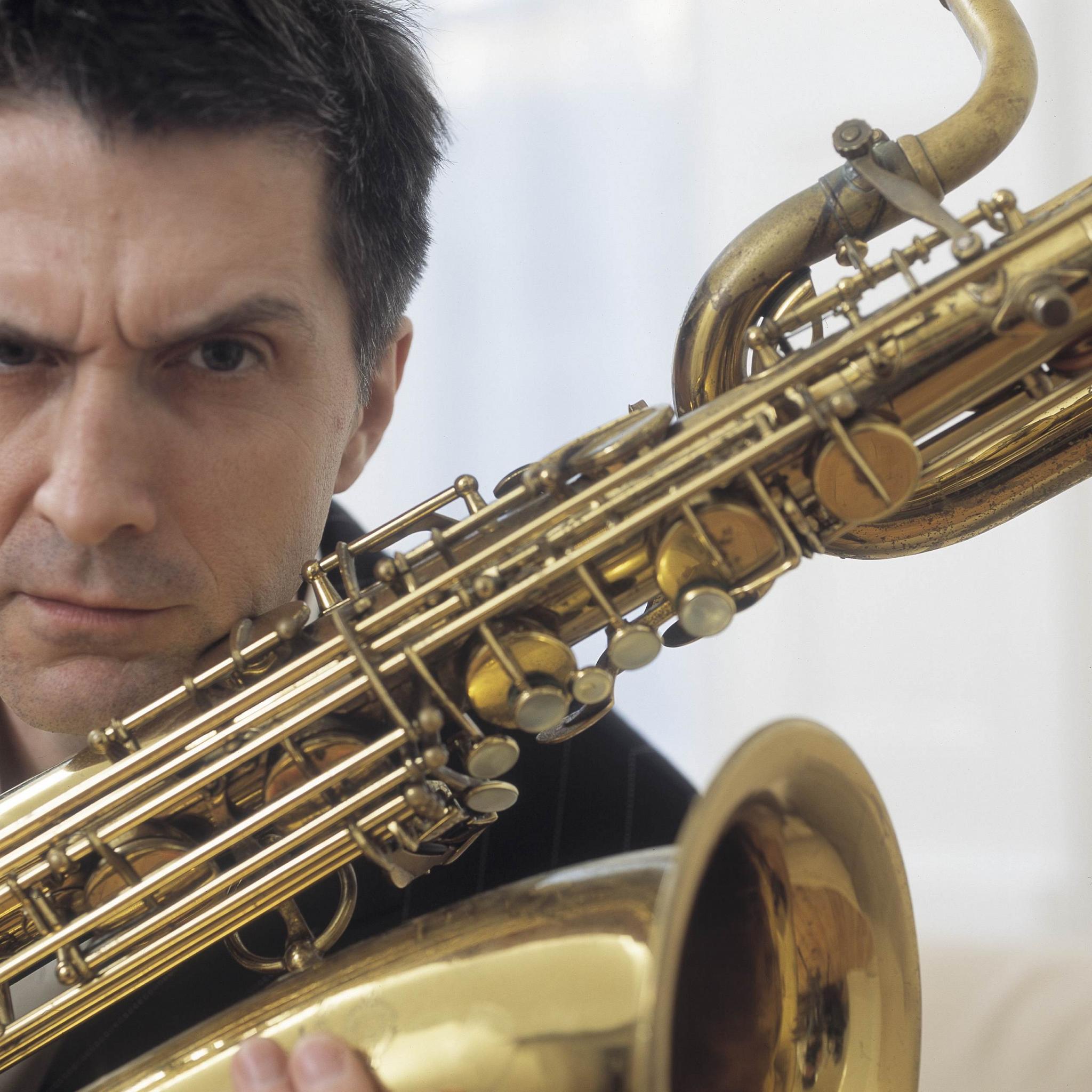 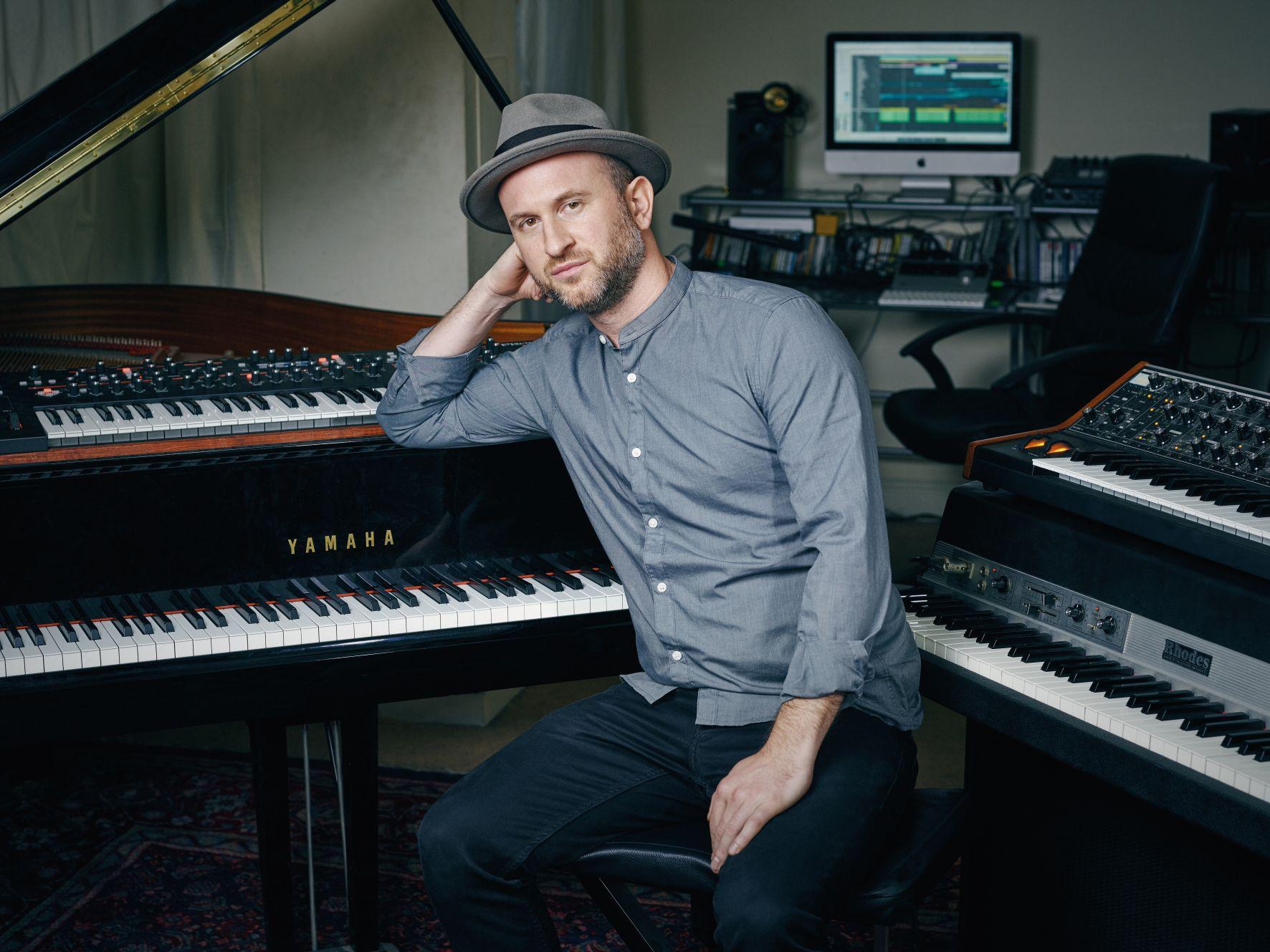 Sam grew up in Bristol. He immersed himself throughout the 90's in the trip-hop and drum and bass scenes. Simultaneously he was learning classical piano. He moved to London in 2001 to study Linguistics at UCL before deciding to study Jazz at Trinity College Of Music. He graduated in 2006 and went on to release 2 highly acclaimed jazz records under his own name.

He has toured the world performing at venues such as Sydney Opera House, Coachella, Glastonbury and many others with artists including The Cinematic Orchestra, Rosie Lowe, The Invisible, Matthew Herbert and Valerie June.

Apart from playing keyboards for an array of artists, his main focus is writing and producing for his own group Native Dancer. 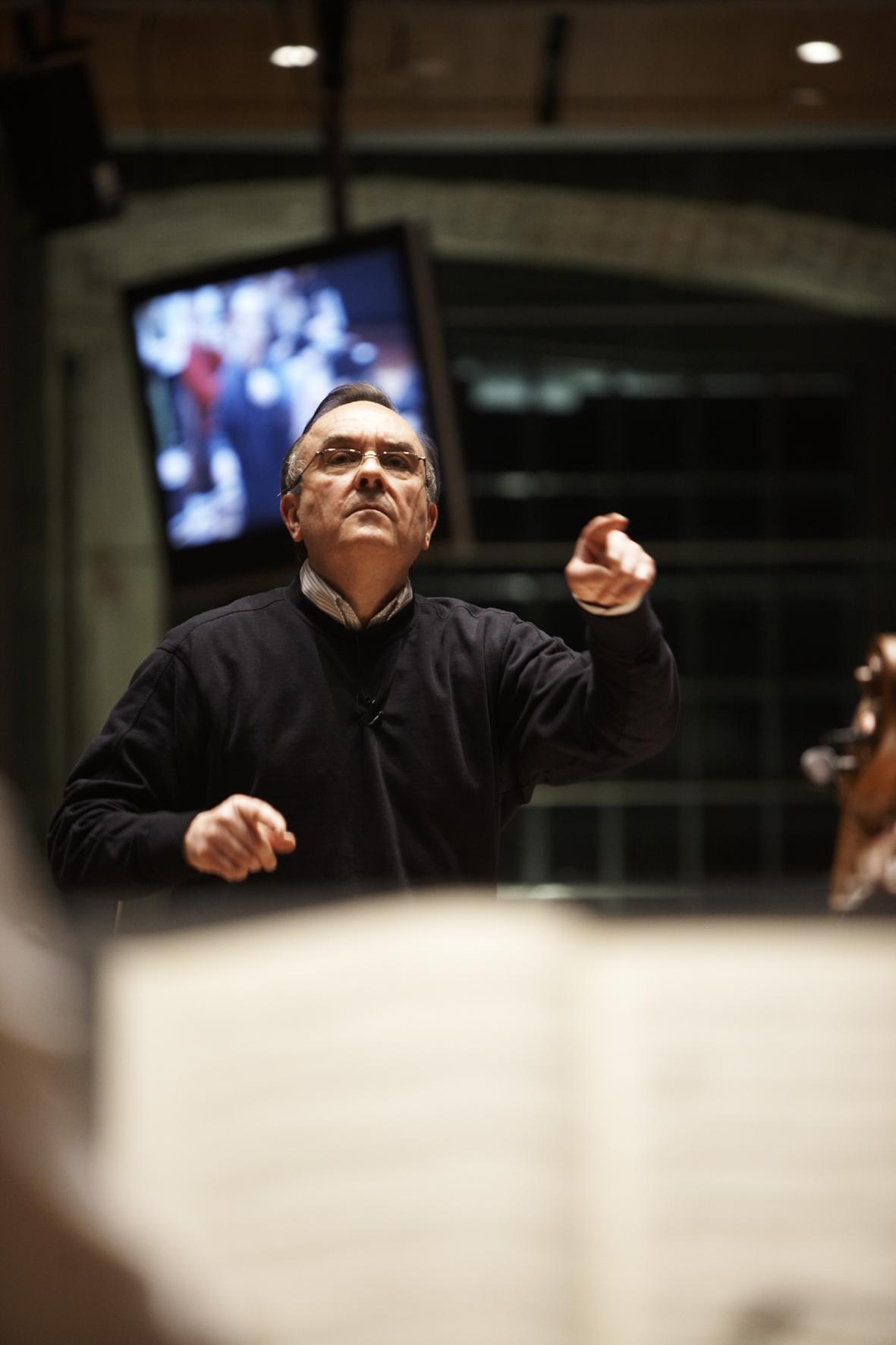 In a varied career as a player David has taken part in performances from Panufnik's Concertino for Percussion with Evelyn Glennie to Stockhausen's Refrains and Zyklus at the Aldeburgh Festival, and he was invited by Sir George Solti to perform, film, and record for CBS Bartok's Sonata for Two Pianos and Percussion with Solti, Murray Periah and Evelyn Glennie, a recording that subsequently won a coveted Grammy award.

David also played in Britten's chamber opera The Turn of the Screw under the composer's baton, the composer subsequently adding a specially composed timpani and percussion part to his cantata Rejoice in the Lamb for him as well as the timpani part his last opera Death in Venice.

David teaches timpani and conducting at London's Guildhall School of Music and Drama, and amongst many ensembles he has directed the English Chamber Orchestra, the Chamber Orchestra of South Africa and the London Concert Orchestra, as well as engagements in Vienna, Milan, Zurich and elsewhere, and is in addition Staff Conductor at the Guildhall School of Music, Assistant Conductor of Southbank Sinfonia, and Musical Director of Orchestra of the Arts. 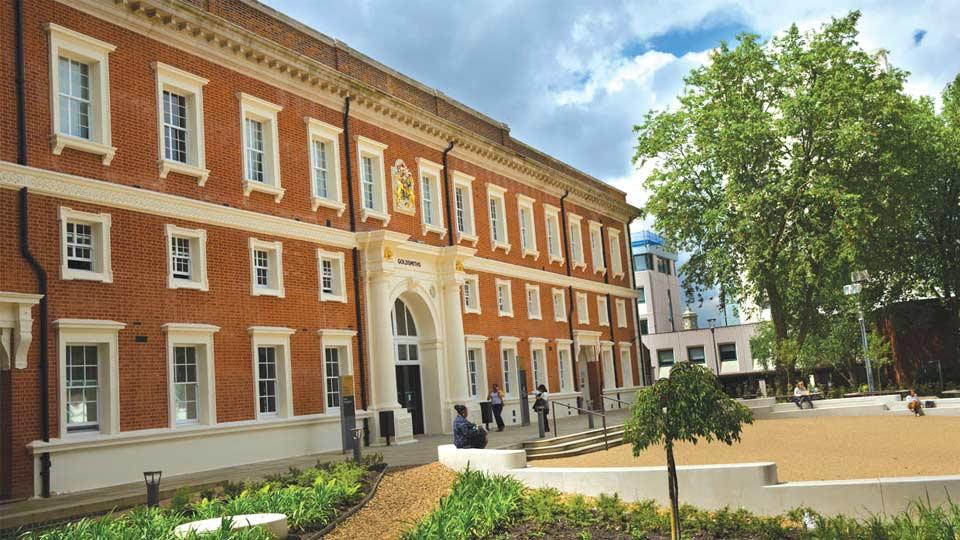 Arthur Dick is a professional guitarist, who has worked for over thirty years in West End theatre productions and session work, including session work for artists Cliff Richard, Chris Rea and Berni Flint, plus playing on many film and TV production soundtracks.

Film works include: The Damned United, Harry Potter and The Half Blood Princess, Channel 4's ‘Kid A’, The Magic Roundabout, The Young Poisoner's Handbook, Red Dust and The Girl with Brains in her Feet. 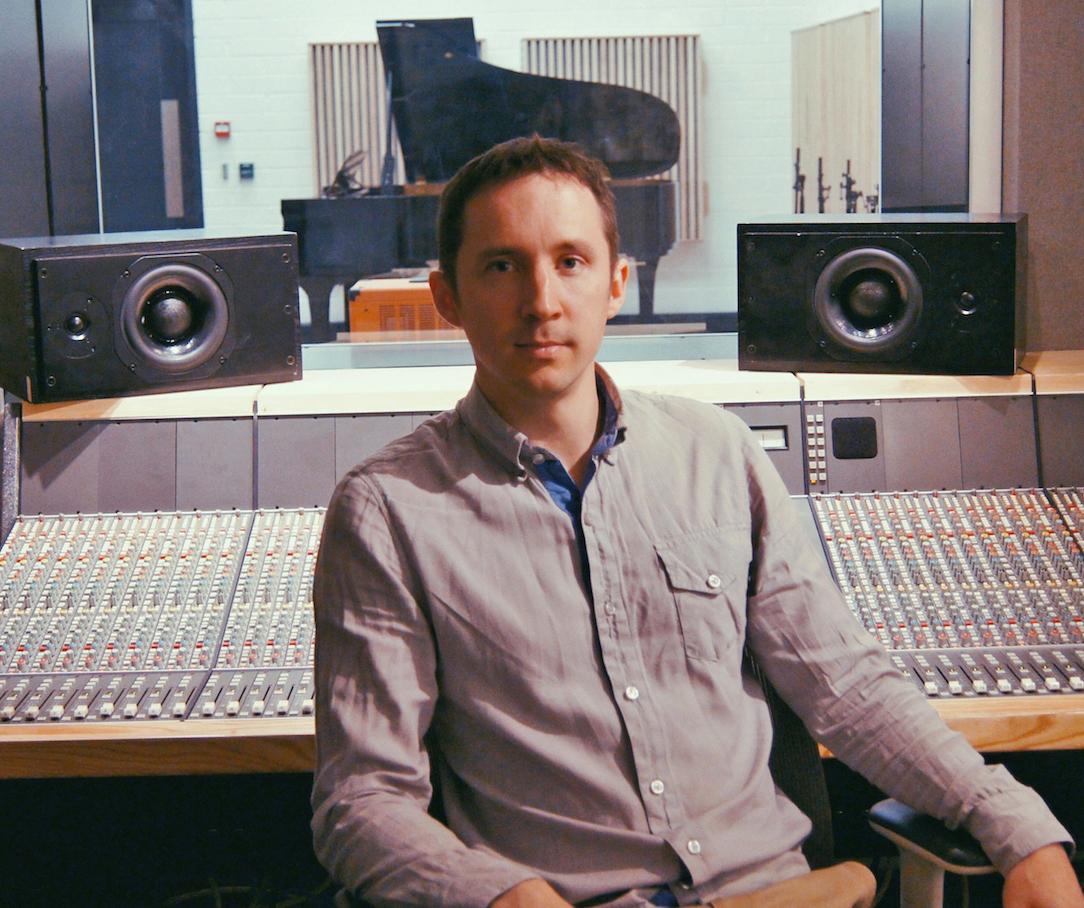 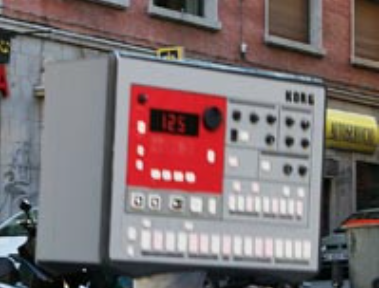 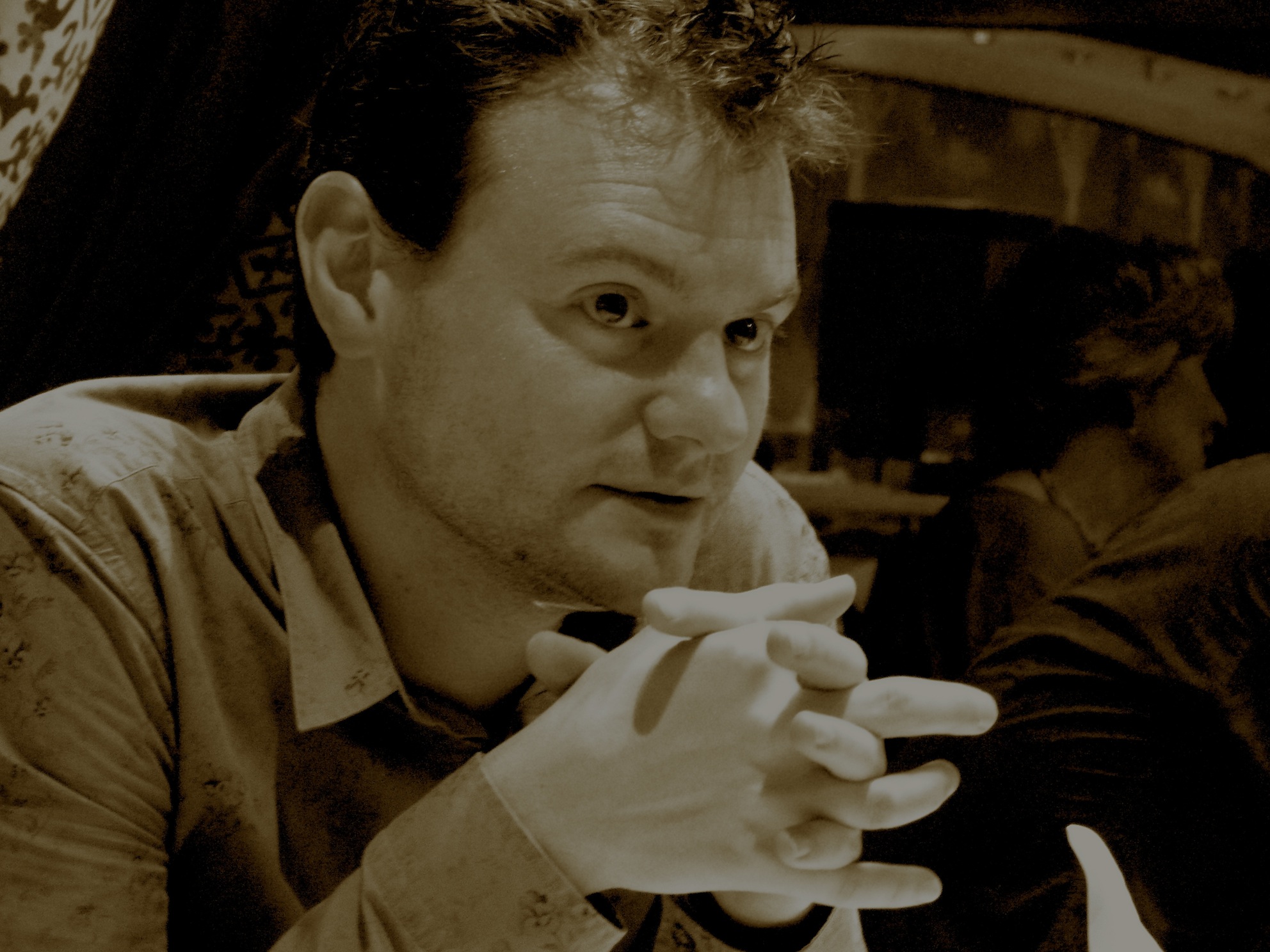 Overseas he has played in France, Holland, Poland, America, Korea and Japan.

Dominic is on the faculty of the Junior Department, Royal Academy of Music, Goldsmiths, University of London, and University College School, Hampstead. He also runs the “Notting Hill Concerts” Series.

He has recently performed concertos by Shostakovich, Brahms and Rachmaninov. His second album for Willowhayne Records will be released in 2017. 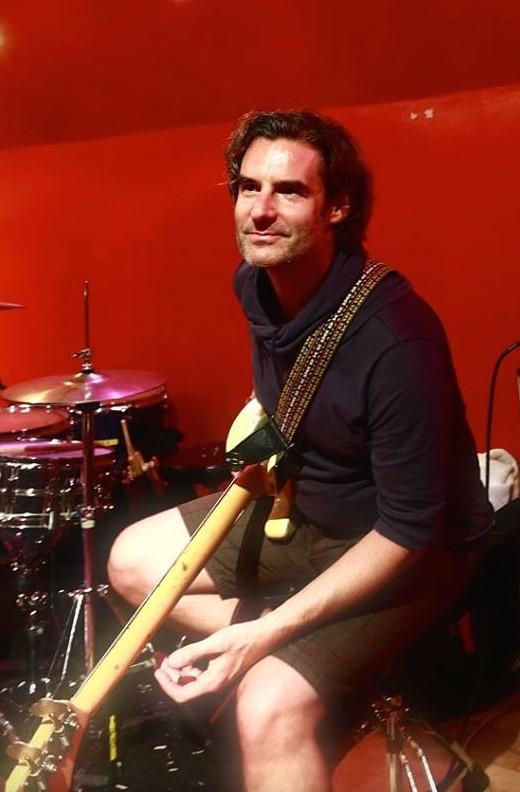 Based in London since 2000, Arnulf has played electric bass, double bass and cello as a long term collaborator for Ed Harcourt, KT Tunstall and Heather Nova.

He has performed in recording sessions for a host of well-known names including Tom Jones, Sia, Richard Ashcroft, James Morrison, Sophie Ellis-Bextor as well as bands like St Etienne and Stereophonics.

Billy Bragg, Cerys Matthews, Nick Mulvey, Roddy Frame, Paul Heaton and Emilia Mitiku are among the artists he has been on the road with. 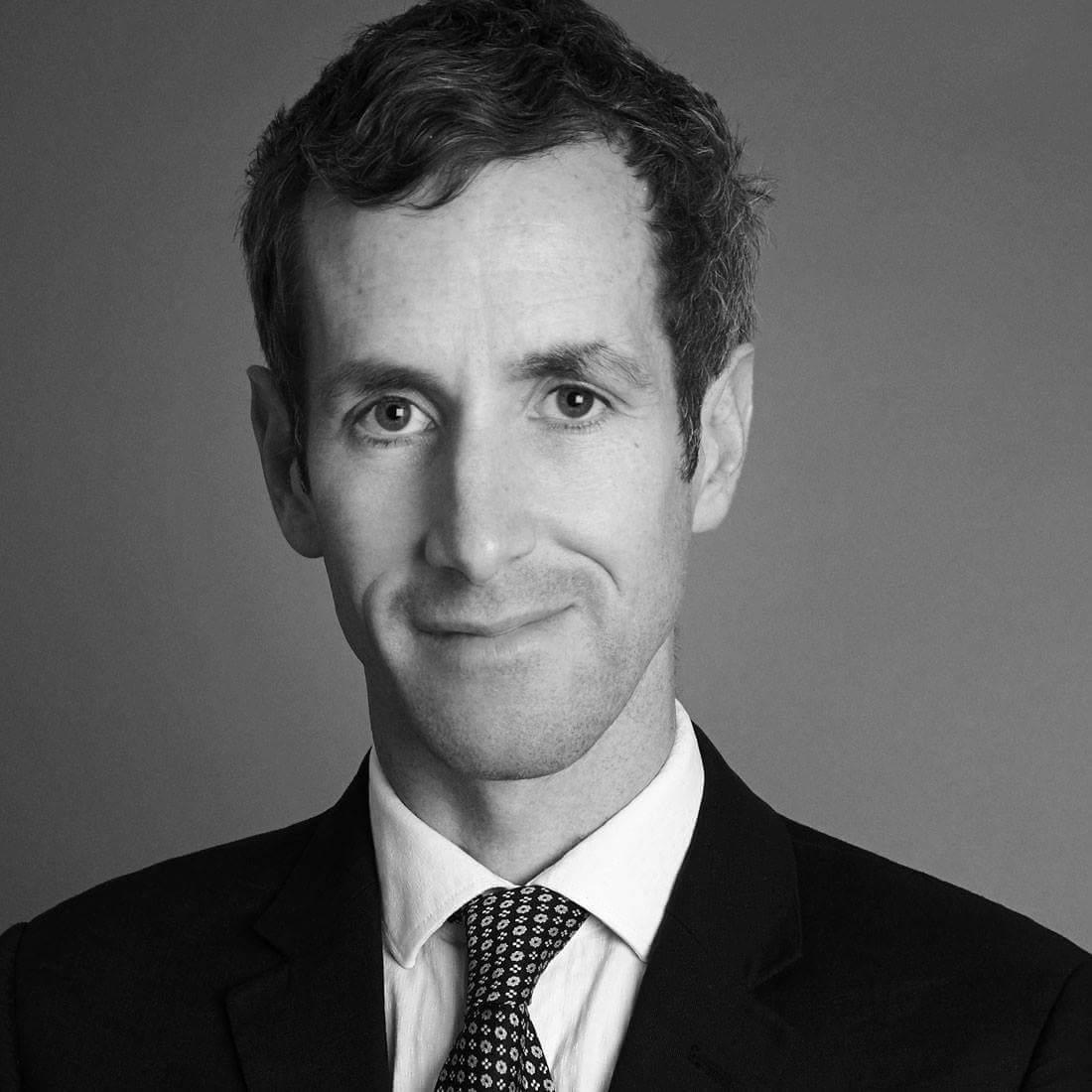 Nick Ramm plays piano and keyboards and has performed on both the UK and International music scenes since the early nineties. His credits include recording and touring with The Cinematic Orchestra, Tom Jones and Adele. Nick is also involved in education and teaches people of all ages and abilities to read, learn and improvise music, through understanding the art of practice. 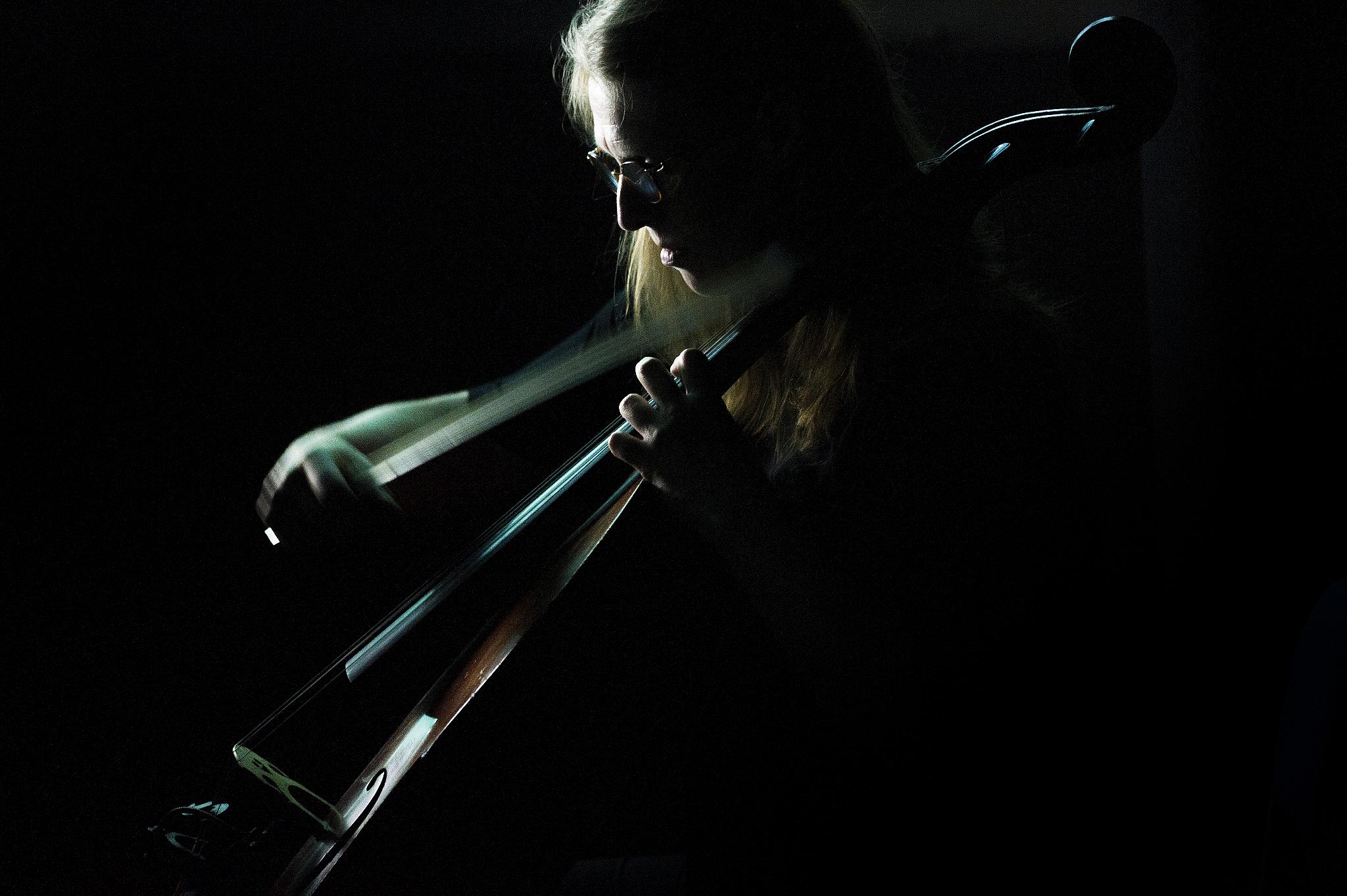 Audrey Riley is a cellist and composer active in contemporary and improvised music.
She is MD of the group Icebreaker, was ‘cellist for the Merce Cunningham Dance Company between 2001 and 2011, and has had many works written for her (Gavin Bryars, David Lang).
As an arranger and conductor she has been involved in the session industry for over three decades and manages her own session orchestra.
She is currently engaged in PhD research studies in performance practice at Leicester De Montfort University 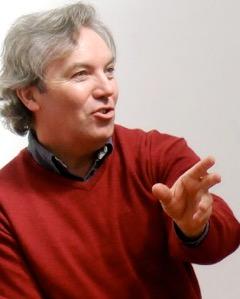 Singer, Teacher and Osteopath, Ashley Stafford is passionate about the development of healthy, integrated singing habits. He believes that to successfully tackle the technical demands of performance in the professional arena, now more than ever, the fundamental relationships of body-breath-mind-voice need to be discovered, explored and developed by each and every singer. 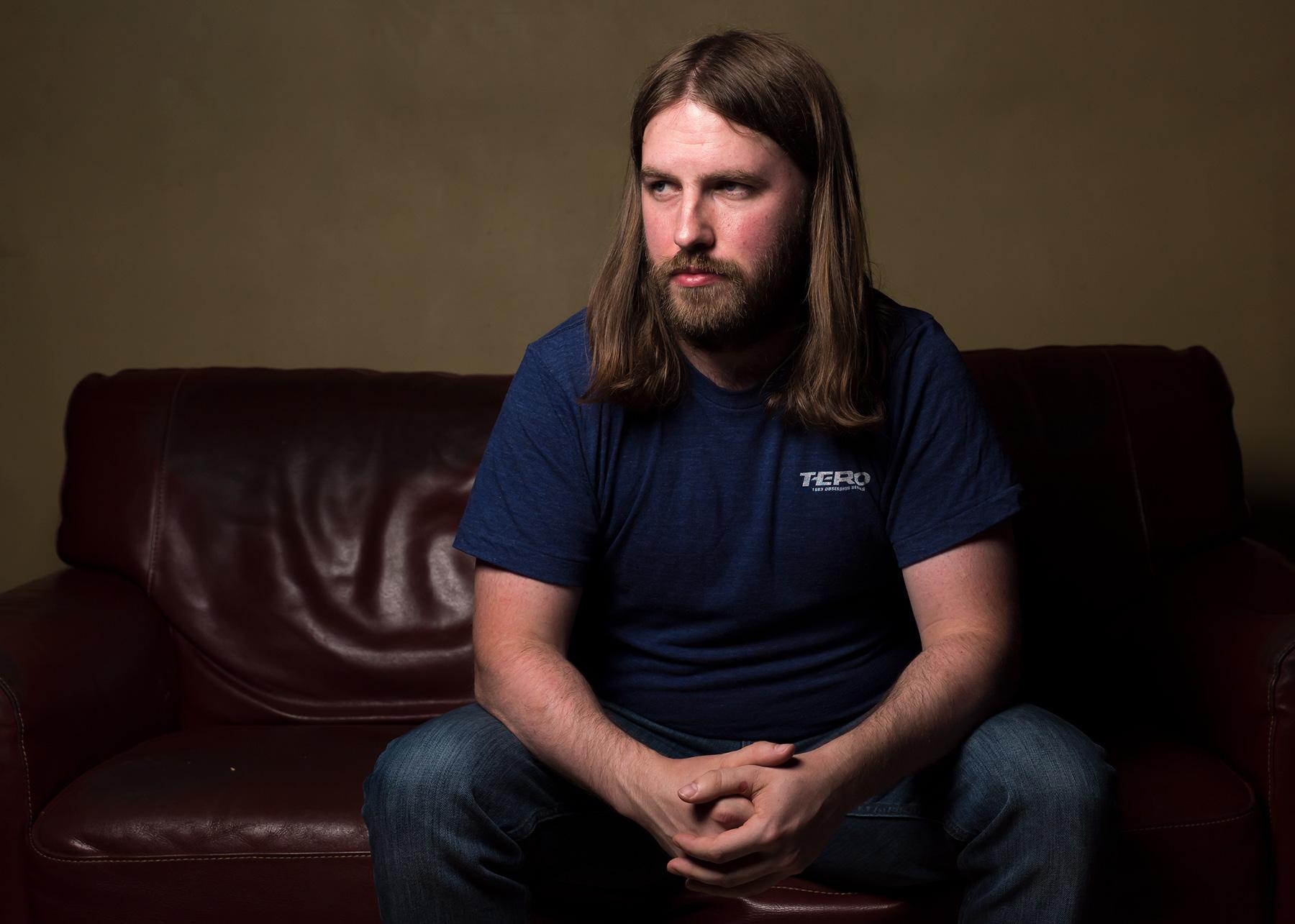 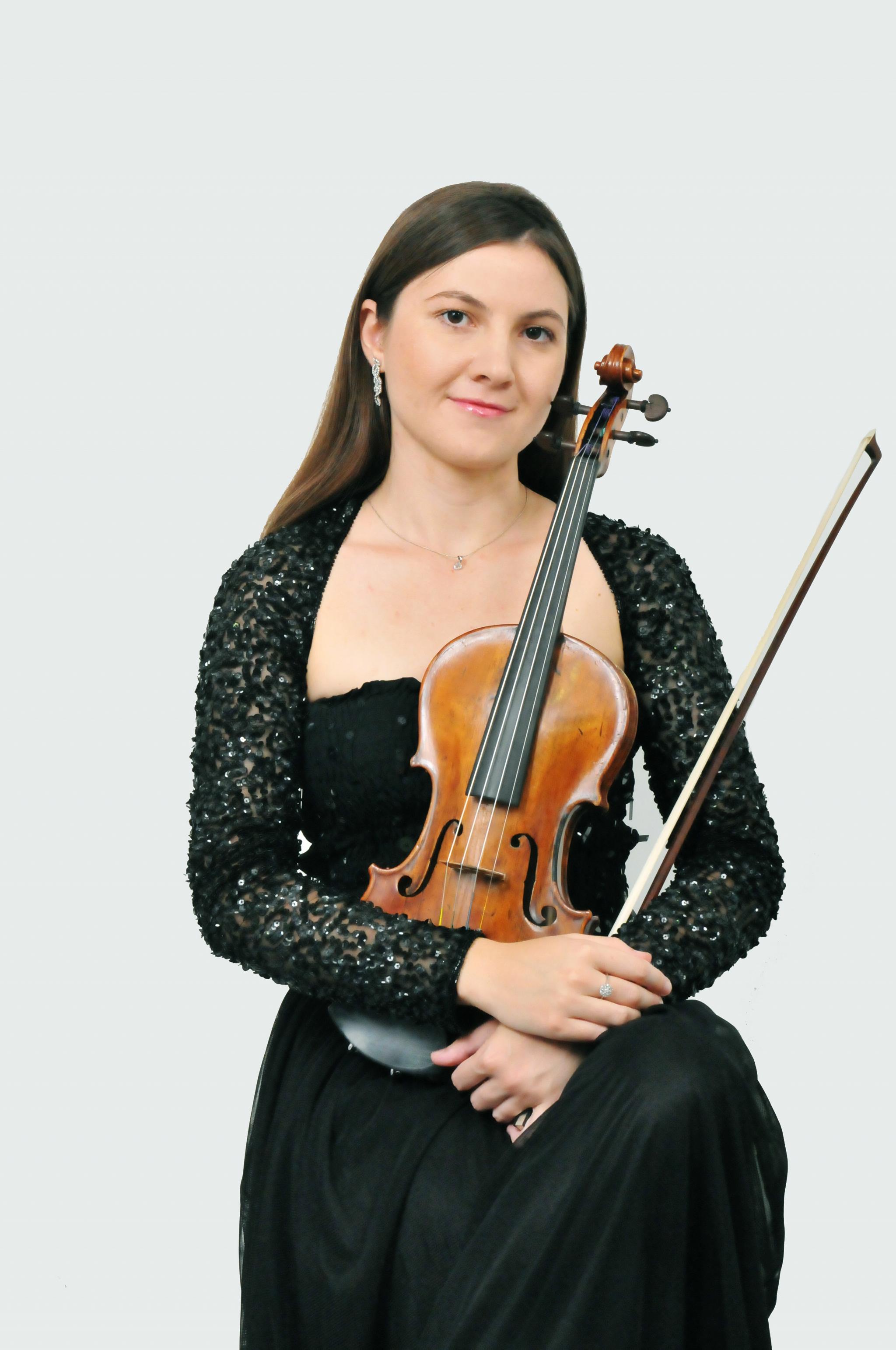 Viktoria Zora is a violinist with research interests in violin music and Russian music of the 20th century. Victoria studied music at the University of Athens (BMus Hons), violin performance at the Royal Academy of Music (MA) and has submitted a PhD thesis on Sergei Prokofiev's violin music at Goldsmiths.

Viktoria is a qualified music and violin teacher (QTS, LRAM) and an Associate Fellow of the Higher Education Academy. Viktoria has performed recitals in venues such as the Southbank Centre's Purcell Room and Royal Festival Hall, and has published articles in The Strad and Three Oranges on the violin music of Sergei Prokofiev.